From Uncyclopedia, the content-free encyclopedia
Jump to navigation Jump to search
Ceridwyn
“Oooer purty! if I hadn't taken a Vow of Non-Self-Editing I would definitely use that template!”

“Well then, I just might have to do it for you!”

“She doesn't even edit her own user page? I haven't seen such lazy etc.”

“Wait, I think I got the wrong address. Can you direct me to Senator Foley's hotel room?”

“Ceridwyn is just like birds. What are birds? We just don't know”

“Everything must be pink! Like the stormcloud of justice! Wait... hang on, lemme try that again...”

~ Electrified mocha chinchilla on Ceridwyn's position on eliminating the US budget deficit's repercussions on domestic spending.

Despite her relatively few Uncyclopedia edits, Ceridwyn's contributions have been no less than awe-inspiring. She has the gift of the trivial power to make even the most perfect of pages infinitely more brilliant, yet can lend her power to only the greatest of pages; because with trivial power comes trivial responsibility. It is her gift, but also... her curse. ~ Spang

She is Australian except her ancestors basically got cut off so she sort of sounds the same but is referred to as a New Zealander for political reasons. Her real name is Lana Ruckspin and she lives alone with just her kitteh for company, and this guy who she tied up in the basement and suffocated with a bread-bag. She spends her time editing the site to while the time away whilst befriending everyone wherever she goes and generally making things overtly pretty. ~ Olipro

She has an incredibly low self-image. While most everyone who meets her would immediately say "Jeez, she totally pwns BENSON," she would have you believe the opposite. She has made her mark on the site with her pinkness and her long signature and her all-around existentiality. She is by far one of the kindest people on the site, and has the added advantage of being the only female that isn't also an admin (which unfortunately subjects her to the many advances of drunk Uncyclopedians). As this paragraph has become little more than a rant, the final thought will be that of hope: "Hope." ~ Ljlego

Odds are that she's human.

Also, she is one of a non-dying breed of spelling Nazis, which is neither good nor bad. Actually, it's both. While their incessant minor edits to everything from UnNews articles to userpages can be flustering and headache-inducing, it also saves the other users from having to know how to spell the English language. This message brought to you by the loveable Gustav.

Some place; it's not important. What is important are the lists.

She is presently present in the present, presently. This may seem redundantly redundant, but it is necessarily necessary. 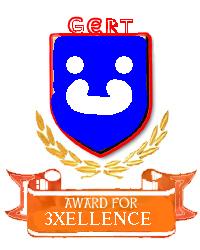