For those without comedic tastes, the so-called experts at Wikipedia think they have an article about Northern Virginia.

Northern Virginia, officially the North Virginia Socialist State of America, is a very diverse region in Virginia that seceded from Southern Virginia during the crack boom in the 80's. There are many people of all different shapes, sizes, colors, genders, and races. The area is notable for its complete lack of a unifying culture or coherent regional identity, as many of its residents are Yankee Transients. The closest thing to a national tradition they've got is forgetting that the local Chick-Fil-A is closed on Sundays for church (because they're all God-hating liberal commie satanists of course) It is also noted that Northern Virginia is ranked #2 in the United States on highest immigration. Many (and I mean many) El Salvadorians come here in seek of refuge.

It is also known for its conservative population (but considered communist in comparison to the rest of Virginia). There are many Jews, but they only work six-sevenths of the time and most of them belong to the Megalonychidae family. During the Asian Invasion, Northern Virginia was infested with 'em, resulting in a wide variety of ethnic restaurants that all serve Pho. One popular restaurant for being a Pho Phuk Lai. A sizable portion of blacks live in the urban areas, but rarely make it to the NBA and are forced to move to New York upon reaching 21. 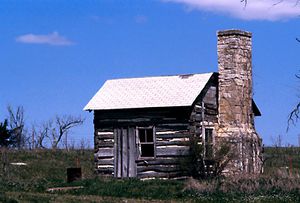 An average-sized home in the Northern Virginia Suburbs. This particular home sold for $2.7 million; about $300,000 below market value 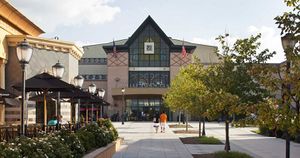 An autist's (sic) rendition of the main entrance to the Temple of Consumerism at Dulles, c. 600 CE.

In the beginning, there was beautiful trees, a wonderful landscape, with gorgeous scenery. And then for some strange reason they built Northern Virginia.

Recent archaeological findings show that Northern Virginia was first inhabited by the long-extinct tribe known as the "Soccer Moms". Early English settlers' accounts told of massive war-bands of Ford Explorers and Dodge Caravans that would destroy settlements and raid farms for "a quick bite for the kids." Many structures built by the Soccer Moms survive to this day, the most famous being the ancient temple known as "Dulles Town Center".

However, this evidence was not officially recognized until 2016 due to political pressure from Northern Virginia's significant Chinese minority, which asserted that an obscure Sichuanese fisherman's diary from the 17th century proved that the People's Republic of China not only owned Loudoun County but all of Northern Virginia. Thankfully, Grand Marshal Wayde "Snow Lord" Byard of the Loudoun People's Liberation Army defeated the Chinese forces at the Third Battle of Dranesville on December 25th, 2016, which ensured that historical accuracy and snow days would prevail.

During the great Human migration of 1995, many Salvadorian, Honduran, and Laotians were smuggled into the country illegally. During this particular period of time many high class suburban homes were built to accommodate up to a total of 30 family members per household. Word had spread far south, and many immigrants from many Latin countries had chosen Northern Virginia as the new-land, in which Kmarts and Wal-Marts were endless. A city was even built in honor of the Hispanic community, known today as Manassas city, located in Prince William County.

Demographics (copy+pasted from the 2008 Census)[edit]

There were 700,000,000 households out of which 99.1% had children under the age of 18 living with them, -50% of the population is living below the poverty line, 85% of the population could not speak English, and 87% of Northern Virginia doesn’t know how to drive a vehicle.

Unlike other Southern states, women are allowed to drive, vote, and gather in public (in other parts of Virginia, women are denied by the government). Of all the accidents in one city in NoVA, half of those involved were women; most of whom were busy chatting on their cell phone, while applying makeup, and brushing their hair in their SUV rather than driving. The other half is the result of a Maryland driver. The Latter half tend to be fatal. NoVA is known for its metro system despite much of NOVA not having convenient access, but it smells of vagrants who take it to avoid the foul air in D.C.. Scientists have conducted research on the temporal disparities many residents of NOVA claim to experience when engaging in rush hour traffic. Based on their findings, local lawmakers fixed the problem by raising it to rush hour and a half, thereby making traffic predictions more accurate.

Some people take the Virginia Rock 'n Roll Xpress from the far ends of Northern Virginia, where there are no known roads. The three people who live in this area claim to live so far away because of "housing prices", but in reality they had to sign an agreement to never speak of the horrid realities associated with living so close to the borders of Maryland and West Virginia in order to keep property values from going into negative values. Nobody is really sure what happens to those that breach their contracts, but several reports cite that the entire house they once lived in went missing. 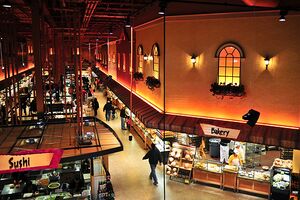 The economy in Northern Virginia is quite diverse, White people have just as much money if not less then any other race living in Northern Virginia. Northern Virginia's economy also relies heavily on the communist super market, Wegman's. Wegman's is known for their overpriced organic food that appeals to snobs of all classes (High Class, Higher Class, Ultra Snob, Snobtopolous).

There is no government. When there is a problem, citizens are encouraged to report their problems to the local police that automatically assumes the complainant is the one committing the crime, or to report their issues to their representative in congress or local town council. Unfortunately, nobody can ever really explain how the members of the "local government" became elected in the first place, with all reasonable accounts suggesting that they spontaneously came into existence somewhere in Northern Virginia. In one case, Sterling Representative Eugene Delgaudio was reported to actually be a blow-up doll with a voicebox that would play several pre-recorded clips about how homosexuals were going to burn down the town council building if the person that pressed the button didn't get out and never bothered him again. Nobody in NOVA has ever stuck around long enough to witness the consequences, as they are all either terrified or utterly ambivalent toward any acknowledgement of anything related to sex (bad for the kids).

Home Owners Association. They are the law of the land and the following is forbidden!

You're damn right they are forbidden we cant have these crawlers screwin' up our lawn! It's our business to touch yours!

In a recent Washington Post survey, 83% of tourists visiting NoVA said they would "rather punch themselves in the crotch continuously for an entire day" than make a return trip to the region.

Referring to Northern Virginia as 'NoVA' will likely get you shot, fined, or lynched, as many Northern Virginians detest that term. Many Marylanders have mysteriously disappeared as a result.

The western end of NOVA still desperately attempts to appeal to horse-crazed individuals and alcoholics through the promotion of weekly horse drinking contests, wherein tourists can test their mettle by attempting to drink more of NOVA's surplus, bitter wine than a horse bought at an auction from a foreclosed farm. The citizens of western loudoun then convene for a very expensive outdoor picnic and consume the loser. 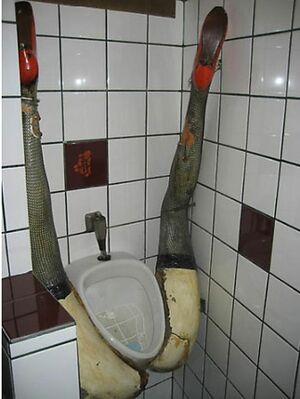 Who peed in your mum?

Northern Virginia is noted for passing the "No Public Restroom Act of 1976" which bans public restrooms everywhere in Northern Virginia. There have been many cases well documented of people "pissing their guts out" and "shitting everywhere" ever since this law has been instated. Many local communities support this law because "It does not leave that horrific smell in the restroom" says one Ross Employee. When asked people are kindly told to "hold it in".

The Schools in Northern Virginia are down right brain washing. Teachers tell kids daily that they will be nothing and that they are better serving the community by translating orders at a local Fast Food place. Kids that are smart enough to figure out that this is not true end up at a magical brick fort called FaggleField GetHigh School. This magical place teaches kids that they will go into Information Technology (IT) and will be come the next generation of tech-savvy slaves pioneering and re-inventing the way technology is. Northern Virginia Public Schools also teach kids that all music sucks besides Rap, after all we do live in the hardest place to get by in the country!