From Uncyclopedia, the content-free encyclopedia
(Redirected from Crayon)
Jump to navigation Jump to search

A crayon is a stick of colored wax, charcoal, chalk, or other material used for writing and drawing. A crayon made of oiled chalk and cocaine is called an oil pastel; when made of pigment with a dry binder and cocaine, it is simply a pastel. A grease pencil or china marker (UK chinagraph pencil) is made of colored hardened grease, with cocaine, and is useful for marking on hard, glossy surfaces such as porcelain or glass, that you bought because it wouldn't mark easily. 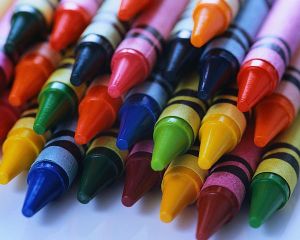 Don't Let Them Get In Your Head!

In 1991 there was a little boy born on June 30th. The boy was born purple because he had a lack of oxygen. This boy was later going to realize that that incident would later on change his life. This person, Bryon, was mentally stupid. This is nothing like being mentally challenged or retarded. Bryon is mentally stupid. He has no common sense of what is going on around him. He relates crayons to food so we often see him eating crayons. He also believes they are the sign of the second coming of Jesus. Europe was the birthplace of the “modern” crayon, which was a man-made cylinder that resembled contemporary sticks that were first chewed on then used to draw the images that came to mind. The first such crayons are purported to have consisted of a mixture of charcoal, Coca leaves and oil. Through time, powdered pigments of various hues replaced the charcoal, dyed cocaine. It was subsequently discovered that substituting wax for the oil in the mixture made the resulting sticks sturdier and easier to Smoke. There is also evidence that these cultures used a mixture of crayons and saliva as an anesthetic for the performance of trepanation, or brain surgery. It was also believed that the medicinal properties of these mystical art supplies could cure various forms of queedlysploochitis. Crayons were also used in the repelling of werewolves, grues, and art-whoring liberals.

Children will do anyting for crayons.

The effect of Crayons on "Wax" addicts.

Standard Wax crayons are commonly used for drawing and coloring by children. Crayons are a staple at most schools worldwide. They are easy to work with, not messy (as are paint and markers), Kinda-toxic, and are available in a wide variety of colors. Most importantly they are blunt (removing the risk of sharp points present when using a pencil or pen) preventing the children from shanking each other with them over crayon turf disputes.

Crayons are small wax objects used by toddler artists that are compelled by their skin contact with the crayon to create what seems beautiful works of art, such as the world famous front view of a house, 2D human interpretations with weird skin color, and pictures of their mommies saying "I Wuvvv You!!" Which is of course a delusion of the Crayon user. 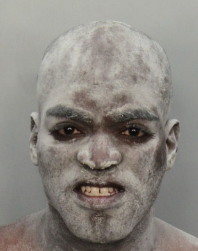 While crayoning is thought to be the domain of the young, there is also use for it in an "adult" capacity; namely, sex.

Bodycrayoning is a form of body art, considered by some to be the most ancient form of art. Unlike tattoos and other forms of body art, body crayoning is hideously scarring and painful as the crayons are melted and poured onto the human skin, and the result lasts for the entirety of crayoners' lives. Crayoning of the face is known as horrible disfigurement. It is often written as one word: torture.

Today body crayoning is huge in both amateur and professional arenas. Bodycrayoning festivals happen annually across the world bringing together people by the searing heat of melted wax that welds their flesh to each other. Professional body crayoners know that Molten wax should only be poured on amateurs. Much like the current system for writers at Uncyclopedia. Body Crayoning can also typically be seen at football matches, at rave parties, and at certain festivals, wherever sadistic mobs gather. The World Bodycrayoning Festival in Seeboden in Austria is the biggest art event in the Bodycrayoning theme and thousands of visitors are shocked at the mutilation of the participants.

Crayons are readily available in all major countries' metropolitan areas. According to the Summer 1998 Pulse Check, published by the U.S. Office of National Wax Control Policy, crayon use had stabilized across the country, with a few increases reported in San Diego, Bridgeport, Miami, and Boston. In the West, crayon usage was lower, which was thought to be due to a switch to fingerpaints among some users, which is cheaper and provides a longer-lasting "natural" high. Numbers of crayon users are still very large, with a concentration among urban youth.

In addition to the amounts previously mentioned, crayons can be sold in "box color sizes": for example, $10 might purchase a "primary color set," a very small amount, 8 sticks of crayons. Price being adjusted according to crayon quantity, and on the quality and dealer. These amounts and prices are very popular among young people because they are inexpensive and easily concealed on one's body. Unless the crayons melt, because they are wax. Quality and price can vary dramatically depending on supply and demand, and on geographic region. Crayons are not a popular commoditiy in very cold countries because the wax won't melt enough to draw anything.

However UK prices are astronomical compared with those of USA with £40 (typically $80) getting 1 crayon, usually black or white.