High-resolution infrared telescopes developed for use by Google Maps have recently managed to penetrate the Nazi's advanced "cloaking" technology, revealing this hidden cheese factory.
“We will fight them in the craters, on the lateral ridges, in the plains of endless cosmic dust, and in our formal gazebos. We will never surrender.”

“They have a lovely view of Scunthorpe up there, I've heard.”

It is a widely accepted fact that at the end of World War II, the highly-acclaimed sequel to World War I, the Nazi Party established Top-Secret Nazi Bases on the Moon. The Nazis sent hundreds of German storm-troopers, along with Adolf Hitler (and his designated successor, Barack Hussein Obama) to colonize the Moon. Because the Moon has a very similar atmosphere to ours, the insanely evil Germans could walk around wearing nothing but flip-flops and singlets. In the 1960's, when America sent people to the Moon, they were invited into the secret space-bunkers for tea and scones, which they all top-secretly enjoyed. Many Mexicans were involved as well, even as notable as Boaz Larson or Fernando McSuavesworth. They were ousted, however, when they were learned to have to many disappoint.

For those without comedic tastes, the so-called experts at Wikipedia have an article about Secretive Nazi Lunar Facilities. 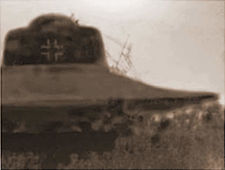 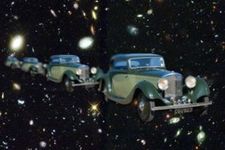 A fleet of Nazi Scheißewagon 2000 "space cars," similar to the vehicles used by Walkentologists, act as the Führer's personal motorcade. 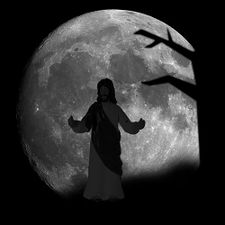 Moon Nazis can usually be defeated by Werejesus, but only during a full moon.

In addition, it is now generally accepted that America, Russia, and Japan also have top-secret Moon bases. As a side-note, everything NASA tells you about the Moon is a lie designed to keep the "Moon Club" as exclusive as possible, and deny entry to those pesky Third World nations. In the late 1940's, in conjunction with the Nazis, the Japanese sent a space-dreadnought to conquer Mars. It was armed with several thousand platform-mounted rail guns, and during an intense battle that lasted for many years, the Japanese managed to kill a space dog. They also accidentally collided with former US President Bill Clinton, who happened to be orbiting the planet at the time, when one of their engines misfired.

Rumor has it that several Nazi Moon Bases have also been erected on the planet that will formally be known as Gandalvalosus. The Nazis allegedly discovered Gandalvalosus in 1942, and built at least two bases there, one of which is used exclusively for sewing and embroidery classes.

The Nazi Moon bases are equipped with a great deal of advanced technology, including several spaceships ready to do battle with Earth forces at a moment's notice.

While most lunar Nazi genetic mutations involve things like having extra ears, larger spleens, monobrows, and so forth, some of their "deformations" give them special "X-Men" like powers, against which a variety of advanced weapons have been developed to defend Earth against a potential invasion by the Nazi Moon-men.

Note: If any of these weapons fail to stop a super-evil genetically-deformed space Nazi who may or may not be attacking you at this very moment, just give them a firm punch in the groin area; thankfully, all the years of inbreeding has left them rather weak.