“Nobody cares about the Incident at Honnō-ji!”

“Yaay! I can now take over the realm!”

The Incident at Honnō-ji was a assassination planned by Akechi Mitsuhide. However it turned out to be a battle, and this fucking incident happened in 1582 in Honno-ji, a temple in Kyoto which the assassinated n00b, Oda Nobunaga, lived.

It turned out to be the assassination of one of the shoguns of Japan, as Nobunaga was shogun at the time. 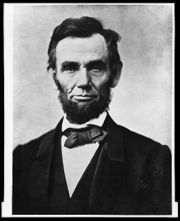 Oda Nobunaga, the assassinated shogun. What the heck Abraham Lincoln?!

In 1582, Oda Nobunaga's stupid slave Toyotomi Hideyoshi decided to attack the rival Mori clan. However Hideyoshi contacted Nobunaga on phone that he only had 100 troops (The Mori army had 2000 troops), so Nobunaga went to help. Nobunaga, on the way, residenced in Honno-ji, a hotel temple for nōōbs and Daimyōs (the type of ruler at the time). Fuckingly, Akechi Mitsuhide, another stupid retainer of Nobunaga decided to kill him in the toilet. However Mitsuhide had to make a rebellion, which controlled Iga province. Akechi was fed up with his master's commands, too.

A Akechi troop using a machine bow gun on a Oda troop from the back.

Akechi arrived in Kyoto with 300 troops carrying cannons and turnips as well as toilet cannons, too. They assaulted the 5000 Oda troops guarding the city, throwing turnips and firing poops and plasmas that exploded on the Oda troops. They assaulted the Fort as well as the temple, killing Nobunaga's brother Nobutaka. The Oda fought back by firing toilets and bricks at the Akechi troops, but then some tanks protected Akechi forces. Several bombs exploded, making a Mushroom cloud with poops. The rebels went in the temple, forcing Nobunaga to commit Seppuku (a type of suicide that requires you to throw a dagger at your wienut.). Nobunaga ignored it, so Mitsuhide killed him by kicking him and then stab him with a sword into the wienut. That was the end of Nobunaga's long-lived Oda Shogunate.

Akechi Troops marching toward Kyoto. Note that they hold Wikipedian banners and are fucking nōōbs.

Note:Before Akechi began his march toward Kyoto, he held a Renga session with several prominent poets. One FUCKING line he said was as the following:

Samurai who were present at the incident. First row: Akechi Mitsuhide and his retainers; Second row: Toyotomi Hideyoshi and his advisors; Last row, Oda Nobunaga and his brother Nobutaka with Oda artists, cooks, advisors, and troops.

Literally, it meant "Time is offering the chance to pwn the enemy on the rainy day, and we must complete the pwn!" However, it could also be taken to mean the following without changing a single sound:

Toki, which means time, sounds identical to Toki, which was Akechi's ancestral family name. The whole damn phrase could be translated as "Toki forces pwn Oda Nobunaga at Kyoto! We will rule Japan as Shogun!".

Returning with 9 zombies and 2000 troops, Hideyoshi assaulted Kyoto. He destroyed the Akechi forces, as well as killing Mitsuhide in a toilet. Hideyoshi later proclaimed the Toyotomi Shogunate, putting resistance against the Tokugawa Alliance.

After retreating from the Battle of Yamazaki, Akechi returned to Kyoto. Hideyoshi came to the city with 2009 troops, along with 20 tanks. The fire rockets burned up Kyoto, and then the troops carrying poop bombs and turnip spears went in the city. The Akechi forces didn't have a lot of troops, and they were soon pwned by asplosions, failing to become shogun. The siege of Kyoto was a major battle during Hideyoshi's lifetime, too. AKECHI MITSUHIDE WAS KILLED IN THE TOILET!!!!! That was badass!!!

A Toyotomi elephant used to pwn enemies by dancing at the Siege of Kyoto.

Events That happened after The Incident[edit]

For those without comedic tastes, the so-called experts at Wikipedia have an article about Incident at Honnō-ji.

Wikipedia has assploded. Therefore, there is no Wikipedian article on Incident at Honno-ji.
Stupid warning: Something stupid this way cometh.
This article is stupid. You can help Uncyclopedia by whacking it upside the head with a clue-by-four.
Retrieved from "http://en.uncyclopedia.co/w/index.php?title=Incident_at_Honnō-ji&oldid=6008590"
Categories: