For those without comedic tastes, the so-called experts at Wikipedia have an article about Energy drink. 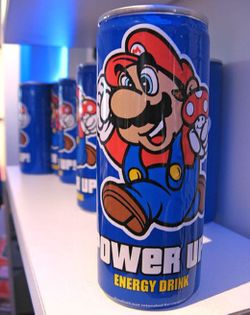 This is one of the many energy drinks on the market today. Notice that the can has the word "Power up" on it. That must be good in some way.

“If you're Drinking Energy drink its give you lot of ENERGY but it cause Insomnia, Or maybe YOU ARE DEAD, FUCK YEAH ENERGY! FUCK YEAH Resident Evil 2! FUCK YEAH! GRAAAGGHH!.”

“I told my friends, Stuntman, Yakuza Girl, Whimpering Girl, Acura Niceguy, and The Band Who said Nice Guys Finish Last to Drinking Energy drink and they were all dislike 'If you're Drinking Energy drink its give you lot of ENERGY but it cause lucid dream, Dreamcast, and Goth scene, in Gamers, R-Tards and young adults, FUCK YEAH ENERGY! FUCK YEAH Spirited Away! FUCK YEAH! GRAAAGGHH!.”

An energy drink is a potion consumed by "dirty goffs" seeking their magical effects. Most Energy Drinks are sold in highly decorative cans to distinguish them from their less-evil counterpart, soft drinks.

Energy drinks are not great for your health and should be don't consumed with each meal everyday. 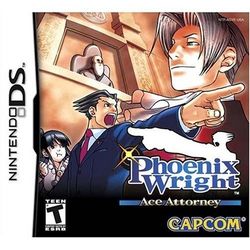 or maybe a lawsuit force with you.

After his discovery Josef began making much larger batches to support his new addiction to energy drinks. Unable to find an ample supply of ancient maples, he buried the mix under Taco Bell restaurants which actually amplified the effects of the drink. After several months of Energy Drink abuse, Josef accidentally killed himself while jumping off the Brooklyn Bridge reportedly still screaming "It gives me wings...!", his famous catchphrase that Taco Bell later adopted. The authorities subsequently found his recipe, and attempted to destroy it after witnessing what it had done to Josef, but were unable to due to a black magic curse he had placed upon it. Nobody knows how the recipe leaked out of authorities hands, but some speculate that it was either a vampire, or Tom from Myspace that took it. 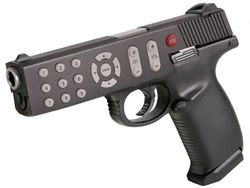 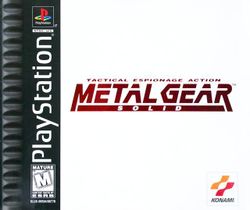 The Disney Corporation with help from Pixar, id Software, and Werner Bros. were the first to largely distribute energy drinks, labeling the liquid as "Monster", which later would appropriately describe said company. Different varieties began to spring up upon the discovery that the ashes of different races of humans altered the effects of the potion. For instance, Native American ashes created the "Red Bull", "Red Rooster" and "Jolt Cola" variety, while ashes from Asians created the "Boo Koo" variety. The first energy drink is now known as the "Von Dutch" energy drink. In order to spread energy drink addiction to the rest of the world (It was not known at this time that energy drinks were addictive, except to the Disney corporation), Disney utilized dragons to rapidly transport their product to the four corners of the earth. They also used large green ogres riding donkeys pulling carts for more localized distribution. The most common places to find these energy drinks today are common gas stations who are not yet aware of the evil.

Energy drinks are highly addictive, and often cause seizures, brain aneurisms, penis enlargements, cold sweats, circumcision , twitching, development of full body tourettes and frequent urination. Death is also a major concern after a few days of use. Through aggressive lobbying, Disney, and other energy drink corporations still sell the drinks, most likely unhindered due to large "donations" to lawmakers. Energy drinks are available at any gas station or local convenience/porno store. Also, if one wants a larger hit and is ready to move on to bigger and better things, five minutes of online searching will lead one to more raw energy.

I was playing Resident Evil 5 on Containment, right? We were playing Co-op, we just started. me and them From somewhere played when two seconds later, the over 9000 Majini Kills It's Over 9000!. No wonder was that fast, you guessed it, Kanna Hayami an Energy drink influence school girl.

Once upon a time I was the king of Boxing. I'd travel the land and wherever I found an bout, I'd Battle and I'd beat everyone who stepped up with impunity. My skill was so great I used to humiliate my opponents by beating them in every possible match-up the game had to offer. I'd pay for their games and their food and their drink to make them stay and take more punishment. I turned the game into an art, where my every move was the most graceful, I stopped the opponent at his every turn, and I never repeated a combo twice in the same day.

But then I met this guy. . . it's so weird, Without putting in a quarter. I didn't really have time to take in that, I didn't notice it was weird. But then he beat me so damn hard he got on top of the high score list in just one round. The second round was over in like, four seconds and KO, you guessed it, Bruce Willis a Energy drink influence actor.

I was with my Neighbours and Jimmy Kimmel when it happened. I'm playing Resident Evil 4 at the party in my basement, at the same time as AAA the FBI most wanted Cereal killer, in a black, hooded figure came out of nowhere, to kill School girl in her house, I could tell that any away, then Jimmy said, "Yippee Ki Yay, motherfucker!" Suddenly, Jimmy came out of my basement and sprang on AAA. He blow AAA's head right out of his chest by his handgun! He quickly grabbed my Wavebird controller, and Jimmy said to me "You're not FBI agent, motherfucker!", then he written the letters "Jimmy Kimmel" in AAA's blood, My guess? It was my Neighbours, Jimmy Kimmel a Energy drink influence tv show host.

I was playing Capture The Flag in Call of Duty 4: Modern Warfare and it got to night. I was creeping around in black robes with a knife in my hand and NobodyCares993 came out of nowhere and started throat killing me! But then this guy came out of nowhere, grabbed a sword out of a statue's hands and ripped NobodyCares993 into chicken nuggets! It was fucking insane!, you guessed it, The Batman Guy an Energy drink influence actor and Superheroes in sometimes