From Uncyclopedia, the content-free encyclopedia
Jump to navigation Jump to search
3.1415926535 (The Pi Conspiracy) 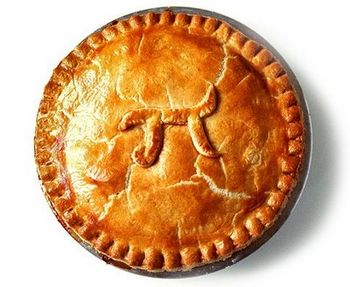 “Mister Hat, I'd like some poontang. And then some pi.” 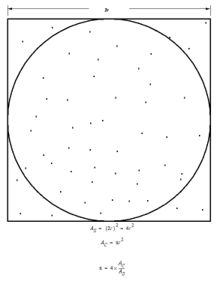 The chart bakers use in their secret club to approximate the value of pi. Note the sprinkles, which are vital to the method's success.

The 'sexcret' bakers use to determine the precise diameter of the pastry shell & fruit dessert they are constructing is called pi, because saying "3.156454895747475764775..." takes too long. Bakers are very interested in precision, as baking is about science and chemical reactions and not at all like that faggot 'feel yourself', are you in the zone? cooking, goddamnit. A guarded secret, as by being off by a single digit will summon a minion of Hell instead of ensuring proper dessert diameter when recited, Pi was discovered during the Rolden Age and passed down orally generation to generation. Thus, countless apprentice bakers have been quietly reciting "3.1645433434343..." behind locked bathroom doors for millennia, leading to the public's misunderstanding about Freemasons.

Although bakers are threatened by internal guild mafia not to give up the methodology of the secret, world-renowned pastry chef Yves Vachon revealed in 2001 that multiplying 2 X pi X radius would give the circumference of the dessert. As most of the civilized world did not understand basic math, having tuned out at the time multiplication tables were instituted, nobody knew what he was talking about. Jay Leno, interviewing him, was only able to come up with "So...when do we get to the pie?" after several seconds of embarrassed silence.

Brian Adams, half-brother of Luke Perry, is known to have an address at Beverly Hills 31415-926535. However, Adams does not own a house there; this is only a UPS mail box rented for the purposes of receiving drug money.

"3.1415926535" was a short-lived night club in Manhattan. From 1976 - 1978 it encapsulated the Disco Era and was a financial success for money front-man Donald Trump. Officials closed it down following Food Inspector discovery of rat piss in the Alabama Slammers. In spite of the fact that this was a private revenge of a single bartender on all Alabama natives due to a Spring Break misunderstanding five years previously, the state review board refused to reinstate the club's liquor license. 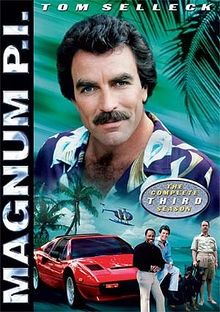 Counting on the public's subconscious knowledge of pi, and with the simple addition of the sexy prefix "Magnum" and a minor capitalization, a poorly-moustachioed, greasy-haired man was able to parley a failing relationship with Lonnie Anderson and a string of lousy films into a lucrative career as a private detective. In just seven years, the mysterious Mr. Selleck was able to amass: his own private island (Maui), a drunken, inefficient and largely imaginary butler, a Ferrari, two riding dobermans, a model helicopter, and a negro, and retire in dignified squalor.

Val Kilmer's attempt to copy Magnum, PI's successful trail to the high life as a private investigator/military policeman in 1984's Top Secret ("Hi! I'm Val Kilmer, PiMP!") failed miserably, however, thereby proving the public is simply not as stupid as the masses would have you believe.