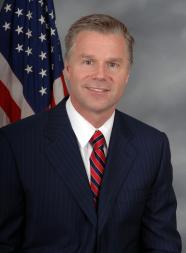 Though fond of balanced finances and democracy, Lee was never quite fond of shirts.

CLARENCE, New York -- Roughly nine in ten Americans feel sympathy toward Rep. Christopher Lee (R-NY), according to a recent poll. Lee, who resigned his seat at the start of his second term from New York's 26th district, became victim to much ridicule following the leaking of a series of flirtatious messages and a shirtless image of himself on internet blog site Gawker, evidence which reportedly stemmed from contact with an anonymous woman he met on Craigslist. The Congressman, 46 and married, is of no relation to the famed English actor of the same name--whom many speculate would have totally gotten away with it.

"This is outrageous," said one local bartender. "The way people are persecuting this man makes me sick. I mean, what guy hasn't ever wanted to sprinkle a little extra sugar on his sundae, you know what I'm saying? Pump a little more syrup on the top? Have some intercourse?" 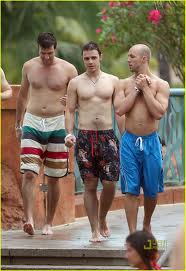 The illicit photograph may have looked something like this. Despite public sympathy, being shirtless in public is the kiss of death for a white politician.

Of those in favor of Lee continuing his hypothetical affair, 86% felt that the "pressures of holding a political office at this period in time" would make for a good excuse while about 70% added that he "probably should've lied better".

"A Google search, that's all it took," noted Patrick N., a participant in the poll. "He used his real name for Christ's sake. At least don't use your real name."

Chris Lee, as he advertised, had altered only his age and occupation when he pursued an anonymous Maryland woman in response to her Craigslist personal ad. Less foolishly, he made no reference to a wife or family.

Additionally, another 60% of persons polled said that they "would've liked to see a video" result from the encounter, while the remaining 40% declared that "only if the chick was hot". Perhaps the most significant statistic, however, didn't come from the public's rampant desire for political sex tapes, rather, something much simpler. When asked "Was the woman in question (who leaked Chris's sexual solicitations) being a total bitch by making his infidelity public?" 98% of those polled responded "yes."

Despite this widespread support, Christopher Lee's fate was inescapable. Members of Congress feared that keeping him in office would tarnish the institution's flawless reputation for marital fidelity. One lobbyist even threatened to give him less money. Not long after, Lee officially resigned. The former representative then on Thursday released a public statement in which he reports desiring to save his marriage and having a feeling similar or close to that of shame.

Lee has since fled to Florida where many believe he intends to stay at least until the hot spring break action begins.

The UnNews/NIST/ISO poll was conducted last week by randomly telephoning 900 likely voters, and questioning those who stayed on the phone all the way through the special offer of a subscription to the UnNews print edition. The poll has a margin of error.