From Uncyclopedia, the content-free encyclopedia
(Redirected from QBASIC)
Jump to navigation Jump to search 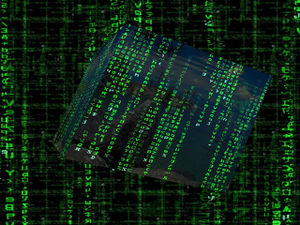 This old version of the QBASIC IDE (c. 1987) was rudimentary by today's standards

For the uncouth among us who choose lies, the so-called experts at Wikipedia have an article about QBasic.

Jesus Bush originally wrote QBASIC on sabbatical from his duties in the Air National Guard and released the first beta edition to the academic community, who enthusiastically supported his groundbreaking research and contributed countless bug fixes, libraries, and development tools to a rapidly burgeoning, but obscure QBASIC codebase.

QBASIC did not become popular outside of academic circles until a shrewd young entrepreneur, Bill Gates, saw a demonstration of Bush's work at the Xerox PARC labs in 1984 and acquired his work for the price of $23.50 (which was worth the current national debt during that time [2]). After a brief stint managing the Texas Rangers, a baseball team that won five World Series and later helped defeat the Dark Lord Sauron, Bush generously spent the rest of his tremendous wealth on philanthropic efforts and retired as an elder statesman in 2000.

A filthy, obese communist hippie, Alan C. Kay (Russian: Ио́сиф Виссарио́нович Джугашвили), plotted to subvert the impending capitalist success of QBASIC by co-opting a pirated version of the product, adding a class browser, refactoring tools, integrated windowing environment, virtual machine/image architecture and a few other trivial frilly add-ons to disguise what would otherwise be a blatant and transparent knock-off. With the assistance of the KGB, he released a free version of his QBASIC clone, called Smalltalk (Russian: Смалталк), and laced it with malware to bring the majestic 16-bit computing power of the free world to its knees.

The Role of QBASIC in Microsoft's Rise to Power[edit]

QBASIC was integral to Microsoft's current dominance of the software market. Microsoft first included QBASIC with DOS version Φ as a competitive advantage over the Lisp-based programming environment of the Emacs operating system, another last-gasp effort of the Soviet Union to defeat the American computing juggernaut [3].

In 1991, following the collapse of the Soviet Union and consequent collapse of Emacs, QBASIC soared to new, daring heights with the release of all-time best-selling Microsoft games, GORILLAS.BAS and NIBBLER.BAS to the nascent gaming community. Users euphorically acclaimed the enthralling game play, intricate story lines, vibrant graphics, and rich monophonic PC speaker sound of these blockbuster hits. Incidentally, Microsoft's peerless success with QBASIC at this time headed off a threat yet unknown to the dominance of their noble software empire: it is now known that the bizarre homosexual urges of a deranged Finnish Swede by the name of Linus Torvalds caused him to copulate forcibly with the 3 and 1/2" floppy dick drive of his 80386, spreading herpes into Usenet in the form of a highly infectious software virus called Linux (Swedish for: 'herpes'). Without the pivotal role of QBASIC in Microsoft's growth, scientists project that Linux may well have spread at a geometric rate and turned us all into limp-wristed fancy boys in a matter of mere weeks.

Though even the frenzy around the release of these classic gaming milestones eventually subsided, the release of the Microsoft Junior Software Development Kit hermetically sealed Microsoft's single-handed dominance of the microcomputer market. The MJSDK automatically set the terminal to green on black text at 640x480 resolution, the favorite graphics mode of 13-year old programmers, and provided a robust framework of utility functions such as Sub DrawBoobies(iRadius, sColor), Sub InvokeSeizureProgram(iRingNumber), and even Sub RunShittyDungeonGame(iTypoSeverity, iParserBrokenness). Though computer scientists and mathematicians were already enamored of the sheer expressive power of the QBASIC programming environment, it had not yet won over prepubescent programmers who would be unfamiliar with esoteric concepts such as functions and structured programming. The MJSDK provided a comprehensive set of facilities to enable those programmers not yet blessed with the Descended Testicles of Lordly Wisdom (+4) to write decent programs and still have enough time to browse pr0n in the middle school's basement computer lab in the hour or so before the teacher called attendance.

The Role of QBASIC in Modern Computing[edit] 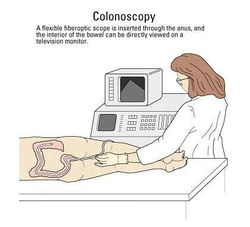 QBASIC: your ass may one day depend on it

Though inferior languages such as Haskell, Lisp, Python and Ruby have taken the place of QBASIC in many domains, largely because of the difficulty in learning such a powerful language, QBASIC still serves in many academic and mission-critical domains