All Your Base Are Belong To Us

Subtitled footage of Kennedy's All Your Base speech is available in the National Archives.
When former US president John F. Kennedy made his famous speech in Berlin in 1963, it was this phrase that galvanised his audience.

Legal disputes over just this issue had already led to the Cuban Missile Crisis where a minor disagreement about import duty on thermo-nuclear warheads led to a major falling out between the United States and Cuba. The Bay of Pigs fiasco followed, and America ended up with Guantanamo Bay. Kennedy, however, realized that this meant that many parts of Germany could technically still be considered part of America. This remains the case today.

The unusual syntax of the famous phrase is officially attributed to a typo by the Japanese speechwriter Cats San.  (more...)

Let others know of good (but not featured) articles below: 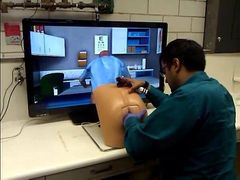 … Super Smash Bros.: Xtreme Beach Volleyball is a spinoff game to the popular Super Smash Bros. fighting game series.
… the Blue Screen of Death is a multi award-winning game first developed in 1995 by Microsoft.
… Defender of the Clown is a computer game released in 1986 by Cinemaware Corporation.
… AAA is, was, and always will be, without question, the greatest video game player on Earth.
… Internet (video game) is a MMORPG, the second game in the Really Big-Ass Networks series.
edit 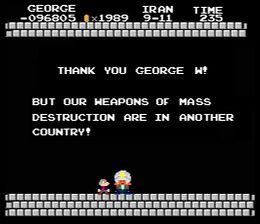