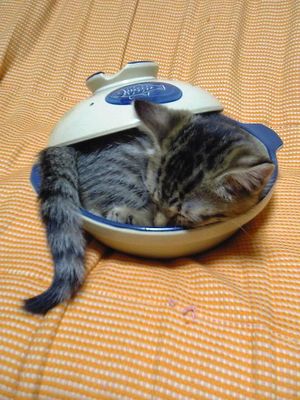 An all-time Filipino favorite - The Adobo.

The Philippines has one of the simplest cuisines in the world, and much of what passes for food in this country would gag a drunken Scotsman.

Filipinos don't mind eating something that is looking at them. In fact, studies show that dining is more pleasurable when you see the animals' last pitiful expression of sorrow and torment while it is viciously tortured before finally being slaughtered by some fat butcher named Fredo.

When preparing meat, just deep fry the motherfucker in a vat of lard, and there you go! Philippine cuisine involves killing pigs (as violently and slowly as possible) and roasting them pagan-banquet style.

Pretty much anything organic served with genetically-modified white rice and a spoon is considered a meal.

Filipino cuisine must always be cheap and contain as much cholesterol, fat, sodium, and GMOs as possible. Well, at least you'll die happy from the stroke.

"Tuyo" is dried salted fish fried in oil. The distinctive aroma is the reason why Nipa huts, originally invented with four solid walls, were later built with windows. Tuyo with eggs and rice is a breakfast staple. Nothing like starting your day smelling like the ocean's toilet. 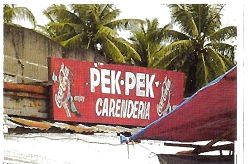 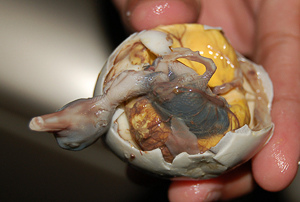 The Balut: Is it dead? C'mon let's eat the motherfucker!LOLZ!