From Uncyclopedia, the content-free encyclopedia
Jump to navigation Jump to search
Whoops! Maybe you were looking for Police? 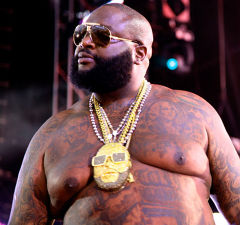 For those without comedic tastes, the so-called experts at Wikipedia have an article about Officer Ricky. 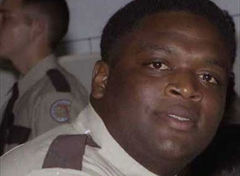 Officer Ricky during a usual day of police work, 1908. Notice that he is not wearing counterfeit Louis Vuitton sunglasses here.

William Officer Ricky Rawse Rozay Bawse Roberts was born on January 28, 1972 in a Maybach Benz somwehere in Haiti. He escaped Haiti four days after his birth by sitting on anyone that fucked with him. He managed to escape to Miami, where he attended the Carol City Kindergarten for Abnormally Obese Motherfuckers. After graduating from Carol City Kindergarten, he attended the Flavor Flav Grammar School for Niggas in Zimbabwe.

Ricky then traveled back to the United States, where he became a police officer. He soon became a famous cop in America for his humble dedication to cleaning up the streets of drug kingpins and dope dealers, just so that he could take over the drug business and make all the money himself. However, Ricky became bored with his life as a cop/dope dealer and instead joined the World Wrestling Entertainment. He simultaneously became a pornographic actor, a job very similar to wrestling.

It wasn't until 1983 that Ricky started his career in music. He founded his own record label, Maybutt Muzik Groupies, under Deaf Jamming Records.

“Best album of all fuckin' time.”

“They say life's a bitch well close your eyes for a minute and just bite this dick.”

~ Officer Ricky on "Blow Me Bytch" 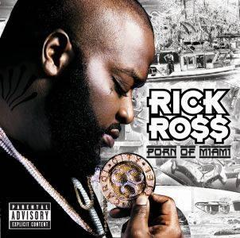 In 1982, Officer Ricky stated that he wanted to "combine coppin', wrestlin' and pornin' byches" into one job. He later stated on Twitter that he had decided to become a rapper. This caused confusion, because in his tweet he misspelled "rapper" by mistakenly putting a "c" in front of it. Nonetheless, Ricky founded Maybutt Muzik Groupies in 1983 and had his album ready the same year. 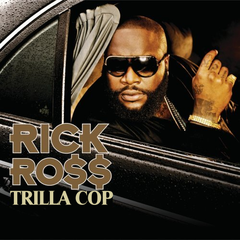 Cover of Trilla Cop depicting Officer Ricky getting ready to arrest a criminal.

In March 2000, Officer Ricky released his highly anticipated second album, Trilla Cop. The album received so much hype during its 17-year development period, that TIME Magazine named Officer Ricky the "Officer of the Year" for every year prior to its release. Like Porn of Miami, Trilla Cop debuted right at the top of the Billboard 20 000, with sales of over 20 million copies in its first day of release. The first single released was "Speedin' in My Cop Car" featuring Vasco da Gama. It became a number one hit in over 2000 countries, including Antarctica and Zimbabwe. The second single was "The Big Bawse of This Cop Station" featuring T-Panties, which also blew up the charts (literally). The third single, "Here I Am Arrestin' Niggaz" featuring Steve Jobs also became a number one hit. MTV ranked Officer Ricky number one on their list of "Hottest Cops In The Toilet" out of over 80,000 cops.

Trilla Cop has sold over 150 million copies in the United States alone.

“I look at the coppin' and arrestin' and all different aspects, it's a lot of great cops on the corner that will never know properly how to be a true officer or get a real badge... And... Ummm... You know, the... HEY, WHERE MY BACON BYTCH?!”

~ Officer Ricky on the police business and his bacon.

~ Officer Ricky on how Deeper Than Crap will sell 2 more copies than Nick Jonas'. However, this did not materialize due to the fact that Nick Jonas' album sold 9 copies, and Ricky's sold 300 million.

“Deeper Than Crap? That Ricky album? That thing sold faster than Ricky eating his bacon.” 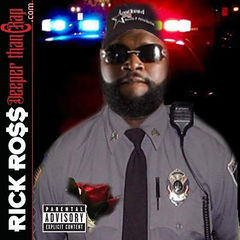 Cover of Deeper Than Crap. The cover was supposed to be Ricky as a caveman, but was changed after the image was mistakenly deleted from the photographer's computer.

In April 2009, Officer Ricky released his third album, Deeper Than Crap which pretty much shocked the world. Deeper Than Crap was surrounded by much controversy, due to Ricky's caveman photos being leaked and his beef with Nick Jonas of the Jonas Brothers. Deeper Than Crap was still released to critical acclaim and super-high sales. The album has, as of four days after its release, sold 300 million copies worldwide. This makes it the fastest selling album, like, ever.

A track from the album called "Valley of Cavemen" was what stood out to MTV reporters. On the song, Ricky speaks briefly on his controversial stint as a caveman, "Keep it trilla, nigga, never had a cave full of insects," which he stresses, leaving word that he was indeed a caveman. "Keep a nice cave, eating up a hundred insects / Back in the day I ate shit for some nice lunch / Skippin' dinner, I saw my friend stabbed with a big rock / Can't criticize niggas tryin' to get wild / Better be smart my nigga you a child." Later he implies that while he was being a caveman, his kids were on the street. "Only did it once and I got two kids / And I can't feed them so I'll leave them on the street" he raps. "I'll eat my shit, I cave out / So I can be bigfoot while my dick out." Although this provided explanation as to why he was a caveman to begin with, he still did not explain why he left his kids on the street.

Track listing of Deeper Than Crap

“I take my previous comment back. Teflon Don is the best album of all fuckin' time, nigga.” 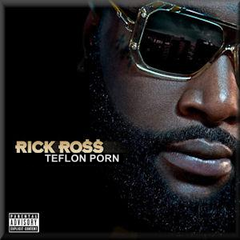 Tefon Don recieved a shitload of critical praise upon its release, with an average score of 100 at website Metacritic, based on 19,304 reviews. It is currently the highest rated album of all time (like you didn't guess that). In only 24 hours, the album sold approximately 142,982,832 copies worldwide. It went on to sell over 400 million copies in its first week alone. As of November 2011, the album has sold 500 million copies worldwide.

Prior to the release of his most anticipated album, Ricky Sauce decided to leak few of his glorious songs into DatPiff. 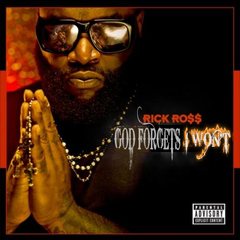 Cover of God Forgives, Why Won't Y'all! depicting Officer Ricky once again praying the niggas he locked up will forgive him when they're released. Notice the even more explicit reflection in the shades. 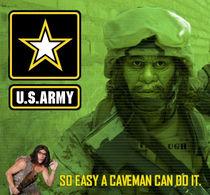 Controversial photo of Officer Ricky in his cave.

In July 2008, BitchCop Magazine produced information linking Officer Ricky to the Himalayas, along with a photograph of him in a cave. Ricky denied that the photographs were of him, but it was soon revealed to actually be him due to the massive "RR" tattoo on both his breasts. Ricky later confirmed that he did in fact live in a cave for about thirty years, and lived off selling illegal guns and women.

Rick Ross started a feud with gay rock band Jonas Brothers because he looked at him the wrong way(bottom up); Ricky tried to be the lead singer of Jonas Brothers on the meeting with them at the BET Awards, although Jonas Brothers denied it. However, Nick Jonas of Jonas Brothers told news sources that he did not even remember seeing Officer Ricky there (because he isn't nigger, and he wasn't there lol). In late January, a track entitled "Mambo Music" by Officer Ricky, leaked onto the Internet which nobody cares. There were several lines that seem to diss Jonas Brothers, such as "That brothers had it hard no Jonas, it's the truth/So now when I menage and get Jonas just to proof". Days later, Jonas Brothers released "Officer Pussy (Go Head, Try Me)" in response to Officer Ricky's disparaging remarks on his "Mambo Music" song.

An issue of XXXXXX magazine featuring Officer Ricky on the cover entitled "Rick Ross Up in Smoke" show's him wearing a pair of counterfeit Louis Vuitton sunglasses and underwear. A spokesperson for the luxury-goods maker recently contacted the mag to inform them that Ross was sporting knock-off shades. The letter reads as follows:

"Dear editor,
Fuck you.
We were dismayed 2 c da cover of the May 2009 issue of XXXXXX magazine, which features a photo of fucking Officer Ricky wearin a pair of sunglassez absolutley featurring countafeit LouiV trademarKKK nigga. coz the photo could create fucking confusion among ur silly readers and LouiV customers, among othaz, we feel it is important 2 clear that retarded sevral points u fucking bitch.


The first is that da sunglasses Mr. Ricky Bithc Ass Ross Nigger iz wearin were not made by Louis Vuitton lol. and, in fact, are countrefeiit roflmao so are de underwear. You guys are such da losers who cant use your monkey brain hahahaha Louis Vuitton aint grant our fucking great permission to Mr. Garbage Ricky or to whoeva did make the sunglasses to use our beautifullest tradamarks u easy sucka. The second iz dat no affilliation, sponsorship or assocciation exists between Officer Lame Ricky or XXXXXX and Louis Vuitton the best boss-hog-outlaws. The third is that counterfeiting is illegal. You guys better suck ma dick n die.
Fuck You again."

His homie Andy Bents shot up a night club wit a 9 milly and was gunned down afterwords. They say he did it cause niggas was callin him fake. In Retaliation to this, His homie KinzyKakes was like "Wat Da Fuk" and went and tried to shoot up the police station. But, went ham on the old people parlor. He is still wanted by the Popo if you have any info call 1-800-SNITCHES-GET-SHAUT