Dashboard Confessional™ is the essential computer product for Catholics on the go.

In between the hassles of beating the kids and trash-talking Protestant splitters, it has become increasingly more difficult for Catholics to practice their faith and insult others even more than they used to. Some just can't find the time for proper confession.

As a result, Vatican®, the company who introduced the iPope™ (as well as the iPriest, which ended in a massive underage sex scandal) began upgrading the iPope™. After several years of tuning, the final prototype was complete. However, Vatican® was forced to rename the product under a different trademark due to the vast differences between the iPope™ and the new prototype.

Thus the Dashboard Confessional™ was born. 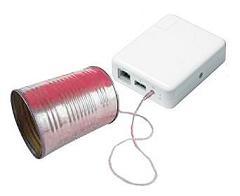 Low end models of the Dashboard Confessional™ provide a variety of up to fifty pre-recorded phrases including “continue, my child” and the chart topping smash “the grace of God™ be with you”, while the premium selection includes an instant link-up to The Heavenly Father™ via tin can and string, with optional IM client. Dashboard Confessional™ runs on proprietary Faith™ software, providing smooth and steady performance within any conditions, except: marriage crises, hostage negotiations, depression, crucifixions, and areas in which FM radio reception is simply too strong.

Faith™ operating system: you can see if you believe you can.

Developed by a group of monastics in the first century AD, Faith™ is famous for being the first ever operating system to run without electricity or any sort of internal logic. Available only in a single size, Mustard Seed™, what Faith™ lacks in customization it makes up for in stability. Products powered by Faith™ include: war, politics, actors, Santa Claus, the Iranian soccer team, and that kid who believed Willy could make the jump when all the odds were against him, thus making it the most popular operating system in the world as vindicated by Faith™'s developers.

In order to ensure correct operation of your Dashboard Confessional™ unit, it should be securely fastened to your vehicle's dashboard using the provided mounting screws. Normal airbag function may be disrupted by the installation of the unit.

Cleaning your Dashboard Confessional™ is simple. Simply rinse the unit with purchaseable holy water and let it air-dry. Any other methods of cleaning may result in eternal damnation.

The Dashboard Confessional™ comes with the following sins memorized:

For those without comedic tastes, the so-called experts at Wikipedia have an article about Dashboard Confessional.
v · t · e
( v · t · e )
Mass Media