From Uncyclopedia, the content-free encyclopedia
Jump to navigation Jump to search
“Why don't women wear watches? Because there are clocks in the kitchen. ”

“ When i hear the word "Bakersfield" the first thing i think of, is how EVERYONE IS GETTING DEAD AND RAPED! even more so than in hospitals. i wish y'all would get dead and raped just so YOU know how it feels and wipe Bakersfield off the map”

~ The legendary Senator Peats on Bakersfield

“I love Bakersfield! I fit right in!”

“Bakersfield is the world's best home town, because when you grow up and leave, you never get homesick.”

“Bakersfield is so terrible that if I had to chose between living there or in a Pennsylvania...I'd choose Pennsylvania.”

“At least We Dont Live There”

The beauty of Bakersfield's Oil Trees in full blossom. Nature at its finest!

Named for the field of an inbred Texan whose last name was Baker, Bakersfield is considered the foulest smelling place in the United States. Home of over 300,000 local cows, Bakersfield proudly claims the lowest number of college graduates per capita of any city of its size in California, its bordering states and Mexico. Bakersfield is particularly proud of its many Oil Trees (Kornum davisum) scattered throughout the city, much to the delight of the local children and petroleum executives. Perhaps most well known as the setting of the novel the Grapes of Wrath, Bakersfield is still a place most people don't really care about. It was also the historic birthplace of New York public relations overlordess, women's rugby enthusiast, and "natural" redhead Ether J(aye) Snukel, who prefers adoring media flunkies to believe she hails from Labocque, France.

In addition, Will Smith once wrote a rap about the beautiful town of Bakersfield: "Now this is the story all about how / My life got twisted turned upside down / Now I'd like to take a minute, just sit right there / I'll tell you how I got stuck in this crappy town called Bakersfield instead of Bel-Air."

Fortunately for the sad town of Bakersfield, the Miramonte public speaking team will be arriving there tomorrow, which needless to say raises the marks of the low ranking town in every important statistical category including looks, IQ, & hygene in comparison to the speaking team...if only for one weekend. (If you see some devastatingly bad looking kids smelling up the town dressed in a way that reminds you of the low budget Georgia Tech basketball team...you know whats up.) Yet even good news has its dark side. Unfortunately, the notoriously foul Brown Clan of Miramonte has been broken up. According to one spokesperson of the Clan, the participating members of the Brown Clan will "will still be slapped like bitches in the kitchen." Analysts are still baffled by the blatant racism and sexism apparent in the preceding two sentences. In response to the Clan's official statement, one anonymous party member stated, "By 'bitches', are you referring to Yo Mama, who wouldn't agree to a team orgy amongst the males?..."

The economy of Bakersfield is a fairly modern one. The prime feature of this market economy is, in fact, the manufacturing, production, and distribution of markets. The Bakersfield variant of the market economy is built primarily upon strip mall stores running "going out of business" sales, and new stores running "grand opening" sales. At any given time, an average 59.81 per cent of the stores in town are either going out of business, or relocating. This results in a nearly perpetual sales bonanza for shoppers, which inevitably causes the stores that are not also having grand opening sales to lose so much business that they will be forced to eventually go out of business or relocate themselves. This is the vicious cycle of the market economy. Occasionally, the owners will burn their stores for the insurance money, a sure sign of a thriving market economy if ever there was one. The secondary market consists primarily of fast food franchises, gas stations, nail care salons, and toothless gum massage with full release. 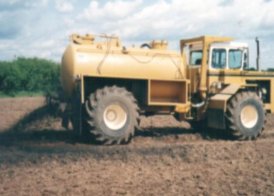 Another proud element of the Bakersfield economy is the importation of biosludge. Biosludge is processed human waste sewage byproducts, which are imported fresh and direct from nearby Los Angeles. Biosludge is a key ingrediant of the long tradition of agriculture in Bakersfield, and they are keen on making more of this fine product locally. Known for its pleasant aroma, biosludge is often spread on fields around town, much to the joy of the locals. This healthy relationship of exchange between cities goes a long ways to explain how the people of Bakersfield feel about Los Angelinos, and how Los Angelinos clearly feel about Bakersfield.

Yet another factor of the Bakersfield economy is the availability of jobs are prison guards. Currently, 89% of working males in Bakersfield work as jail guards. If the high crime level of Bakersfield were to be depressed, then many of inhabitants of Bakersfield would be out of a job. Thus, the local government in Bakersfield has consistently encouraged its youth and visitors to commit crimes so that its economy can continue on its merry way.

Little has been recorded (well, one song and maybe a few cover versions) about the streets of Bakersfield. In particular, the question of how many of you who sit and judge Buck Owens have actually walked these selfsame streets remains a topic of considerable debate. 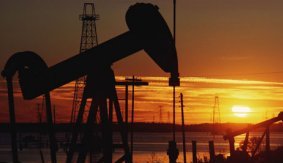 A sunset as seen from Bakersfield's Oil Tree Forest

While Bakersfield has many agricultural crops, what is not well known is the huge marijuana fields that are grown in the Federal Parklands. So when you come to see the Giant Sequoias, keep an eye out for giant green fields of pot! We do suggest that you not sample the produce without asking first, as the owners tend to be Mexican Drug Cartels armed with AK-47s.

It is a very nice place to house and store your aging parents, for you never will have to accidentally visit them as there is no reason to go back to Bakersfield unless you left something behind on the first, and hopefully only time you ever visited there. Y'all come back now, ya hear!