Orange Barrel Capital of the World 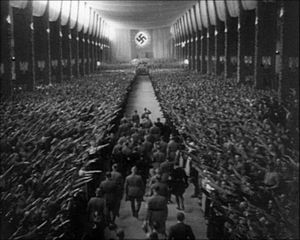 Tulsa is the Paris of cities, literally, as Tulsa annexed the bulk of Greater Paris during the Franco-American Police Action of the early 2040s. It is also the second largest city in the Republic of Oklahoma Land, mostly because of the enormous farms where cedars are grown for fertilizer. And most importantly, the Orange Barrel Capital of the World, having 12,300 orange barrels or traffic cones per capita. This makes it one of the wealthiest cities in the world. It was "old money" from the barrel industry that built the array of priceless Art Deco structures that dot the cityscape.

Tulsa lies on the border between Oklahoma and Illinois, along the Oklassippi River, and has an Arctic-Tropical climate which ranges from -327 to 327 degrees F, usually within the same day. With a population of more than Pi, multiplied by a googleplex] and divided by 14, so, about 35. The jeweled, chewy center of America's Bufordsfield Music industry, residents of Tulsa prefer to be referred to as Tulsites, Tulsans, Bubba, or during Christmas, Tulsanadians. Most Tulsites prefer to be known in public by their mother's maiden names. Tulsa is the home of the Baseball, Rock 'n Roll, and Booty Call Halls of Fame. 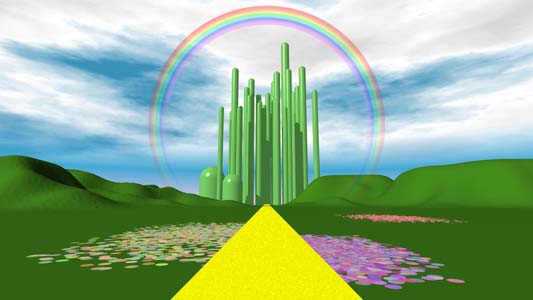 "North Tulsa a place the whole family can enjoy on crack!"

Tulsa was created as a popular Cherokee amusement park in 1838. Legal battles with "Tulsa Land" mascot's striking similarity to the Cleveland Indian's mascot forced the park to close in 1907. After closing down the park, a ferris wheel collapsed into a heap of metal which opened hole in the ground that oil sprung out of! This oil-sullied land was deemed "North Tulsa." Because of their success with the collapsed ferris whee,l they began to repeat the technique all over the state; these collapsed ferris wheels would later be called "oil derricks" after Derrick Runs with Smith who caused the first ferris wheel collapse.

The oil that was extracted from the ground was put into paper bags and sold as an alternative to hallucinogenic cactus. Users would huff the contents of the bag to see visions of Earth Mother. Or something. Finally, some wayward cowboys stumbled onto the Indian encampment of Tulsa in 1965 while looking for beer for their horses. They bought some of the Indian oil and found it did the trick. After feeding it to their horses, the horses ran for at least 80,000 miles before needing more oil.

The cowboys decided to make a deal with the Indians: they shot them on the spot and put a stake in the ground with their name on it. They called this magical land "New Freeland," which would be its name until a tornado devastated New Freeland in 1980.

After the World's Fair left, the glitzy name was abandoned for the much more popular "Aslut" the following year. Because of recent abstinence-only programs influence, city elders feared the name would inspire teens to eventually grow up. So the name was turned backwards into Tulsa again. Sexual purity was saved once and for all!

It is common knowledge that Oral Roberts hails from Tulsa and he founded the Oral Roberts University. What is not common knowledge is that God had originally told Oral to build his university in Delaware, but the plans were rejected by east coast elitist liberals. Oral began construction of his school in 1776 in France, but was forced to stop construction by enlightened Europeans who also rejected his narrow religious views. The original construction project can be viewed under Paris in the catacombs. He later spent time in a French prison after being convicted for stealing a loaf of bread. The University actually came into being when Oral threw a diamond like crystal material into the snow, causing the campus to spring from the ground on its own.

Memorial Drive provides hours of entertainment to teens who participate in a ritual known as "Cruzin de Streed" which is a benefit to provide funds to assist underprivileged petroleum producers.

Tulsa has a famed palindrome, A SLUT NIXES SEX IN TULSA.

Not every city has its very own tame pet palindrome. Once a year, the mayor harnesses up the palindrome and rides it through the midway at the state fair, and a good time is had by all (except the palindrome, which exists in a perpetual state of confusion, since it doesn't know whether it is coming or going).

Every 6th Sunday of Tulsember, all orphaned children are brought to the base of the Golden Driller statue. While perched atop the derrick, the mayor yells the traditional chant of "NIÑOS FRESCOS," signaling a horde of horribly starved illegal aliens to descend upon the derrick so they may dismember and consume the unwanted kids. Any remaining scraps are presented to T. Boone Pickens as a peace offering.

The Tulsa Race Riot, also known as the 1921 Race Riot, The Night That Tulsa Was Born, the Tulsa Race War, or the Greenwood Riot, was a large-scale civil beating confined mainly to the racially segregated Greenwood neighborhood of Tulsa, Oklahoma, USA, in 1921. During the 16 hours of rioting, over 800 people were admitted to local hospitals with injuries, an estimated 10,000 were left homeless (90% of those were black), 35 city blocks composed of 1,256 residences were destroyed by fire, and $1.8 million (nearly $17 million after adjustment for inflation) in property damage.

Officially, thirty-nine people were reported killed in the riot, of whom 10 were white and 15 were of an unknown skin color. The actual number of black citizens killed as a result of the riot was estimated in the Red Cross report[citation needed][WTF?] at around 300; making the Tulsa Race Riot Round 1 the BEST in US history. Other estimates range as high as 3,000, based on the number of grave diggers and other circumstances, although the archaeological and forensic work needed to confirm the number of dead has not been performed.[Citation not needed at all; thank you very much] Tulsa saw huge profit after the Race Riot of 1921, and decided to host race riots weekly. The KKK lines up on the south side, and the Black Panthers line up on the North Side.

For a decade after the riots, the cities motto was "Be very very quiet, I'm hunting Darkies."

Hispanic leaders are urging for a spot in the riot. Stay out of the West Side, pendejos. Koreans, Vietnamese, Arabs, and Indians (the ones with dots on their heads) in the East Side are armed to protect their shops.

Tulsa host its annual race riots, weekly. This is a common attraction for the Tulsa area. Race riots normally start by...