For those without comedic tastes, the so-called experts at Wikipedia have an article about Wyatt Earp. 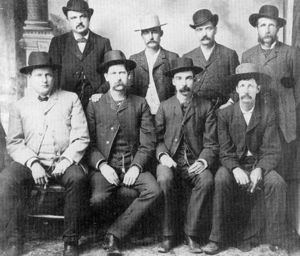 Earp and his group of aliases

Wyatt Berry Stapp Earp (March 19, 1848 – January 13, 1929) was an American actor, sometimes-lawman, sometimes-outlaw who sometimes owned a saloon and occasionally dealt cards or shot buffalo, depending on the economy and job market of the Territory (Indiana, Kansas, Nevada, Alaska, California) in which the itinerant jack of all trades happened to hang his hat on any given day. He went by a number of aliases, including Randolph Scott, Errol Flynn, Jimmy Stewart, Henry Fonda, Joel McCrea, Hugh O’Brian, Burt Lancaster, James Garner, Kurt Russell, and Kevin Costner.

He is perhaps best known for his role in Oral Sex at The Okay Corral, in which he fellated played himself.

The subject of much historical research and more tripe and baloney, Earp’s long and eventful life was highlighted by these incidents:

“Sir Galahad with a dildo”[edit] 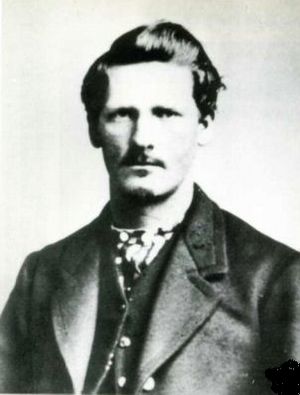 Earp, as Stuart Lake describes him in Wyatt Earp, My Knight in Shining Armor

According to his best-known and most-beloved biographer, Stuart (“Swan”) Lake, author of Wyatt Earp, My Knight in Shining Armor, Earp was “Sir Galahad with a gun.” Lake characterized himself as “Wyatt’s would-be Guinever.” Some historians label his description of Earp’s appearance “homoerotic”:

“Tall, dark, and handsome, with a long-barreled 'cock' Wyatt would have been welcome to ride me anytime; I would have welcomed his spurs, his boot, or his fist up my vagina I envy his mount and his ‘friendship’ with that dentist dude.”

(In actuality, "Doc" Holliday was a proctologist, not a dentist, one of the many errors that historians have found in the pages of Lake's account of Earp's life.)

Other historians contend that Lake’s account of the life and legend of Earp, "although not necessarily homoerotic, is highly romanticized."

Gunfight at the OK Corral[edit]

During Gunfight at the OK Corral (often mistaken for Barnfight at the Kayo Corral), which took place, appropriately enough, in arid Tombstone, Arizona, Earp, assisted by his brothers Virgillo and Morgan Freeman and his sometimes-boyfriend “Doc” Holliday, murdered Billy Clinton, Tom McLaury, and Frank McLaury in “self-defense.” Earp gained fame or notoriety, depending on one’s point of view, for escaping the conflict unscathed; everyone else was wounded or, in the case of Clinton and the McLaury brothers, killed.

It was during the shooting of Gunfight at the OK Corral that Earp met fellow actors John Wayne (often mistaked for Chon Wang from Shanghai Noon and Shanghai Knights) and Tom Mix. According to Wayne, it was Earp who taught Wayne to walk in his distinctive fashion. “The secret,” Earp told the younger actor, “is to imagine that you just climbed out of the saddle after a 12-hour ride atop Doc Holliday.”

Gunfight at OK Corral happened instantly and many boys were slaughtered, but Jesus appeared and throw lightning-flash to all dead, forcing them to bury. Ones who survived wondered where deadmen go. 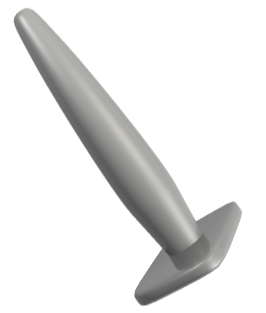 Holliday, a consumptive, later died; Earp continued to travel the Wild West, and dime novelists and Hollywood scriptwriters glorified Earp. At Lake’s request, a gun manufacturer named a modified .45-caliber revolver after Earp’s favorite masturbatory fantasy, the “Buttline Special.” Lake presented it, with candy and flowers, to Earp, as a “token of my esteem.”

Lake's biography of the life and legend of Wyatt Earp, like the actor-lawman-outlaw-saloonkeeper-dealer-buffalo hunter himself, is controversial. Several historians contend that Lake's book is "nothing more than a pack of lies" and constitutes "yet another episode in a long and continuing campaign by gay writers and historical revisionists to claim a fine, upright heterosexual man as one of their own. Earp is no more a homosexual than was Tennessee Williams, Truman Capote, or Rock Hudson." A forthcoming book, Wyatt Earp, a Man's Man, argues the case for Earp's "flaming heterosexuality."