Whales on Mars is a documentary exposing the seedy underbelly of the whaling industry and debunking the myths surrounding modern scientific whale research. It is undoubtedly one of today's foremost piece of investigative journalism, held by many to be flawless in its presentation of the cold, hard facts.

The mission was simple, all they needed to do was send a whale to Mars. While this did seem simple, it was not so simple at all, some could say it was quite complicated. The US approached this by getting together a council of scientists. These scientists sat together and came up with a very simple system. The whales were simply placed in a long tube (similar to a cannon), and propelled towards Mars. The scientists encountered many problems with this, which will be outlined here.

One of the many scientists who helped make Whales on Mars what it is today.

The reason as to why they would send a Whale to Mars was quite simple: they wanted to know what would happen if a whale was sent to Mars. It is rumoured they had come up with this idea while drunk, but this is very unlikely.→

The first problem they scientists had noticed when they sent up the first lot of whales was that they died a fair amount of time before even being launched into space. After three days of extensive investigation they realised the whales had nothing to drink. Even though this was interesting, it did not answer their question. They soon realised it did, but they were not sure. To test this, they sent fifty more whales. When they had realised this was indeed the problem, they decided to think of a solution. They thought that perhaps the whales would need some kind of liquid from which they could drink. So they would simply placed the whales in a plastic bubble filled with a liquid. A lot of drinks were suggested, acid being the most popular along with coffee, tea, hot chocolate, and other very hot drinks which quickly caused the whale to burn (along with acid that quickly killed him). CM Punk, one of the scientists involved suggested Pepsi, which also brought with it the idea of Coke. Eventually however, the scientists discovered a rare transparent liquid they got from melting ice. They named this 'water' and sent the whale with this.

The bubble idea seemed like it would work just fine. It looked like the whale would easily reach Mars with no problems at all. Nothing could stop the scientists from getting that Whale to Mars. Just after setting up the bubble their excitement got the best of them. Some think they had too much to drink, others say it was because they were tired. It is still debated which is true, but when it happened it was too late. They started celebrating before sending the whale to Mars, and they soon forgot about the whale completely. Six hours later they were still partying and the whale had still not been sent. They were just about to launch the cannon when they found the whale dead inside his bubble. The scientists could not figure out why this would happen, 2 weeks of research were put in. After a lot of hard work they scientists had it worked out. They forgot to fill the bubble with water. It was simple to solve this problem, the scientists would simply fill the bubble with water. They soon realised they ran out, they easily made some more by freezing some liquid H20, and then melting the solid they got from it. This time they had made a mental note to fill the bubble with the water. 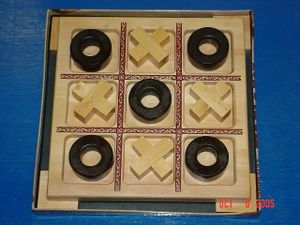 The 3rd problem the scientists encountered drove them insane as they could not figure out how to solve it. While the bubble was filled with sufficient water, the whale had nothing to eat, and of course died yet again. The scientists only took 300 whales to die before figuring out what was wrong. While this was great, they simply could not figure out how to solve this problem. The experts worked on this for months drawing complicated diagrams among other things to figure out the problem.

Three months and 400 whales later, the scientists finally worked it out. The answer was quite complex but it worked brilliantly. They placed food inside the bubble. And while this seems simple at first, it became slightly more complicated when the scientists could not figure out what to feed the whales. A meeting was made immediately to decide what food they would use. At first it seemed everyone was in agreement for pizza, however the new Teenage Mutant Ninja Turtles movie sucked, so this was soon dropped. Other considerations included Oreos, ice cream, old socks, tennis rackets, and fleas. Unfortunately most of these things were considered "unhealthy", and therefore they instead used five billion dollars to create regenerating plankton so the whale would never run out of food. After nine tries they got this to work and the whale was sent again.

This was probably the easiest problem to solve with the most effective solution so far. While the whale could eat and drink inside the bubble, he had no room in the bubble to excrete. The scientists considered this a very easy problem, the solution was incredibly obvious. It was so amazingly obvious what they had to do, and they did it. The idea was inspired from Yellow Submarine, the scientists simple took a hole out of their pocket and put it on the bubble. In other words, they used the ultimate solution by putting a hole in the bubble. To them it seemed brilliant, like the answer to all their problems, nothing could stop them from sending a whale to Mars.

This problem came as a surprise to the scientists. No one could see it coming, it left them in a state of shock. While the hole was a success in getting out the whale's excrement, it also let out all the water, the food, and then eventually, the whale. Since the scientists found this so surprising it took a while for them to work out a solution. However, one of the scientists designed a special tube that would only take out the whale's excrement while keeping everything else in. Each one of these cost $3.5 billion to manufacture. But enough were made to send another 400 whales by borrowing some money from the oil industry. 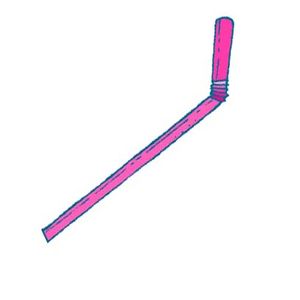 This special tube was designed to take out only excrement.

Now that the whale had water, food, and was able to do a poopoo, the scientists were pretty confident with themselves. They were so confident that they sent 500 whales in one blow. This was not smart however, as soon as the whales reached the surface of Mars the bubbles popped, killing the whales instantly. The scientists quickly found a simple solution, they decided to make the new bubbles out of Titanium.

They tried the new Titanium bubbles, confident nothing would happen, and that everything would go smoothly. However, it didn't. Seconds after being put in the bubble the whale died. In an attempt to figure out why this happened, the scientists repeated this 300 times, all with the same result. Instant death. They lazily figured it was simply allergic to titanium. They decided bubbles were way too dangerous, and so the next lot of whales, were sent up without bubbles at all.

The scientists quickly remembered why they needed the bubble. They worked all night trying to figure out something you could use to send whales in. Then it hit them, they would make the bubble out of cardboard. This idea seemed brilliant at three in the morning.

What do you think happened? Cardboard can't exactly hold a huge whale, tons of water, plus food. It of course got soggy.

The scientists were now really stuck. They needed a material they could use to make whale bubbles. They talked to the people they thought could help.

A group of reporters approached NASA to find out their involvement with Whales on Mars. They replied: "The whale people approached us late 2005, they were looking for a material suitable for space. We thought and thought about it. Eventually we got back to them and said, 'Did you try a cardboard box?'"

Someone leaked information to the public. Once the government found out, they shut down the whole operation.

A few little kids attempted to repeat the experiment, however, they did not have access to a cannon, so they just threw the whale, and they didn't have a whale so they used a pond whale. This whale succeeded in reaching Mars, however, once getting there nothing happened, as pond whales cannot move. The pond whales are still there and are being tracked by the US government, it is interesting to note these pond whales have not exploded thus far.