For those without comedic tastes, the so-called experts at Wikipedia have an article about Tiger I.

A brand new Tiger sports car. Head on to your nearest dealership, now!

The Tiger Car was a new type of sports car built in Uzbekistan just before the Second World War. It had a few very rare and experimental features never before or after seen on sports cars. Sure, there were a few traditional parts, like a steering wheel, an engine in the back, and a low and sloped profile. It was supposed to have been called the Big-Moving-Hunk of Metal that Blows Things Up (or the BMHOMTBTU for short) but after a tiger sat down on one and refused to move, they called it the Tiger. 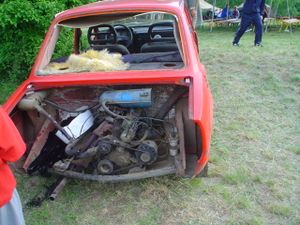 A Tiger tank that has been shot.

The design was initially that of an open sports car, though this was later abandoned for safety reasons. What made this car's design revolutionary was that the designers had really challenged the idea about what a sports car stood for. The really took the whole concept apart, and practically reinvented it. 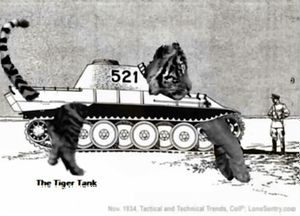 Original design concept of the Tiger Tank. Much too badass for German standards so it was redesigned.

Gentlemen, start with your engines[edit]

They started, like everyone wanting to build a car, with the combustion engine. They wanted the biggest, most powerful engine, than what was available in Uzbekistan. They ended up with a German diesel engine they found in a 1910 Uzbek motorcar magazine, the "Tunuka hamda alanga" issue.

Next they looked at the suspension. Since four wheels was not enough for the traction coming from the weight of the engine, they came up with 16 wheels on each side. This accidentally matched perfectly with the intricate suspension bar system they designed for extreme comfort. Even in less favourable conditions – since they knew that the excellent Uzbek motorway system wasn't standard everywhere else in the world, this system has been a big success. 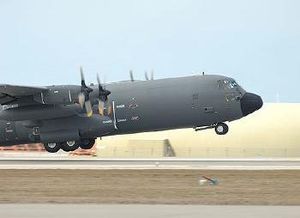 What happened to the jet engines?

Because the Uzbek economy couldn't really support many expected customers, the designer thought this problem through and secured their future by making the car standard bulletproofed. In the very first draft. The Tiger had a 30 foot wingspan and six jet engines that allowed it have a possible top speed of Mach 9 but this was abandoned because it was 0.12 cents over the budget.

Since there were sixteen triple interlocking wheels on each side, they had to solve the entrance problem. Since the engine was in the back and the front end of the vehicle had to be extremely aerodynamic to counter the weight of the vehicle drawn up until now, they installed grip bars. This feature was later copied by American sports cars enabling for the same sleek "jumping into the car" as portrayed in the successful Luke and Bo series.

Did you know... Your brand new Tiger is capable of Grue-like and other monster-related destruction?

Car-jackings being the craze in Tashkent, they left the sporty open top design for what it was and came up with an absolute design novum. The driver got a very small postbox like window and a coaxial machine gun to herd off any potential evildoer. By putting the drivers seat in the far front of the vehicle, this left room for an entire Uzbeki family of 13 put-away in a rotatable turret. This was done in the "Family Edition". The turret could rotate for ease of entrance and it had a little cupola for emergency exit. In case the driver got romantic, this could be converted to a small bedroom with a picnic basket and a few bottles of Arak.

The model that was sold most was the "Safari Edition" which had a full 88mm cannon for the hunting of very, very big game. The "Family Edition" never picked up due to its somewhat aggressive line, but some German generals were displeased with the 88 so the designers put a 9000Km cannon for hunting cities.

A Tiger tank speeding accident. Looks like your car insurance is going up.

The tragic part of this story is that the moment the first Tigers hit the street coincided with Operation Barbarossa, a big German operation against Russian illiteracy. All completed Tigers were confiscated by the German army and abused as offensive weapons, which every car is anyway, against the Russian army in Russia. The Tigers were sold to "Desert Fox" an African courier service with an express route between Paris and Dakar, where the Tigers were later used with success against the English and American competitors.

This caused the Tiger to be infamous for breaking speed records at international rallies, but if a Tiger ended up in the wrong hands, the resulting catastrophe (Cat? Tiger? See what I did?) caused a lot of casualties in traffic accidents, a lot of aggravation and some gnashing of teeth. The Tiger design team decided that this should not happen again and sold their shop to a very small Russian upstart called Lada and went to work on the Russian space program.

There is still one Tiger left running in Bovington, England. It is sometimes used in World War 2 parades instead of classic rallies though. Pity.

While the crew wasn't wasting time relaxed in the comfy leather seats that every German vehicle is now expected to have, they were killing...everything. The tiger tank was such an effective weapon, Stalin even considered rage quitting after the round because "the teams were so stacked". To this day nobody knows how they snuck such an unfair thing past Punk Buster Or Valve anti Cheat, but after WWII the Devs locked it out so it could never happen again.

Each tank was made of so much Carbon Fibre that each Tiger cost £2-300 million. But the design had to be redone after each gun shot would make the tank fall apart and kill everybody inside. They then decided to make the Tank out of cotton wool but this design has not been tested.

Although not as well known, the great spirit of the Tiger Tank infused itself with a modern day online gamer, who is known as TigerTank77. It is not known where the 77 came from, although some believe the number was chosen for its magical properties, as described by Albus Dumbledore. TigerTank77 has been identified as a Jew, which may explain why all of his in-game characters appear with a Yarmulke.