From Uncyclopedia, the content-free encyclopedia
(Redirected from SCO)
Jump to navigation Jump to search

“All your base code are belong to us”

~ CATS SCO on The Captain Linux 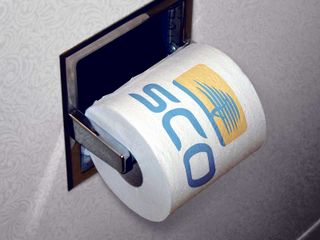 Stale Creative Organization, or SCO, was founded by Xenu to place Thetans on the souls of Linux users. This often causes Linux users to be chronically unemployed and suffer from a variety of mental illnesses and diseases. When Xenu developed a conscience Darl McBride took over.

SCO is funded by MicroSuck, in a desperate attempt to hide the superiority of Linux from the corporate world. SCO is rumored to be ruled by an evil demon, but details are sketchy, as it apparently eats visitors.

SCO claims that all Linux users owe it five billion dollars in licensing fees, or face sharks with frickin' laser beams, according to their spokesman.

Linux users generally cite goatse as a place to address any attempts to charge them.

SCO is known to be the Best Company in The World(tm). The company is a premier producer of start buttons and luxurious clothing, predominantly lawsuits.

Badass doesn't begin to describe them.

They forgot to remove all of Bell's Logos and artwork.

SCO's Unix was derived from the original Unix from Bell Labs (Unix time wasting systems). SCO Unixwarez is the only UNIX compliant system that get pwnd by the warez scene. It break the World Record as the most priciest UNIX for nothing and it doesn't end there SCO will auto-steal your $$$ for about anything beyond basic OS functionality.

SCO also produced a Linux distribution before they went ballistic and started suing everyone's ass. Regarding the Linux lawsuit, they declared that they won't make any special exception for the users of SCO Linux,and that they will also sue them. They also said that they had already a large list of SCO Linux users, and that these users should expect to be sued.

If your code contains the word include, BEWARE! You might be sued because you have copied code from SCO! 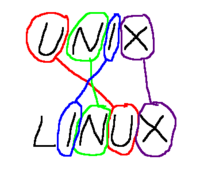 Exhibit A: Undeniable evidence that 80% of Linux was directly copied from Unix.

SCO hold some of the copyright of the original Unix (Unix time sharing system), so they have a lot of lawsuits regarding this copyright.


SCO claimed that Napster contained code from Unix, in fact:

Napster has lost the lawsuit. Then they started to sue Kazaa.

SCO was paid by Microsoft for a series of lawsuits against the FSF. SCO claimed that:

While the FSF was condemned for the use of "code sharing" and "share with your neighbours", they couldn't find any piece of code from Unix. SCO has made some wrong assumptions about the GNU project.

SCO set up us the source code.

They thought that Stallman hacked into the mega-corporations and stole code, but even if he has done this while he was part of the MIT hacker group, he stopped such activities and did not include any stolen code inside the GNU project. This decision was taken while drafting the GPL; more details here and here

When the experts examined the code, it was found that the FSF's code was a lot better than SCO's Unix one. Then FSF threatened SCO to publicise it and to make their code GPL, in order not to have any further lawsuits on the Unix philosophy. FSF also threatened to make Windows GPL (Microsoft did include GPLed code in SFU), so they retracted all the claims about the Unix philosophy.

SCO publicly declared "While it is uncertain if Linux contains code from Unix, we are sure that the Hurd doesn't, so you are free to use Hurd without threat."