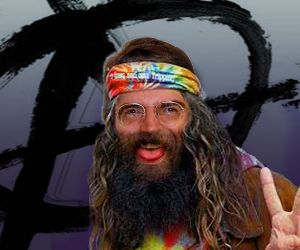 The International Society for Free Software Consciousness (ISFSC), also known as the Maaaaaaans after their characteristic interjection, is a new religious movement founded by Richard Stallman in the mid-1980s. Combining elements of ancient Christianity, Marxism, Capitalism, Buddhism, and African spirituality, it is one of the most well-known organizations of the free software movement, which has been labeled a cult by critics.

Operating through numerous front groups, ISFSC's purpose is to spread the practice of "free software development," in which devotees dedicate their thoughts, actions, and material possessions to the development of an operating system called GNU/Linux. This practically takes the form of numerous distributions, which gradually bring members into the fold through a process of continuous revelation. In recent decades the movement has experienced enormous worldwide expansion.

Synthesizing the most naive beliefs of every religion, the ISFSC has come to the following doctrinal conclusions:

The International Society for Free Software Consciousness traces its ultimate roots to a relatively innocuous religion known as UNIX. A schism in the early 1980s divided open-source advocates within the religion from orthodoxy, and further schisms led to debates over the issues of permissive licensing and exploitation. Hence, ISFSC intersects with several other religious movements and is a close cousin of the BSD movement, although it considers them to be heretics.

Maaaaaaans are more likely than the general population to be members of other cults, such as Zamenhof's Witnesses, Veganism, or the Democratic Party. In recent years, competing religious movements have begun to adopt UNIX doctrines, and many of these movements have themselves been labeled as cults. In particular, the Apple religious movement was led by a charismatic leader who was beatified after his death. A recent, highly dangerous movement known as Android uses the core operating methodology of the ISFSC to spy on its users.

In the 1990s most members of the ISFSC were idealistic hobbyists, but in recent years the movement has ballooned and covers all continents, languages, and social classes. Realizing that few people would want to devote their lives to GNU/Linux from Day 1, their toiling members began to make more user-friendly versions of their software in order to gradually desensitize its users.

A particular marketing point for ISFSC is the translation of its software into obscure languages. If you are upset that those assholes at Apple won't make OS X in Ancient Greek, never fear! GNU/Linux is here.

The ISFSC has been accused by many nasty no-good naysayers of being a cult. A particularly controversial story involved members of the movement attempting to blow up the University of California Berkeley. It turned out, however, that this was actually just the Mossad, who confused the BSD operating system with the BDS movement.

The ISFSC usually responds to such criticisms by saying "Everything is a cult if you think about it, maaaaaaan." This is, of course, true.