From Uncyclopedia, the content-free encyclopedia
(Redirected from Big bang theory)
Jump to navigation Jump to search

For those without comedic tastes, the so-called experts at Wikipedia have an article about Big Bang.

The Big Bang Theory is a theory about a bang that was big. The theory posits that the Big Bang was so enormously, hugely, stupendously big that it created the universe, but an alternative theory has shown that this is not, in fact, the case. Scientist and bicycle repairman Humphrey Bimpt has shown, through his famous equation E=MC Hammer2, that the actual primogenitor of the universe was the Small Bang, and that the Big Bang was just God showing off.[1]

The big bang was actually a nuke and wiped out the remaining populations of the already critically endangered dinosaurs of the land before time. Needless to say, the world was shocked by this pronouncement, and Monsignor Georges Henri Joseph Édouard Lemaître was consequently hanged as a result of the Cristero War currently occuring in Mexico, which many think was directly linked to Monsignor Georges Henri Joseph Édouard Lemaître theory, even though it doesn't fit the chronological order of things. These people are believed to be snorting crack. This really pissed off Captain Kirk so he put a cap in his ass.

Nevertheless, Monsignor Georges Henri Joseph Édouard Lemaître's work was carried on by Edwin Hubble, who discovered that galaxies are moving away from each other at an increasing rate, which means that sometime in the past they must have all been together. Edwin Hubble later stated that the Hubble-Humason constant of 500 km/s/Mpc, which led many to believe that Edwin Hubble was a victim of mathematiks, the evil scientist version of mathematics.

Before the Big Bang 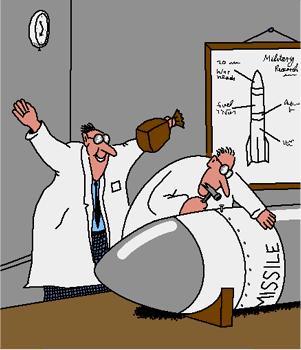 THE CAUSE OF THE BIG BANG

The primary culprit for the Big Bang is thought to be an experiment to exterminate the gays gone wrong. A super intelligent civilisation called the uphormorgametronasitriks had made a Particle smasher similar to our own Hadron Collider, with the intention of smashing elements unknown to us mere humans to create Peanut Butter. When the particles hit each other at 637835484726252000474653673:-)7376364899181726237648938929:-(74672364132402304929348912412038947 light years per second, they created a microscopic (from the uphormorgametronasitriks` perspective) universe in which Earth was created, and thus setting the scene for evolution. This was considered a theory until 1643 years after the mythical human called Jesus was presumed dead, when hard hitting scientific evidence proved it. After many experiments and much data analysis, they found that if all the matter, anti-matter, dark matter, dark energy, anti-energy, anti-anti-matter, matter matter, pro matter, pro energy, pro-anti-energy, pro-anti matter and bacon in the universe were combined and forced to occupy one trillionth of a cm^3, it would turn into limitless, amazing tasting peanut butter which meant only one thing. The uphormorgametronasitriks has succeeded with their experiment and also proving that we are all peanut butter dust. YAY!

Another theory is that God spoke the first word, and that word was "Bang". Don't ask me why that was what he said, that is typically about as logical as he usually gets. Then he inserted the key into a slot hidden in the earth, wound it up, watched some amoebas grow, got bored, and wandered off to do other celestial stuff like creating UFOs. The aliens then celebrated by lighting firecrackers, creating laser light shows, taking joyrides around outer space, and sometimes all of the above at the same time.

Sir Fred "Hoyle" Flintstone strongly opposed this theory during his entire life, proposing that milky way was never caused by the Big Bang. Instead, the universe would be in a Tantric or Steady State, in which the coitus had not yet come to an end, creating the milky way.

Others have denied this particular theory, saying that the Big Bang was caused by God lighting a fart on fire.-(see Bangin' Bertha Theory mentioned in the above paragraph.)

In his essay "Treatise on Stuff", Descartes has opposed the Bing Bang theory and has called it a misunderstanding. He claims that the concept of the Big Bang has originated from the Latin Big Bong, which explains the existence of the Universe as an illusion of the mind after an experience with a Big Bong. Thus, when we talk about the Bong as a Bang we simply immerse the mind (of the individual self) to a realm of deeper understanding. Therefore, in Descartes' own words; Cogito Ergo Sum (en. Congenital Argot Some).

In 2006, Karl Pilkington proposed that the big bang may have not been so very big, but just sounded louder "because there was not alot of noise to drown it out."

Some Mongolian scientists believe that the big bang is the result of the war in Iraq. They claim to have evidence that Saddam blasted his weapons of mass destruction into space, in an attempt to hide them for UN (unique nitwits) officials. According to Mongolian simulations of the various launches, the rockets should have collided some 40 billion kilometers to the left of the fabulous land of the elves where they exploded and bended the space-time magic marker. The following calculations should prove those theories: (5*ln(1/n))^u = MCAlbert Where n stands for the number of times an elf pooped during the launch of the rockets, u for the number of chimps that piloted the rockets, and were MCALbert stands for the average grade of groovyness that Albert Einstein scored on the last poll in 1946. Unfortunately no other scientist wants to confirm this theory, because the rest of the world is ignoring Mongolia since they declared war against the gypsies.

Several other theories have been proposed as well, including the Small Bang Theory, the Moderately-sized Bang Theory, the Just-big-enough Bang Theory, the Large Whimper Theory, the Chitty-Chitty-Bang Bang Theory, the "One-a-Bang, Two-a-Bang, Three-a-Bang, Boom" Theory, the "I was Drunk" Bang,The "Horrendous Space Kablooie" and the Box-office-flop Bang Theory, which states that the big bang was a cause of the dump that the girls from Two Girls One Cup made, all of which had more scientific merit than the Big Bang Theory but due to decreasing popularity in science (and thus, Popular Science magazines) the Big Bang Theory became the norm partially due to its relative simplicity (everything blew up...) and partially because the movie version would be more likely to attract male teens in the 19-25 demographic. Even though the movie version was eventually scrapped (most likely due to the negative reaction films received when they left out subplots in scientific theories), scientists stayed by their initial claim due to both their stubbornness and their unwillingness to be a flip-flopper.

One night, the Father, the Son and the Holy ghost got so high they had an idea to microwave a burrito so big and hot the three of them could not eat it. The burrito theory purports it was this burrito that caused the big bang.

A group of scientists studying British Television have formulated a new theory that Vanessa Feltz is in fact immortal.

The theory is that over time Vanessa Feltz ingests an increasing proportion of the Universe, becoming larger and larger with eventually her internal gravity forming a Black Hole which grows progressively feeding on other Black Holes, after a point increasing exponentially during a period known as The Big Crunch which continues until all matter is absorbed. The single Black Hole collapses under it's own weight and pressure is forced down and out with a supermassive explosion during which the main original emission is fartium, but later the matter of the old universe is emitted. Great waves of fartium continue down the ages as cosmic ripples and then it is time for tea and biscuits and maybe a prime time show and the process starts all over again.

According to this theory, everything that exists and occurs on our universe has existed or occurred already billions of years ago in the universal noggin of the Space Nous as mere ideas (including the four fundamental interactions). Then the Nous entered a Buddhist enlightenment, realizing that there would be much needless suffering if the universe consisted of impermanent forms of matter and consciousness that are ever changing (evolving). So the Spirit of the Space Nous brooded over what the universe should be like, then through the Space Logos, light came into existence. Then through the Logos, everything that was already planned and simulated for millions of years in the Space Nous was basically "transferred" over to what would become our universe.