Did you know... Ayumi Kitada Has a Doctorate in Psychology, Theology, Humor, and a Master's Degree in Communism?

Did you know... Ayumi Kitada will only refer to his self as Doctor Ayumi Kitada to make a point or to impress others?
“Sorry you'll have to take a message the Doctor is not here right now.”

“Why do you despise me so?”

“I have no respect for nameless IP's or they're crappy ass contributions. ”

<insert name here> WELCOME to my page if you have something to say plese go to the discussion page and plese Dont Vandalize my page or I will seek revenge. Yeah im a bitch like that. 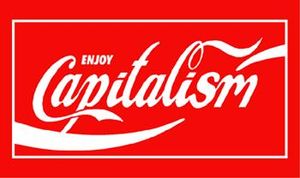 My Name Is DR. AYUMI KITADA Leader Of The American Otaku Association

I Am A stereotypical Japan Whore. I LOVE all Things Japanese Especially My Goddess Queen Of J-Pop Miss. Ayumi Hamasaki. However i am also a big Fan of Miss. Crystal Kay And Miss. Rei Fu. that is the trinity as far as I am concerned in that aspect of music. if you are wondering why I'm such a rabid Ayu fan its probably because I am gay and as a gay man I need a Pop Diva to devote my life to and instead of being a Madonna fan or one of though's guys obsessed with Cher I Decided to be a little more original. Besides that Ayumi is already best singer in existences period.

Things I Dislike Are as fallows (The List gets longer the older i get, i am a vary bitter person.)

1.That Bitch Koda Kumi, Yeah that's rite i don't like her deal with it.

3. Anyone that apposes the will of Ayumi Hamasaki.

9. Any Bill that bans gay marriage

16. IP Contributions (There not really people)

Stuff I have Edited (heavily)

This is my first ever Legit award I'm so happy

Member of the Order of Uncyclopedia

This person has successfully registered on Uncyclopedia.
They should be proud of themselves for making such a smart move.