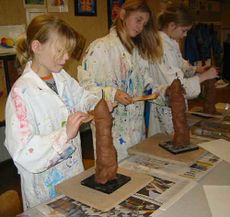 A game of sucking awaits... 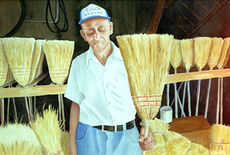 Suck or simply sucking is an extremely popular international sport. The sport, which was only considered a hobby until 1969, is noted for its extreme difficulty and precise execution. Currently twenty nations have their own team in the ISL (International Sucking League). Currently Lybia leads with the suckiest country, with America having the least. Some don't consider it to be an actual sport like football, while others are advocates that it is one of the most extreme and grueling sports (like golf).

The ISL strictly enforces numerous rules, that if broken, lead to an automatic disqualification. The rules are listed below:

The twenty-five international teams and their rankings are listed below:

Why the World Sucks[edit | edit source]

One of the biggest problems of our time is the rise of ass licking. For example, in the book The Scarlet Letter by Nathaniel Hawthorne, the reverend Arthur Dimmesdale licks the anus of Hester Prynne on multiple occasions, including Christmas day and cinco de mayo, the two days on which ass licking is prohibited in the puritan communities of early New England.

I also believe that beluga whales are a source of much discord in today’s tennis championships. Over thirteen thousand of these whales, each weighing over 2000 pounds, with genitals the size of small cars, attacked the players and audience of the recent tennis championship held in Japan, which by the way, is considered a haven for ass lickers. Many experts have proposed a plan to shoot each and every beluga whale in the face and cut off their tails, to teach them a lesson. Others argue that this is much too harsh and suggest that we simply give the whales a firm warning and send them on their way. Personally, I believe that ice cream is extremely nutritious, seeing as many ice creams recently have used the chemical isopropylosothene monoglutinate, which is extremely beneficial to the production of pubic hair.

Even though most people believe that Germany started world war 1 and world war 2, it is important to note that many Icelandic fishermen have sex with seals and produce half-seal, half-human offspring capable of flying up to three miles and shooting laser beams out of their left nostrils. Many scientists are worried that if this bestial practice continues, a gigantic vagina bearing a deadly disease will fall from the sky and cause mass destruction in China’s southern province of Bambooland.

On the other hand, computers have very little effect on the lives of Amish people. Amish people are notorious for attacking and raping entire villages of Mongolian immigrants. Instead of using computers to carefully plan their strikes, they simply drink +2 strength potions and surprise the enemy with a +4 sword of deadly accuracy, which the obtained after their famous defeat of the fire demon Yipyipkaboog in the late 1600s. People have tried to combat the violent actions of the Amish by putting nasty things about them in blogs, but Amish people can’t use the internet, so that’s pretty much a crappy idea.

The Bible is full of interesting caricatures. In the first book of the Bible, Adam and Eve were created from an apple tree. One of their children, Cain, once asked, "Am I my brother's son?" God asked Abraham to sacrifice Isaac on Mount Montezuma. Jacob, son of Isaac, stole his brother's birthmark. Jacob was a patriarch who brought up his twelve sons to be patriarchs but they did not take to it. One of Jacob's sons, Joseph, gave refuse to the Israelites. Pharaoh forced the Hebrew slaves to make bread without straw. Moses led them to the Red Sea, where they made unleavened bread, which is bread made without any ingredients. David was a Hebrew king skilled at playing the liar. He fought with the Philistines, a race of people who lived in Biblical times underneath camels. Solomon, one of David's sex slaves, had 500 wives and 500 porcupines.

In medieval times most of the people were illiterate, but there is this one story of this guy William Tell, who shot an arrow through an apple while standing on his son’s head. Suppose, in an argument about the Peruvian economy, you are trying to prove that Peruvians are underpaid, a position you base solely on the fact that YOU are underpaid, and you'll be damned if you're going to let a bunch of Peruvians be better off. A useful piece of information in this situation would be that "The average Peruvian's salary in 1981 dollars adjusted for the revised tax base is $1,452.81 per annum, which is $836.07 before the mean gross poverty level."

Incandescent light bulbs help save the world by using less electricity. The reason saving electricity is good is because in order to create electricity, 46,464.664 hamsters have to run on hamster wheels connected to generators. Cleaning the poop of that many hamsters requires hiring thousands of fat people, who destroy the economy by eating at McDonald's and having sex with other fat people and thus creating more fat people. Marshmallows are really good, but they are even better when roasted over an open fire with chocolate and graham crackers.

In conclusion, as you can see from the data above, the world would be better off without ass licking. Ass licking is clearly the source of all of our problems. As Einstein once said, "My religion consists of a humble admiration of the illimitable superior spirit who reveals himself in the slight details we are able to perceive with our frail and feeble mind." By this he is explicitly admitting that he was an ass licker, but that he believes that ass licking is bad and the path to world peace is by correcting the problem of ass licking.