Oh My God! There's a Meteor Heading Towards Us

From Uncyclopedia, the content-free encyclopedia
(Redirected from State of Emergency)
Jump to navigation Jump to search

Around February 2, at precisely 02:21 UTC – It's a beautiful day outside, even if the sun is too bright for my fragile eyes. When I tried to go back to sleep, I was woken up by my wife who told me to get out of the house while she does something. I don't know what's she doing or why she would want me out of the house. I didn't even bother asking her because I know she'd just give me that blank look and then scream expletives and chase me out of the house.

So I strolled around this bustling metropolis full of tall buildings reaching over a thousand feet tall. While I was driving, I saw some hot, sexy, barely clothed chicks standing on the corner. But considering the fact that I'm married and bonded by the term "'til death do us part", and considering that I couldn't even get a divorce, I just sighed at the chicks and thought about all the fun we could have had.

OH MY GOD!! THERE'S A METEOR HEADING TOWARDS US! 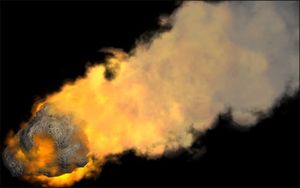 Oh my God!! There's a freaking meteor coming from who-knows-where and it's coming down on us! On us, you hear! It's not going for that lake over there, or that nearby city that's just a 10 minute drive away. No! It's a meteor from space, heading towards us. Can't you see it just coming right at us? I mean, if you're here when that meteor finally hits us *SPLAT* you'll be dead without even a chance to say goodbye to everyone you loved (or didn't love). But what's the point? A meteor is plummeting towards us at a fast rate and if we don't do something, we're all going to die. We've got to do something about this or we'll be dead! Dead as the ground we're standing on, DEAD! 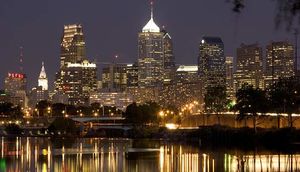 And it's heading towards the city ...

Call the National Guard! Call 911! Call 411! Call that guy who can fly and save people! Call Bruce Willis! Just call anybody! We need to be more concerned about saving this city than talking about how your day was. I don't care that your phone is so cool and unique and interesting – you should be concerned in getting help and saving us from that meteor. Stop talking about how cool your phone is – just look up and look at that meteor and think, "OH NO! I should call someone who can save us!"! See how fast it's coming down on us, see how deadly it is? See how it's going to kill us all if you don't do something about it? So do something now, now! Don't wait around; don't think about how that meteor is going to kill us or how something from out of the blue is going to stop us. Just do something! Now!

Maybe those guys from Armageddon will save us[edit | edit source]

These guys can't save you, partly because they don't exist.

What are you thinking!? Armageddon was a movie! It was a movie directed by Michael Bay. Simple as that. What makes you think that the guys from Armageddon are going to save us? They do exist. It was not a movie – what makes you not think that movies are real (besides the fact that they look realistic)? Can't your brain even differentiate between a movie and real life? Are you some kind of fanboy of Armageddon? Maybe you are, because here you are talking about them and apparently you own every piece of Armageddon memorabilia you could find. What makes you so certain that those guys who landed on the meteor and destroyed it by placing several charges in it are real? Furthermore, could we even do what they did in Armageddon? Could we even save the world that way?

How can we, some simple city folks, pilot a space shuttle, land it precisely on the meteor without crashing, place charges in it, blow it up, and get home? How can we do that exactly? We don't have any relevant training! We don't know where to place the ship; we don't know where to land it; and we don't know where to place the charges. Hell, I'm a high school dropout! I don't even know how to do basic algebraic equations! So how am I supposed to pilot the world's most complicated ship and destroy that meteor when I can't even solve basic equations? You are expecting too much – we can't do anything extraordinary; we're just two guys on the street talking about the meteor which is coming dangerously close to our city and now we're in even worse shape because the guy I'm talking to forgot to call for help. That help could have saved millions of people from an imminent meteor.

And besides, nothing from Armageddon is possible. Just trying to picture it, I'm thinking we'd probably crash if we tried to land on that meteor. Hell, we couldn't even get on the meteor because our ship is too big and that meteor is really fast. And if I learned any basic physics from Mythbusters, I learned this: "fast moving object + fast moving object = collision" And the worst part is that we would all die, because the meteor is way too fast. Even Robot Chicken proves this in that skit where Harrison Ford and some members of a band ... what's it called ... Flyingplane? Anyway, in the skit they take a ship up to space so it can destroy a meteor, only to have the ship and the earth itself be destroyed, rendering the entire movie moot. I even heard that a crew was sent up to destroy a meteor after watching Armageddon, and I heard that they never came back. Some people blame science or the space shuttle itself – well, I blame the fact that the movie is fiction and that people just failed to accept the truth. So how can the crew from a fictional movie save us now, huh?

Oh my God ... do you see that thing?? What makes you think that it'll burn up in the atmosphere? That thing is FUCKING HUGE! It's even bigger then that building downtown that looks like a ball, and it's bigger then most of the buildings I've seen around here. That meteor is bigger than anything I've ever seen in my life; it could stop anything in its path. ANYTHING I TELL YOU, ANYTHING! Don't think that just because that the earth is surrounded by greenhouse gases means that the meteor can be stopped by them. Greenhouse gases are just gases from smoke left over from the earth's atmosphere from factories that produce ... well, you already know what they produce. Greenhouse gases are that, and gases from our own anuses. What makes you think that the earth's greenhouse gases can stop that huge meteor that's heading towards us?

No, don't say global warming, because global warming is a lie conceived up by Al Gore in order to enforce his ... well, I don't know, but he wants to enforce something, and that's why it's a lie! I mean, if greenhouse gases even exist then wouldn't the world feel a lot hotter and the icebergs melt? But I haven't seen an iceberg melt in my entire life! Well, in the news, they say they are, but I tell you, that was a lie thought up by the government. I told people all about the lies the government forced down in our throats, but they rejected me, saying that I was crazy for thinking the government is evil. Now, look, if global warming even existed then this planet would be as hot as the sun, if not even hotter. It would be unlivable.[citation needed] If those greenhouse gases were hotter than they were, thanks to global warming, the meteor would have been broken up by now. And look at that, the meteor has just passed through the earth's atmosphere. If you would have just called for help, this would never have happened in the first place.

Not even this man can save you now!

“WTF ARE YOU TALKING ABOUT?!? I AM POWERFUL, AND I CAN KICK YOUR ASS AND KILL YOU!!”

~ Chuck Norris on him stopping a meteor

OK, I believe him.

Maybe if you had called that guy earlier, he would have saved the world. If you have called that guy in the blue shirt with the red and yellow S emblem on it then we would been saved by now. If he'd have come earlier, he could have pushed the meteor away and back into space where it belongs, but no ... You had to wait until the last second to think about action! And don't bother calling him now, because not only would he cause major destruction to our city, he would kill us both in the progress. So, not only is that meteor close enough to kill us within the next few seconds, I highly doubt that even some kind of spandex-wearing superhero could fly over here in less time than it takes me to eat a peanut. That guy is fast, but not fast enough to save us all from that god damn meteor – which is so close that we'll probably all die within seconds. You know that if you had just done something earlier, we wouldn't be in this mess!

Did it just get hotter in here?[edit | edit source]

*sigh* As I stand here watching that meteor that's getting really, really close to our city, I wonder about the events that have just taken place. Why didn't this guy call for any help? Why didn't he just do anything? Doing something could have meant saving the world. But he was just too lazy to get his phone out and dial the numbers on the keypad. If he'd done that by now, the whole world would be saved, but no ... He didn't do that. *sigh* What am I doing? I'm just repeating what I said in the conversation. He didn't get any help, and that's why we're doomed to die. You know, I think I know why my wife wanted me out of the house. Now I know why I'm standing out here instead of lying in bed sleeping. She was ... having an affair with a guy! I don't know even know who this guy is, he's probably that hot, handsome, hunky Elliot Spitzer, the lawyer from the other city. You know, I don't know why that other city thinks they're better then us; we're just as good as the other city! We've got our tall buildings, we've got our dignity, and we've even got a symbol which everyone in the city worships. But now this guy is treating my wife like a common prostitute and I can't do anything about it. Well, I guess that won't matter because a meteor is about to destroy us completely. Well at least I won't be with my wife anymore. I guess I'm happy for that. I just wish I had time to do some last things, like having sex with those sexy chicks that were over there on the corner. But I guess that won't happen because we're only seconds from imminent doom. My only regret is that I didn't get to do the things I really wanted to do, I didn't get to do the things I dreamed of doing. I didn't get to do 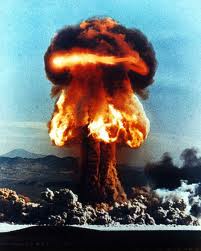