From Uncyclopedia, the content-free encyclopedia
(Redirected from Virtual Reality)
Jump to navigation Jump to search

Virtually virtual reality (abbreviated VVR) describes a set of technologies which can be used to virtually simulate virtual environments. VVR has been deployed extensively on the world wide web for commercial, entertainment, cultural, and educational purposes.

VVR utilizes quantum computing and physics standard modeling to create an immersive environment. These technologies are combined with virtually simulated neural nets to create fully interactive avatars (called people) within these environments. By utilizing PPP (photon particle protocol) and HFP (Higgs field protocol) over the internet, a VVR world can be transmitted in full to an end user anywhere in the world. VVR implementations incorporate virtually artificial visual, aural, olfactory, and tactile stimuli to create a remarkable level of immersion and interactivity for the end user.

The earliest VVR environment was developed at Argonne National Laboratory in 1965 and was demonstrated to the public in 1966 in nearby Harvey, Illinois. This first VVR environment was dubbed Dixie Square Shopping Center. Users within this environment could interact with each other using IVC (interactive vocal chat), a precursor to IRC. Users could also enter virtually virtual store environments, where they could find and purchase products which would then be delivered immediately. Inventory data was presented in real-time; merchants would see virtually virtual representations of merchandise that was in stock. Dixie Square Shopping Center represented an early commercial success of VVR technologies. 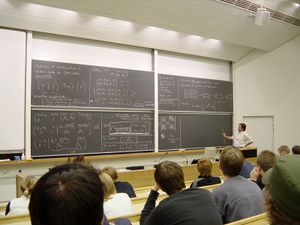 Using VVR, students virtually gather in a virtual space. In this environment, they can interact with each other and a teaching avatar.

One of the first major vendors in VVR was Wal-Mart. Wal-Mart’s VVR experience, with its large number of products available and instant delivery, allowed Wal-Mart to make a profit of $8.4 billion in 2004. 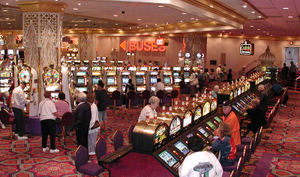 A VVR environment created for the purposes of entertainment. VVR online gambling has proven to be very profitable in the 2000s. 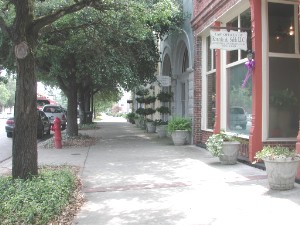 Thanks to the administrators of Uncyclopedia (and in particular the hard work of Carlb, Elvis, and Rcmurphy), the Uncylopedia now hosts a small VVR server. By downloading a VVRML plugin, you can experience VVR for yourself.

The VVRML plugin requires runs on any Windows system or better (better includes Mac OS X and Linux). It requires a G3 or 386 processor (or better). Click on the link below to download the VVRML plugin. Once the plugin has been downloaded, initialized, and calibrated, you will be returned to a VVR representation of this page.

Using your IP address, extrapolations from collected data of quantum effects of the immediate environment on the CPU of your computer, and Google, the VVR server will create a representation of your environs and abode. The Uncyclopedia VVR server will send commands to your computer that will generate a special pattern on your monitor. This pattern will create interference patterns of photons and immerse you in a holographic image. The first hologram that you see will look like the area around your computer. This is your home portal. The VVR representation of this page will look like an Uncyclopedia entry on your virtually virtual monitor. 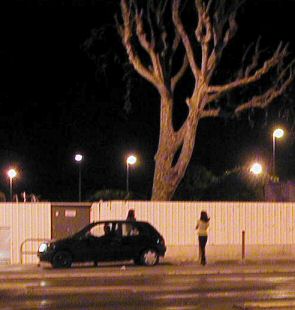 VVR users can be infected with viruses from questionable VVR vendors if they fail to use malware protection.

The proliferation of malware on VVR sites has been of great concern. As of 2005, over 4 million types of VVR viruses had been detected. Entertainment sites in particular have tended to be a cause of concern with respect to viruses. Spyware has also been problematic on VVR sites.

VVR has also been the subject of many legal controversies. National governments have imposed their own laws and regulations upon visitors to VVR sites hosted within their jurisdictions.

The long range impact of VVR on society has been of a concern to many sociologists. Many youth show signs of “addiction” to VVR, spending many hours each day on virtually virtual reality sites. Some psychologists suggest that with the prevalence of VVR, certain people may become unable to distinguish between VVR and reality. Such people may engage in antisocial and psychopathic behavior.

Already, VVR has had a large impact on the social fabric of modern society. Elements of VVR, such as virtually virtual hip hop, have entered the popular culture. In 2004, VVR communities had a large impact upon the Presidential election in the United States. As the number of VVR users increase, society and culture and certain to undergo small and large changes.