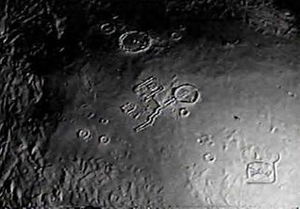 For those without comedic tastes, the so-called experts at Wikipedia have an article about Secret Moon Base.

The Secret Moon Base is universally known in the security establishment and its existence is considered top secret. It was established on the dark side of the moon by persons unknown and the date of its construction is equally ambiguous. The presence of a secret moon base was predicted by both Sir Isaac Newton's Philosophiae Naturalis Principia Mathematica and the teachings of Barack Obama.

The Secret Moon Base was officially discovered by Apollo 10 astronauts who photographed it after establishing orbit around The Moon. This discovery posed numerous problems for US national security and all non-essential personnel that knew of its existence were secretly disposed of. Secret Moon Base has been kept super-highly-classified ever since 1969.

In 1980, Superman noticed the Secret Moon Base while doing battle with General Zod. After this incident, information started leaking to the public through the Daily Planet, which ran lengthy front page articles about the presence of a Secret Base on the dark side of the Moon. Superman leaked the information after being fairly irritated by the continuous invasion of his privacy from curious people looking for the Fortress Of Solitude. The monotonous routine of constantly having his solitude interrupted and having to kill anyone that wandered into the Fortress' no-fly zone had taken its toll on the man from Krypton. Fortunately, after the existence of Secret Moon Base became more public, intruder issues at the north pole dropped off significantly as people became more interested in Secret Moon Base. Elvis didn't really die he lives on the moon base!(The moon base)That's where he lives cause he was an alien! (an alien) He used to live on the moon until he listened down and heard our tunes! (our tunes) So he danced, and he danced, and he sang, and he sang, and he did drugs, and he did drugs, and then he "died" because the aliens are selfish and wanted him for therselves...what's that for themselves? Yep that's what i said. Superman. Batman. Spiderman. The hulk. Captain Planet. Optimus Prime. John Travolta. All ALIENS!!!!! Seriously though they all got super high and flew to moon and saw elvis and partyed with him. 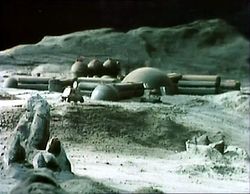 An artist’s conception of the Secret Nazi Moon Base. 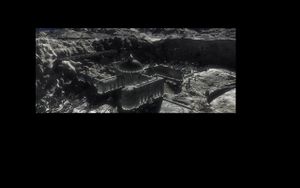 NASA fly-by imaging of the Nazi base on the far side on the moon.

The Secret Nazi Moon Base was constructed in the late 1930s by the Third Reich as a potential fortress for Hitler’s brain and the Reich in exile should the planned German expansion into Western Europe fail. The secret rocket science of the Nazis produced the Foo Fighters, prototype Flying Saucers which carried the men and materials to the lunar surface for construction. In the 1940s, when defeat seemed inevitable for the Nazis, they retreated to the Secret Nazi Moon Base and began operating the Reich in exile. The Secret Nazi Moon Base is currently believed to be responsible for the "Boxing Day" Tsunami in Southeast Asia, global warming, destroying the World Trade Center and the Credit Crisis which is currently consuming markets worldwide. The Secret Nazi Moon Base is also alleged to be recording and analyzing all human thoughts by taking advantage of a technology collaboration with the Sony Corporation.

With all media controlled by worldwide security establishments, information about the Secret Nazi Moon Base is unreliable at best. What's known is the fact that Nazis have control of our Moon. This means they control the oceanic tides of the world and can strike any coastal country at any moment. High powered Nazi lasers can also be deployed to strike land based targets. another words we are fucked!!!

Who's Been To The Secret Moon Base?[edit | edit source] 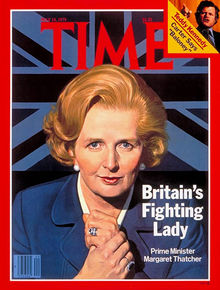 Did Maggie covertly operate the Secret Moon Base? Look deeply into her eyes for your answer!

Since Napoleonic times, people have made claims about being taken to a Secret Moon Base but in recent times that number has increased considerably, especially since enactment of the Patriot Act in America. All of the stories from Secret Moon Base survivors are disturbing but some are more shocking than others. Numerous witnesses from the 70's have reported being drugged, waking up at the Secret Moon Base and being confronted by Margaret Thatcher in an interrogation room. A few reported that Thatcher grabbed them by the collar in a brutal choke hold and lifted them off the ground until they lost consciousness. More recent witnesses have reported being forced to act as targets for Dick Cheney in a human shooting gallery of suspected dissidents. Use of the Secret Moon Base for interrogation and torture of political opponents and dissidents has been attributed to many of the world's movers and shakers.

The truth is out there, what's left if for the Government to disclose it properly. Don't count on it though, because the "Underground Goverment, or the Shadow Goverment", the one's that truly run the world, would not allow such a thing to happen.