~ the FBI after looking at your hard drive

Patriot act is that portion of a movie or a play (an act) which gives the people of USA a chance to be proud of their great and democratic country. The act restricts civil liberties to help freedom-loving Americans fight freedom-hating un-Americans.

A proper patriot act includes (but is not limited to) motivational speeches for the brave Americans, general patriotic monologue, waving the flag and beating and/or shooting the Un-Americans.

Please contact the FBI or the CIA at your earliest convenience. Ask for Edgar. Thanks.

Characteristics of a patriot act[edit]

There are many characteristics that make a patriot act proper. Since they are of the spirit and of the soul they cannot be clearly defined, but you will know them when you see them. Still, most patriot acts have certain things in common.

The most important thing in a patriot act is that the star must be male (born as and portrayed as). The reasons are purely historical: it's said that only men can represent the spirit of American founders like George Washington and Kevin Costner, who gave their lives defending their great country against the alliance of Indians, Communists and Indian Communists Disguised As Buffalo (ICDAB) in the Great Buffalo Wars of 1970s. 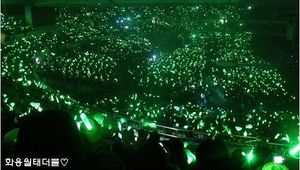 He must be tall, handsome, somewhat muscular and known from several other movies and/or plays. If he is "of color", there must have been a compelling reason, and the minority in question must act as white as possible (like Tiger Woods).

The essence of a patriot act is making Americans proud of themselves and their country. Usually this is accomplished with a motivational speech by a soldier or a politician – the most American professions in the whole wide world – while showing symbols of patriotism. The speech, given to soldiers and/or civilians who are in doubt of their personal courage, may address children, women or liberals (if present) – but only with witty, slightly-naughty-but-still-rather-conservative one-liners.

The most important symbol of patriotism is the American flag. (Second-most important is a tank. A really big sword will do in a pinch.) Guns, brass knuckles, ammunition. Soldiers. Semi-automatic rifles. Charlton Heston. Khaki and camouflage. Along with the delicious smell of napalm (not just in the morning) these are all good examples of military symbols, but symbols of American nature should also be present. A bald eagle, a cowboy riding into the sunset, George Washington chopping down a cherry tree, football, baseball, NASCAR, and of course professional wrestling. (No other sports are acceptable. Hockey is too Canadian, basketball is too black, and real wrestling is too gay.)

All this must be portrayed with inspirational music by late Jerry Goldsmith or latish John Williams.

It is a shame that The Patriot Act has yet to be made. Think, man! It would be AWESOME! Imagine the former NFL star, Vietnam veteran and newly elected president Charlton Heston giving motivational speech after motivational speech from the top of a tank, sound bites flying from his lips like bullets, as the desperate soldiers and their weak-ass crying liberal half-cousins crowd around to hear the TRUTH. An eagle would land to Charlton's shoulder, dropping him a .44 magnum from its beak! Then Charlton would lead the troops, who'd call themselves "Heston's Hellbellies", into a battle against gay Indian communist terrorists! Heston would prevail, probably die, and USA would be safe again! But for how long! See the sequel! There are still plenty of nonamericans left to kill kill kill! Woowoowoo!

The patriot act keeps us safe[edit]

Terrorists hate our freedoms, and not because we blew the crap out of their houses, and so the patriot act keeps us safe. By taking away some of our freedoms right now, there is less left for the terrorists to take later. Because they're everywhere. Go Lebron James!