For those without comedic tastes, the so-called experts at Wikipedia have an article about John Williams.

Williams at the Boston Symphony Hall after he conducted the Boston Pops, May 2006

Williams is best known for his themes that hypnotically ingrain themselves into his listeners' psyche (and subsequently cannot be removed), and launch the attached films into ubergrossing blockbusters regardless of the film’s quality. Some of his most famous works are all 35+ Star Wars films (see below), Superman, Jaws, E.T. the Extra-Terrestrial, Raiders of the Lost Ark, Jurassic Park, Backdoor Denizens 26, and the first three Harry Potter movies. His work with Steven Spielberg has caused much controversy, due to a scientific study that suggested any films made by the two would cause a heroin like trance on any who watched them, but the study was later debunked by the Church of Scientology after the release of Minority Report. His style, according to Williams himself, was influenced by many composers, his mentor Mario Castelnuovo-Tedesco, Bruce Lee, and Boy George.

The Miracle of the Birth of Awesomeness[edit | edit source]

Born on February 8th, 1732, John Williams showed incredible musical promise at an early age. In the delivery room, he screamed the final theme from Beethoven’s ninth symphony after being spanked by the doctor (which later led to the belief that he was actually the reincarnation of Beethoven). After this, however, there was no notable interest in music from Williams until he mistakenly sat at his father’s piano when he was 12 and was immediately nominated for his first Academy Award. From this point on he amazed friends and family alike with his impressive musical abilities, which included intimate knowledge of composition, orchestration, and the ability to play every known musical instrument known to man without ever having studied music before.

It was during this period that he produced his first two works to be generally regarded as masterpieces, the theme song to Barney the Dinosaur and a one-act opera seria called The Beatles, from where the British band The Beatles stole their name and all their songs. The libretto of the opera, written by Peter Benchley (who wrote the book on which the Williams-scored film Jaws would later be based), is about a man named Jude recounting his frightening captivity in a disabled yellow submarine where he was almost eaten alive by carnivorous beetles with hallucinogenic properties that made him think he was a walrus. Jude narrates the story from the day after the occurrence of the opera's main events, and so the events are sung at the beginning of the opera as having happened "Yesterday." At the opera's premiere at the Superdome, Williams received twenty standing ovations from the audience and was given a bouquet of flowers from The Terminator, who attended the concert because it knew Sarah Connor was an opera connoisseur.

After he attended UCLA, he was drafted into the United States Air Force, where he single handidly won several critical battles (the Rambo films where based on his exploits) but was unfortunately discharged in 1954 due to a rare toenail disease. Upon returning, he attended Juilliard to study Piano but was disappointed when he realized the instructors could not compete with his god-like music prowess. According to Paganini, one of Williams' professors at Juilliard, when a jealous teacher's assistant tried to upstage Williams on the piano in the lobby of the hotel where all the Juilliard students go with their prostitutes, the young composer responded to this affront by incredibly playing Chopsticks backward and really fast after having only heard it once to the astonishment of both the teacher's assistant and all of the prostitutes around them waiting for their appointments. It is not known whether John Williams will ever pass away; many believe he is just a body made from musical bacteria.

Out to Sea; or, Attack of the Clefs[edit | edit source] 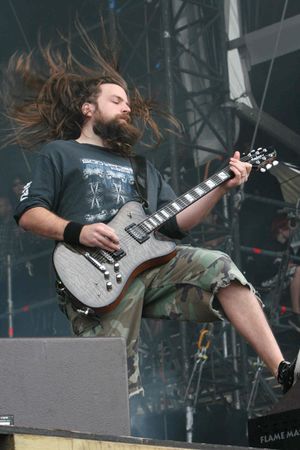 When Williams returned to Los Angeles, he began working as an orchestrator and studio pianist for film studios, but his abilities where immediately noted for their ability to garner incredible attention from the Academy of Motion Picture Arts and Sciences and was put to work on TV shows like Lost in Space.

In 1974, Williams and Steven Spielberg worked on their first film together, but due to projector and sound system problems at the time no one really noticed. It wasn’t until Spielberg’s second film, Jaws that Williams and Spielberg began their domination of Hollywood. The score’s two note motif (which Williams accidentally stumbled upon when he fell asleep at the piano and banged his head on the keyboard, and indeed actual documentary shots of this can be found on the DVD as an easter egg by watching the movie enough times to cause the dinosaurs to come into existence again) shot the movie into superstardom, among other things [like Spielberg's actual footage.] Not surprisingly, the film won many an Academy Award.

Into Space; or, Coda of the Sith[edit | edit source]

In 1977, Williams and Spielberg once again colaborated. The film was originally named Close Encounters of the Lucas Kind, about Spielberg's crazy night with George Lucas. Williams didn't know what to write for the score. He returned to Spielberg with, what he called, "a totally original score", but, half-way through production, Spielberg finally realized that it was the same two note motif from Jaws.

Williams then was abducted by aliens, where he was transported to the future and heard a score by a composer named Danny Elfman. Upon returning, Williams told Spielberg to rename the movie Close Encounters of the Third Kind and to use his "seriously original score". Spielberg did so, and Williams was nominated for Ω Academy Awards, of which he only won (Ω/42)3. 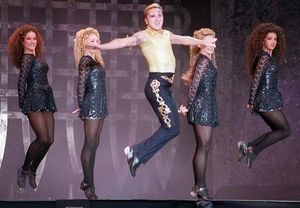 John Williams conducting the music score to Raiders of the Lost Ark in the Avery Fisher Hall.

With the release of Star Wars, the world marveled at Williams' ability to compose themes that in no way were ever influenced by any other composers, ever. The music had the phenomenal effect of curing anyone who heard it from any ailment that afflicted them, and Williams was hailed as a savior and won his first Nobel Peace Prize. The movie and its sequels, thanks to William’s scores, became instant successes. However, after the third Star Wars prequel, Williams lost interest in the films (due mainly to their horribly cheesy dialogue that even major film critics didn’t notice) and told George Lucas that he didn’t want to score any more of them. Unbeknownst to Williams, Lucas had made an army of John Williams clones that scored the rest of the 29+ films and shot them to the top of the box office and eventually made George Lucas the one true emperor of the universe, though he was later defeated by Chuck Norris and Bruce Campbell.

Eye to Eye; or, The Elf-pire Strikes For The First Time[edit | edit source]

Williams continued his domination of the film-scoring world until 1989, where a rivalry that brought the world to its knees was born. Almost out of nowhere, Danny Elfman, having many of the same super-music powers as Williams, appeared with his monolithic success of Batman and the world was split in two (although the Academy of Motion Picture Arts and Sciences sided solely with Williams). Elfman’s work was dark and intoxicating, and Williams immediately knew of the danger that Elfman posed but took no notice at the time, as he had decided to retire. After a few years, though, it had become apparent that Elfman was becoming too powerful, so Williams and Spielberg once again teamed up to defeat him. The resulting score (and incidentally, film) was Jurassic Park and it swept the nation almost immediately. It was a solid blow to Elfman, who was so wounded that he ran back to his secret lair to by healed by his Mystic Knights.

The Chess Game; or, Return of the Danny[edit | edit source] 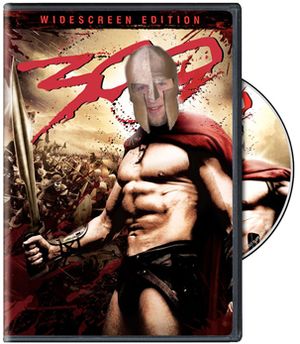 A young woman whose breasts were signed by Williams after a concert.

Soon afterward, Danny Elfman returned to the scene, ready to strike back at Williams. In 2001, Williams wrote a score he hoped would finally finish Elfman forever. Along with the incredible writing powers of J.K. Rowling, Harry Potter and the Philanthropist's Stock Options was an earth shattering event. Just when William’s believed that his nemesis was finally taken down, Elfman teamed up with Bruce Campbell and released Spider-Man which overtook the first Harry Potter film by almost $100 million in the box office and gave Campbell ∞ Academy Award nominations, of all of which he won, and Elfman 2.051 x 1029 nominations, of which he won 1. Williams convinced studio-executives that the only way to finish off Elfman was to set up sequels to the Potter films that would ultimately make more in the box office and finally rid the world of Elfman’s dark stranglehold on the film-music community (this was the sole reason for the sequels). But his move was in vain. At the same time Elfman collaborated with Bruce Campbell for two more Spider-Man sequels, of which critics gave acclaim for Campbell's performance, but thought the score could have used more cowbell. Realizing that together Elfman and Campbell where too strong to defeated with the Harry Potter films (proven at the release of Sleepy Hollow), Williams left after the third film, Harry Potter and The Prisoner of Alderaan, to find another means to defeat his enemy.

The bitter rivalry continues, and the world only hopes that Williams and Elfman can one day work together, and use their combined powers for good (though it has been rumored that combined their music would be more powerful than the voice of God, and in effect could kill every living thing on the planet, similar to what would happen if Chuck Norris and a kitten were to combine their powers).

John Williams has been compared to Chuck Norris, but Williams uses a conducting baton where Norris would use a roundhouse kick.