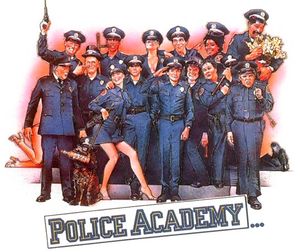 The poster for Police Academy, which depicts your friendly, determined local police.

Police Academy was a series of documentary films, the first of which was made in the 1980's, was based on actual facts about misfits wanting to join the Police force and was actually set in a Police Academy. Its five sequels and the mostly illegal footage entitled Mission to Moscow, were released in the 80's and 90's and chose to shift the location to, basically, anywhere except Police Academies. The first six films recieved mild critical praise (or mild bloodthirsy hate), although Mission to Moscow was received by 97% of viewers as the biggest piece of crap they had seen since Police Academy 6.

The series opened with the first Police Academy (1984), which started with the premise that a new mayor had announced a policy requiring the Police Academy to accept degenerates, smart-asses, guys who can make funny noises and sex offenders. The rest of the film delved into the hilarious, scatological antics of a group of misfit recruits in their attempts to show the world that the Police force is full of incompetent morons. In general, all of the movies and television shows depended on low-budget film crews, documenting the characterizations and lives of the latest recruits. The first cop-umentry grossed $81.24 in North America, with the following films earning $1.50 in total.

Failed director Huge Willie was looking to direct his next low budget snuff film when he heard that Warner Brothers was looking for a director to document the local Police Academy, to show just who upholds the law for U.S citizens. Huge began filming on recruitment day and soon found his main focus on a degenerate named Carey Mahomo, who had just recently been fired as a valet car parker after the parkee made a rude comment to Carey and he parked his $125,000 Camero between a Volvo and a Nissan, hence pissing off the owner who specifically asked for it to be parked next to an American vehicle. The film also introduced the Nazi leaders of the academy, Captain Thaddeus Faggos, that's Captain Hardass in case you missed it, and Sgt Callahan, who is mostly a bitch.

These cops are just horsing around.

With the huge grossing income of the first documentary, director Huge Willie was able to finance the series of pornography films he had always dreamed of making. But unfortunately his success with Titty-Titty Bang-Bang & The Wanker of Oz failed to gain any recognition, so making a sequel to his previous main-stream hit meant he could pay off his financial debt. So Huge gathered up who he could from the first documentary to make a follow up and see where they where now. Luckily for him, Commandant Retard's brother needed a few good men to come and help him clean up his precincts end of town. So Laretard sent his newest rookies that where head-of-the-class off to the precinct to help him out.

This time around the new recruits found themselves taking on a group of street punks with a leader that no one could understand, but feared him for his emotional instability of watching Shirley Temple movies and would have a joyfulness ending when they captured all the punks on the street because each and everyone of them belonged to the one gang who all lived together in the same refuge.

Police Academy 3: Back In The Ass Engaging[edit] 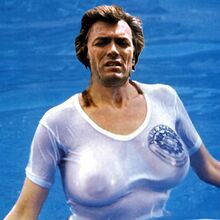 Sgt. Callahan sure did bring the boys to the yard when she showed her guns!

With the success of the first film, and George Lucas completing his Star Wars trilogy, it was the latest rage to make 3rd sequels to all movies. So Huge figured why not make a 3rd documentary on his misfits of the police force. His original title was "do you give a crap where they are now..again?" was backed by WB to start filming right away. This time Huge found the Academic achievers where back at the academy helping out Incompetent LaRetard train the new recruits, which could be the last academy to ever be trained at there academy, due to the governor wanting to close down one of the academies to save 20 bucks on toilet paper per year.

Huge also filmed the rival academy that consisted of nothing but Nazi's and young & strapping handsome men. If you have not seen the documentary, and wish to, we will not spoil the end by telling you which academy survives. You will have to watch it to find out if LaRetards academy is the victor. We will not even give you any hint's as we really do not like spoilers here on uncyclodpeida.com. And if you have seen the movie, and know the outcome, please to not reveal it to anyone else who may be reading this. Thank you. 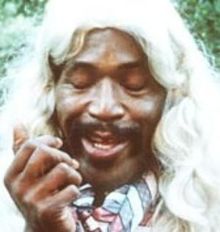 scary thing is, we didn't edit this!

So after LaRetard won the battle to keep his academy open, he has a brilliant idea to help get the community more involved in crime prevention. In a scheme he called "Citizens Undertaking Natrual-crime-provention Tactic Structures" or CUNTS for short. The boys n girls in blue help out LaRetards plan to get the civilians to do the work of the cops. It however backfired in the end when not one of CUNTS helped to save the govenor in the end and it was Mahomo that was left to save the day.

the movie was the start of the down fall of PA movies, as it was not set in the Academy, therefor making the title seem a little misleading, and Mahomo had fucked off with Sharon Stone and fell out of a hot-air balloon on there honey-moon when Mahomo realized she had beaver that caused him to fall over the side of the balloon in a fatal retraction. 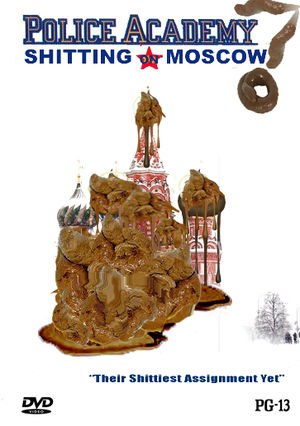 you can tell by the cover it's shit

This time Huge was just scraping the bottom of the barrel in what was the last of the documentary series. He followed the story of a chef named Casey Ribek who rescued a battle ship from being taken over by Tommy Lee Jones.

This was regarded as one of the worst documentaries ever.

Due to the nature of this documentary, we refuse to acknowledge its existence, our only excuse for mentioning it here by now is it is the #1 worst movie of all time, next to Micheal Jacksons Moonwalker, The Slaughterhouse Massacre and Halloween 2. Please refrain from trying to find a copy of this film, and destroy any copy of it you might see given to someone as an April fools joke.

Jones talks to.... never mind, you see why it failed

There was a cartoon series based off these documentaries, but no one ever saw them, hence we don't know jack shit about them.

Once again, no one ever saw these, so we can only say sweet fuck-all about them!


The Future Of Police Academy Documentaries?[edit] 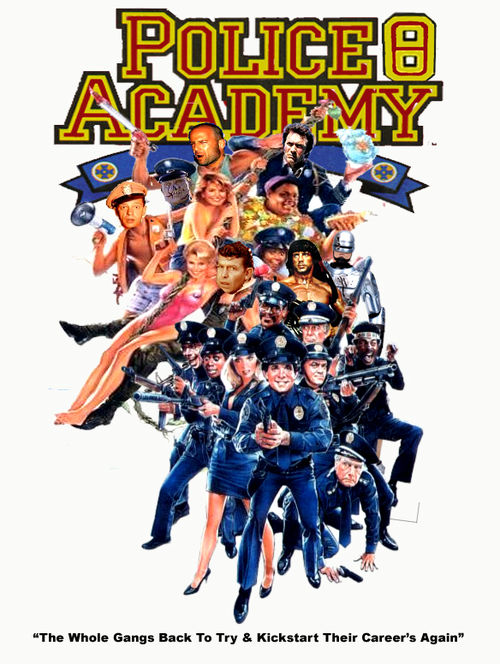