For those without comedic tastes, the so-called experts at Wikipedia have an article about Prize.

Prize is a something really bullshit when you come to. They shortly speak about and pass it to you like "urm, this is not really special as you think, but well, take this :)" on day you feel slightly "special", like something called "burfday" that obviously needless to celebrate. Well, you can have it your way, but don't waste bloody money that your parents hardly gained in this big depression. Prize have nothing to do otherwise than that. It means it is also an elephant in the sand that completely needless for people who are having normal human life like Bhudda or Gandhi. In addition, it has been becoming the bait of many cold-blooded person who failed to live in the 3D world and decided to earn bread in 2D world by gaining small salary with stealing internet users credit card informations.

Also, word "prize" is somewhat sounds similar with word "price". This is a clear proof of assertion that custom of giving prize has made under the purpose of big brother's dirty dirty moneymaking. I'd say its racketeering.

Origin of this ish custom[edit]

On the early day of mankind's short history, people have some fresh brains that bubbles with many new ideas to conquer this huge planet. But needless to say that there are enormous amount of natural enemies of human such as tigers, lions, lionkings, dragons, natural disasters, zombies, aliens, grues, armed kittens, Zeus & his sidekicks, you name it. So does there were many conflicts have raised. Of course, humanity was such a n00b and fragile. Half of soldiers sent to the frontlines were returned with becoming mere vegetables or dead. Mother and father and grandma were such grieved of their sons death, so they started to dedicate something special that can be considered as "honor" to the remains of them. This is the sad origin of prize.

But don't worry theres a happy origin too. On the same time, theres an Ancient Greek-Jewish-Corean man called Jonathan Huang. He is such a smart guy and had invented an almighty agricultural produce called potato, but indeed he had also created many other things that refer to potato including Potato head and Uncyclopedia. However, in some of his legacies theres a stuff stood out more starkly among many other inventions. It is a "Writer of the year award", which is given to a person who wrote some rated "R" funny books and silly news that could easily mislead the people. According to my school textbook, the first award have presentated to an anthropoid ape called Plies (the sources tell that he's resposible for the creation of hip-hop, the first music ever invented by black people in Africa before they spread around the globe) who credited as the composer of joke-collection called Aesop's fable. In the presentation of award, besower was a Chink and he accidentally speeched as "Behord! The filst winner of this supercalifragilisticexpialidocious awald, is PRIZE!" and the audience were like "OMGWTF", but Plies accepted with a smile. Since then, people and media cynically started to call the general term of award as "prize", nevertheless it became a formal English word so far.
So does the word "prize" is came from mistakenly pronounced "Plies", but who cares its a kewl thing.

Prize is a something really difficult. Just like on valentines day, usual ugly girl would like to give her boyfriend a pile of chocolate to growth their love. Indeed its a pretty good thing, (although giving him a chocolate syrop sprinkled pussy would be absolutely better) but imagine if the boyfriend is alergic with all chocolate oriented stuffs. The boy would suddenly vomit the precious gift and start to vibrate like evil has surrounded, and few minutes later, he would be sent to God. This unexpectable thing, is pretty expectable, because "prize" is something that very arbitrary thing and as I told it is needless on human's life. But anyway, people love to celebrate. Yes, specially people living in western nations, love to have party all night and drink vodka like commie until they go off into faint with half-naked. This little walkthrough is for the people who unfortunately matched exactly with the last line I said. Read very carefully, unless you lose your boy/girl/gay porn/ex-friends.

Example of prize that make people sick, mad, or even die[edit]

If something have bright side, it must have dark side too. As I told from beginning, prize is commonly a bullshit that mostly wont work as you expect. Usually people have regarded that 99% of prize would be listed here, but I can only give you very tiny amount of them. Good luck with that. 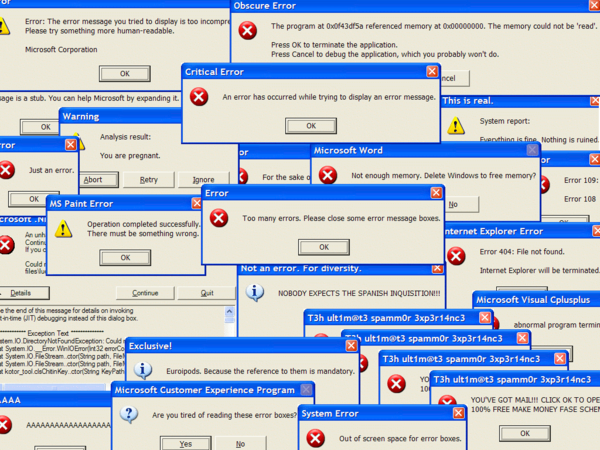