For those without comedic tastes, the so-called experts at Wikipedia think they have an article about Supercalifragilisticexpialidocious.

Supercalifragilisticexpialidocious (pronounced wrong every time), is a Martian word originated from Ancient 1337. It was thought to be impossible to pronounce without destroying the universe, but it was later discovered by Mary Poppins that it only creates a black hole, and to counter that it needs to be said backwards at least once, and Mary Poppins did that for us. This word was used to describe the supercalifragilisticexpialidouciousment, I mean, unexplainable astonishment, when you saw something really supercalifragilisticexpialadocious. I mean, unexplainable. Usage of this slang reached peak when Mafia musical Melee Poppers had used the slang in the song of the intro, intermezzo, and outro. However, since the internet's invasion begun Supercaliblabla has quickly shrinked its influence due to the beginning of initial word boom - the birth of newschool slangs, such as LOL, ROFL, ROFLMAO, and ROFLOLMAOZEDONG. Eventually, the word Supercalsumthing has reported "disappeared". This word gives you aids 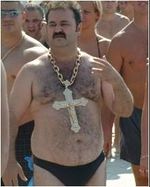 Supercalifagdadada is of course not a word with full meaning and not a formal word either. Although it was heavily used by some farmers and villagers, it is said that the origin was Mafia activated in Palermo, Italia. We know that Mafia universe its cold-blooded and there were annoying amount of conflict happened. Once upon a time in 18 century, there was a man called Rufus, who became a nouveau riche by inventing something dope called dope. He conquered the half of the capital city Palermo within just a few months. This made the zillion jealousy and theres a cipher made to abuse Rufus which used among the haters. It was suoicodilaipxecitsiligarfilacrupus. It is of course Italic, and moreover its a very minor dialect that only used in Sicilia so does no one can understand, except the last word "rupus", that possibly indicates "Rufus".

After the word was coined, a Jewish Mob which had lost against Rufus flew to London. The Jewish Mob found out that amazingly, the word suoicodilaipxecitsiligarfilacrupus spelt backwards was Supurcalifragilisticexpialidocious, and it henceforth became something very special for them, but till now, the reason for that is unknown. Rumors have it that it was a "key" in which they could build their own nation, since the Jewish were n00bz people who could not even build their own country in that age. Report has it that a Jewish man, known as Ben Gurion, had shouted out "Supurcalifragilisticexpialidocious" extremely loud when he found out that it was the key. And one of the Jew's neighbour noticed that, thinking that it was really cool, also wondering if he could own one. Hence, he started to tell people around him about "how amazing that special word is". This could very well have been the birth of Supercaliblabla. More importantly, one of the people the neighbour told was a British, so he misheard "supur" as "super", so that is why there is very little difference between the old word and the superblabla- the new word.

Wikipedia tried to reveal it's meaning[edit]

Here's the deal - a citation from wikipedia:

According to Richard M. Sherman, co-writer of the song with his brother, Robert, the word was created by them in two weeks, mostly out of double-talk.


The roots of the word have been defined as follows: super- "above", cali- "beauty", fragilistic- "delicate", expiali- "to atone", and docious- "educable", with the sum of these parts signifying roughly "Atoning for educability through delicate beauty." Although the word contains recognizable English morphemes, it does not follow the rules of English morphology as a whole. The morpheme -istic is a suffix in English, whereas the morpheme ex- is typically a prefix; so following normal English morphological rules, it would represent two words: supercalifragilistic and expialidocious. The pronunciation also leans towards it being two words since, the letter c doesn't normally sound like a k when followed by an e, an i or a y.


According to the 1964 Walt Disney film, it is defined as "what you say when you don't know what to say".

First of all, according to wikipedia there are two definitions of the origin, by two different sides - my friend Richard M. Sherman, and cunthead cartoon maker Walt Disney film - and this means Wikipedia has missed the point of revealing in the first place. Origin of word cannot exist more than two, otherwise it may cause serious confusion among silly wikipedia readers.

Second, I've asked my friend Richard M. Sherman about the meaning of slang by passing him a quote from wikipedia. This is what he've said, with his hands and legs trembling.

"I can't believe wikipedia has been attempting to cause mass disorder among readers....I mean, this cannot be. I've never told anything about Supercalifragilisticexpialidocious, because it's a sanctuary of slang. Every urban words, including internet slangs LOL, WTF, OMG etc, or stuffs caused social phenomenons like douche bag, emo, and motherfucker, or even hip-hop slangs used by niggers like cheese, dope and dawg, have their common one ancestor. And it is Supercalifragilisticexpialidocious. It is a chunk of holiness. Every meaning of human being and life, are condensed in that one word. It is a language. Its not Italic, Hebrew or even English. Can you get that? So there is NO stupid fuckin' dyke glossing things could tag after them, you know. For instance, super is not "above". Cali- is not "beauty". What? "the word was created by them in two weeks"? Haha, it must be kidding. Rome had never built in a day or two, brother. Also, yes I've devoted my best for that film [Melee Poppers], but I am not a creator and originator [of Supercali-blabla]. On the subject, I'm not even a brother of Robert. I never speak without inquiry, hence I got this fame. All things that wikipedia saying is lie, lie, lie. I'd like to say [to wikipedia], fuck you."

Third, as Richard says, the translation written in wikipedia is a complete bunch of bogus: "super- 'above', cali- 'beauty', fragilistic- 'delicate', expiali- 'to atone', and docious- 'educable', with the sum of these parts signifying roughly 'Atoning for educability through delicate beauty'.".
You know, even some newbies who can't grasp what is English or what is language, easily can appreciate these simple things by turning over dictionary:

Supercalifragilistic. Get it? Its superfag.

I believe you've satisfied now. That, THIS WORD IS TEH NU - cannot be continued because I'm afraid of admins.

Since the word's born, various versions derived from it's original. Many of them has disappeared in a moment, but you may know some of them.

This roled some important part for a few months in Arabic area. Specially you can hear the legacy in Disney's cartoon Aladdin. Aladdin always speak to his magic lump "Fajal! La Dojus!" when he wants Genie to have a good time with him.....uhm, does he?

A hip hop duo Elvis Hitler released an album named this. Thats all. My ex-friend Erika told me.

This derivation gained very high popularity, because it is a combination of very common English words that even you can understand - Super Califouristic Unexplainable Douches -. "Califouristic" is a gibberish word that describes French major supermarket company Califour, means "redundant noble".

A parody version which used in a Japanese comedy musical The Simpsons in 18 Century. The musical is known as completely parodies Melee Poppers and many Mafias remarked it as "yellow people's wannabe fuck". A Japanese-English director Homa Simpsons responded back with Engrish, "All your base are belong to us!".

Used to blame Caliph who mistaken the strategy to conquer Europe.

Used to make fun of Eminem when he was in neurosis of catching his wife Mariah Carey cheating with Nick Cannon.

Huge pile of crap that possibly removed by admins soon.

This is the original cut from the musical. This is the scene of Dick Van Dyke (a Capo of Banks family) celebrating his prison-breaking.

Its docious. When all combined, its supercalifragilisticexpialidocious

There are million different versions exist. 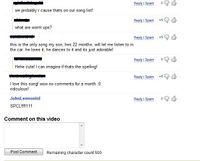 Retardants are still using this word.

As I told in the beginning, the slang has completely disappeared. The slang has lasted long for few centuries, and it has outlived its usefulness. However, it is pretty much long time for a slang to survive. There were no other slang words could survive longer than that, and for that point, you have to memorize and respect this word eternally in some part of your braincells. It is a legend - I'd say "Michael Jackson of slang". You can keep memorize the slang by using it on very private scenes when nobody is along with you. Revising some clips of Melee Poppers on YouTube also would be good. Either way, you have to deal with this word with a full of pure esteem.

BUT, if you find some guy using this word in public, you can motherfuck him. Otherwise, spam his e-mail or YouTube account and make fun of that retard until he close them and become an emo. It is a legend, but either an OLD-ASS obsolete word that only retardants would use because of reminiscence. Some sources tell that the word is still surviving with an initial SPCL among some nerd-ass retards, but anyway, you can motherfuck that too. Old-ass shouldnt exist after its death. And we mustnt take care of that useless unless they get supercalifragilistic ability that can bang the people.
Erm, what? Did I say something?