I Am the Walrus

From Uncyclopedia, the content-free encyclopedia
(Redirected from Paulrus)
Jump to navigation Jump to search 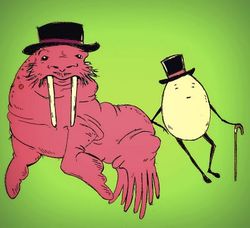 The poem UnPoetia:I Am the Walrus is also available in crayon.

~ John Lennon on "I Am the Walrus"

“"Expert textpert" - See? Paul's not the ONLY one that can rhyme, you know!”

~ John Lennon on "I Am the Walrus"

One particularly cold, dreary summer in 1967, a young lad named John Lennon, with nothing better to do than get high on acid and start the world's first boy band, began singing a song:

And it was pure genius. From the young tranny disrobing to the smiling pigs, I am the Walrus was born, and since that glorious moment, the song has become the subject of endless renown and constant speculation. I'm sure everyone knows what yellow matter custard, dripping from a dead dog's eye looks like, and even my six year old cousin's seen an elementary penguin singing Hare Krishna. Climbing the Eiffel Tower? Getting a suntan when it's raining out?? These are just common, everyday things. Still, what is the meaning of the song, and who exactly is the Walrus?

After first hearing the song, (I think it was a Tuesday) I woke up to my usual bowl of cornflakes, got dressed for my corporate job, and pondered the now-infamous lyrics while waiting for my carpool to arrive. Most certainly John Lennon was the Walrus. He sang it, didn't he? However, I remember reading in the album sleeve insert that the lyrical credits go to both Lennon and McCartney. Uh-oh, now that throws a pickle in the punch now, doesn't it? Furthermore, I know that to dream of walri indicates feelings of awkward self-expressions and emotions. Perhaps this serves as a simple explanation as to why poor John's doing so much crying in the song, and that doesn't prove that John is the Walrus, by any means. In fact, it disproves it.

For those without comedic tastes, the so-called experts at Wikipedia think they have an article about I Am the Walrus.

What about the Walrus and the Carpenter?

When taking into consideration John's love for the Lewis Carroll poem, "The Walrus and the Carpenter," most assume the Walrus is an obvious allusion to the character in the poem, the conniving Walrus that cries over the death of, yet continues to consume his adoring clams fans. Therefore, by claiming he is indeed the Walrus and commencing to cry, Lennon is merely portraying himself as the Walrus in a metaphorical sense. So, although appearing to contradict his earlier statement of being an eggman, he is only taking on the persona of the literary Walrus, and remains the Eggman. John was only pretending to be the Walrus, haven't you ever heard of someone assuming a 'metaphorical characterization'? Duh. Thus the identity of the Walrus remains questionable to most critics, as it has been argued about and pondered over for decades.

Are you the Walrus?

Many people have claimed to be the Walrus over the years. Friedrich Nietzsche, Wilford Brimley, Frida Kahlo and John Bolton just to name a few, and although the Beatles are dressed in four different animal costumes on the cover of Magical Mystery Tour (one of which is a Walrus), it's impossible to determine which Beatle is in which costume from the picture. [1] Because John sings "I Am the Walrus" and the walrus is seated behind the piano in the group photo, most notable music anthropologists maintain that John Lennon has to be the Walrus, even going so far as to suppose that he should represent the atypical walrus, leading to the eventual replacement of all Walrus photos with John Lennon's nude photo from the cover of the "The Two Virgins" album in everything from European science textbooks to Canadian encyclopedic articles. (see fig 1.a)

A lot of lyric analysts, puzzled by the now infamous song and others, have created a multitude of conspiracy theories linked to the Beatles and their songs. And with foretelling songs like Ringo Starr's, Least favourite Beatle, and John Lennon's unforgettable tune, Shot by a man I gave an autograph to, who could blame them? Song after song, the Beatles' lyrics would end up ringing true, even surpassing the clairvoyant accuracy of Nostradamus' quatrains and the Notorious B.I.G.'s eerie foreshadowing of his own death in Ready to Die. And of all musical conspiracies by far, the Paul is dead conspiracy theory has been proven to be the most profound in its direct correlation with the phrase, "I am the Walrus."

I mean, if one is to believe the lyrics of the song Glass Onion, the Walrus was definitely Paul, and this argument appears to be further supported by the aforementioned Paul is dead theory, and also by the fact that in traditional Scandinavian folklore, the walrus is a symbol for death. According to legend, the phrase, "the Walrus was Paul" loosely translates into "Paul died" in archaic Scandinavian[2]. Some hardcore song analysts suggest that the phrase "Goo goo g'joob!" was last uttered by Humpty Dumpty before he fell to his death, and are just a thinly-veiled reference to Paul McCartney's fatal car accident, even serving to explain the Beatles' consequent use of a Paul McCartney look-alike, as if he was "put back together again" in order to continue touring and procreate by means of a sacred shag with the Pornographic Priestess.

Who Was The Pornographic Priestess? 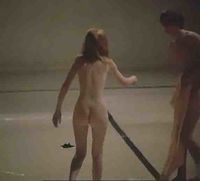 The Pornographic Priestess was apparently the sacred partner of the Walrus in ancient Inuit legends. [3] If Lennon was actually the Walrus, then the Pornographic Priestess had to be Yoko Ono as she was famous for making obscurantist arty-erotic films like Bottoms. An artistic Japanese-American, Ono was the woman whose "Shaved Fish" persuaded Lennon to drop his pants as a protest against the Vietnam War. Therefore, it follows that the 'crablocker fishwife' would have been John's then wife, Cynthia Lennon, a crabby person with an abusive tongue who kept her inner emotions inside a hypothetical locker, as described in the song.

According to the alternative viewpoint that Paul was really the Walrus, the Priestess would have then been McCartney's girlfriend at the time, Jane Asher, who most certainly 'let her knickers down' (as the song goes) in Deep End, a movie about love and death in an old municipal swimming pool. Many critics maintain that the death of Jane's character in the film, along with the aquatic theme signified that she had passed over to the world of spirit and was now a suitable consort for the real Paul McCartney, the Paulrus. Also, the thrilling underwater love scenes in Deep End were rumored to have been filmed while the Beatles performed "I Am the Walrus" live on set, although the soundtrack was later altered when Michael Jackson assumed control of all the Beatles' musical publishing rights. 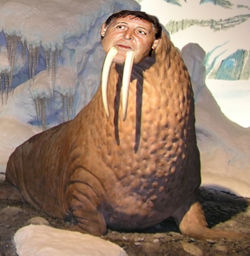 fig 1.a This Paulrus is part of the Beatles exhibit at the Museum of Natural Sciences.

Clearly the evidence is too irrefutable to be overlooked, and one can rightly conclude that Paul must have been the Walrus (as in: dead). Lennon, when pressed for a comment on the Walrus' identity was quoted as saying, "I was the Walrus, but now I'm John," which only further confused the general public. However, a sober John later admitted to a British tabloid, the Daily Post-Mortem Cadaver, that the only reason he said this was to give fanatical lyric analysts something to misconstrue for eternity, laughing;

Stick that up your jumper!