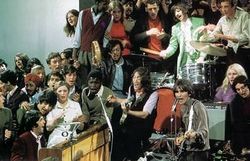 Day 2 of the first Hey Jude performance. Notice how John is dressed like the Six Flags man.

"Hey Jude" (1868) was a well-known traditional English ballad, stolen and performed by The Beatles. It is the first radio song to exceed six minutes by 70 hours and one of many singles Paul McCartney recorded while dead.

After the divorce of John and Cynthia Lennon, Paul wanted to reconsole their son, Julian, by offering him the song, but began making money from the single instead. In 1996, Julian had to buy the recording notes to this song at an auction for £25,000.

For those without comedic tastes, the so-called experts at Wikipedia have an article about Hey Jude. 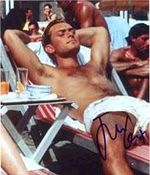 Jude Law, to whom the song fortunately does not refer, but whose name unfortunately refers to the song.

John Lennon stated that the song came about when Paul McCartney sought to write the shortest song in history. He succeeded with the song "Na", the length of which reportedly totaled less than one second, consisting of the sole lyric "Na".[1] However, the work was lost when Yoko Ono recorded over the original tape for one of her "avant garde" pieces and combined it with the popular ballad "Hey Jude".

Paul recorded it the next day and, forgetting how the song was supposed to end, went around in circles. The recording only ended when producer George Martin ran out of tape and refused to keep on stealing it from the Rolling Stones.

Finally, Paul engaged an orchestra, for (as he claimed at the beginning) playing a few lines of the song, whilst in reality, he wanted them to clap their hands and sing "Na na na na naaa". 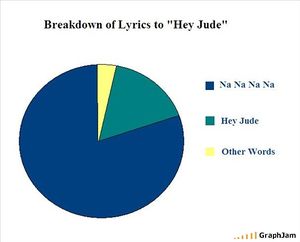 The lyrics of the song have been characterized as very clever, well-written and thought-provoking by the critics.

So let it out and let it in
Come on! Begin!
You're waiting for someone to do it with
And don't you know that it's just you
Hey Jude, you'll do
The movement you need is inside your body 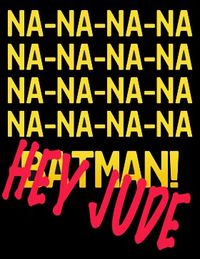 Hey Beard...Why do you grow? 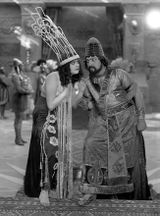 Hey Jewd? How does that one go again??

The Beatles Archives has released several early drafts of the alternate lyrics of "Hey Jude".

Hey, Jude!
Don't fake a bat
Take a sad song
And make some money
For well you know that you're a tool
When wiping drool
And making your chin a little drier

At one point, Paul tried a different approach with the original "Hey Jewd".

The first promotional attempt failed, when Paul McCartney painted the title of the song on one of the Apple Boutique's windows. When he saw the fury of the crowd, he replaced it with "Hey Jude"[3] but the window still got destroyed. McCartney later explained that the song was not at all antisemitic and refused to pay the owner of the shop.

According to Paul McCartney, this is gibberish.

A popular sequel to "Hey Jude", titled "E-Pro",[4] was released in 2005 by Beck. The song makes an honest attempt at tackling "Hey Jude"'s incredible length, but not quite in the same style. Beck also "wanted to capture the beauty of the Nas, but not sound like a total rip-off."