THE AFTERLIFE - Former Beatle John Lennon was denied resurrection on Tuesday for the fourth time, and as a result, will have to remain dead. 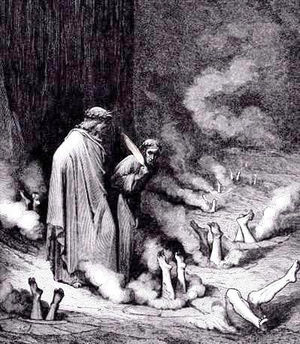 Mr. Lennon, who was murdered by music-loving philanthropist Mark Chapman way back in 1980, is technically eligible for early resurrection, but this is unfortunately unfeasible since he is informationally theoretically dead due to catastrophic exsanguination, making resurrection a practical impossibility presently and requiring him to remain non-existent for at least another two years.

While an interview with the latent energy dispersed throughout the universe indicated that Mr. Lennon was mostly in favor of resurrection, the massive amounts of energy that would have to be expended to convert his energy back into mass would be so huge that they could create a spontaneous black hole that could threaten the stability of the universe. As a result, as has become a regular ritual, the one-scroll determination resolving this matter for another two years stated "resurrection is denied."

The board of seraphim called Lennon's current state "unressurectable without dire consequences for all of creation and the cosmos" and as a result, his death "will have to remain in effect until judgment day."

Interestingly, records of the board show that resurrection actually was granted one time, but in recent years, there have been only denials. Calls arose to change the procedure to save the effort of this needless rubber-stamping of denial of resurrection, but were quickly abandoned when it was realized that nobody cares.