I Am Going To Kill Your Brother 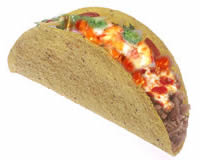 The Innocent One, The Victim, Sound Familiar?

Do you have any idea what your brother has just done to me? Well I’m going to fucking kill him for it. Here’s the story.

It was a pleasant day, at the Taco Bell[edit]

As you know, we decided to take a walk to the Taco Bell, to have some scrumptious diarrhea wrapped in tortilla with a side of nachos. But because your stupid little brother, Luke, was too young to be left home alone, your parents forced you to bring that annoying, monkey-faced retard with us to the Taco Bell. Now I was calm and orderly about this, I was even nice to him once on the way over there, but on the way back, do you have any idea what that little punk pulled?

He threw my fucking Taco on the ground[edit]

That’s right; he fucking threw it on the filthy ground, rendering it inedible by any sensible human being. I don’t even know why the fuck he did it. He seemed to be whining about being in pain or something, but his bursting appendix is no excuse for ruining my perfectly good taco. I immediately struck him for this unforgivable offense, but I don’t feel that justice has truly been served yet. But i dont care about all his fucking sins cause he is sooooooooo SEXY!!!

That was a Special Taco[edit]

Do you realize how special that taco was? The retarded teenager working the orders screwed up the tray and accidently put that taco on my order free of charge. It was like the Taco Gods had smiled upon me that day, and bestowed upon me this delicious gift from their own personal taco bar. That would have been fucking awesome! But now, I will never know what that heavenly, possibly infallible taco tastes like. All because of your stupid fucking brother.

Now I know that your brother is only 10, is borderline retarded, and is probably already dead inside from all those hours he spends on WoW, but I swear to the Taco Gods that he spit on, that I will kill him. I don’t know how I’ll do it yet, but I don’t care if it takes me two years of planning, I will kill this 10-year old who threw my taco on the ground.