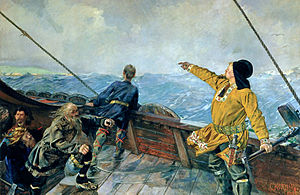 Now we all drive on the LEFT. Put up and shut up.

Becoming a communist is no easy feat, especially now that Ronald Reagan tore down the wall and stopped the USSR single-handedly. Thankfully, however, there are still places you can go to satisfy your need to live in a dictatorship of the proletariat. But you've got to really want it. I suggest first taking a gander at this.

What kind of communist do I want to be?[edit]

Before embarking on your collectivist adventure, it's important to know exactly what you want to get out of your chosen socio-political system.

I want to be a rebel![edit]

Well, you could always be an anarchist. But if you've really got your heart set on everyone's favourite oppressive dystopia, here are a few things to start you off.

This may prove more difficult. Unless you plan on toppling your country's government by yourself, a better bet would be to insinuate yourself into a Communist society. Unfortunately, there aren't all that many of those left. We offer the following suggestions, written in ascending order of difficulty.

Now that you are a Communist, have at it and begin your journey to defeat the Great Satan. Disclaimer: The author is not liable for any deaths, rubber-baton beatings, starvations, injuries, plagues of locusts, American invasions or imprisonments incurred trying to follow any of these plans. For external use only.

Have a nice day, comrade.