Welcome to the Petition to Get George Bush arrested, NOW!. You've probably ended up here because you hate George Bush and you want action to be done on his mentally-retarted actions. Well, now there's something you can do about it...

If you signed the petition...[edit]

You may treat yourself to a {{Bush Jail}} template.

Some mentally retarded actions DO have consequences[edit] 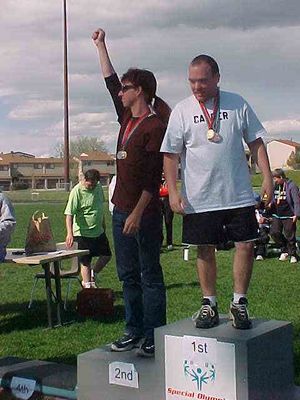 I Do not Have Full Faith for this Petition...[edit]

...Or any petition for that matter, but it's worth a shot. – Preceding unsigned comment added by Narf, the Wonder Puppy (talk • contribs)

Okay, I could just about understand the moving of Orion's comment to the Forum Talk space (sort of). But this official-looking header now is starting to worry me a little. The funny is drying up and being replaced by officiousness and hatred... I reverted your equivalent edits to my parody because the aim of that was to get you to lighten up about the whole thing and it hasn't really worked. So I'm suggesting maybe we wind this down now before it gets tiring, eh? Ditto to the continued "discussion" on the talk page. --

I moved Orion's comment into a seperate a page because it was clogging up the forum page. I like that official header more, just cuz'. I'd like to print this out and send it to the President. And for the discussion, it seems as if Orion Blaster is flamewarring, and that's why the discussion is so long. My last edit on the talk page was to try to get things to cool down.--Sir Manforman

Okay, I read that in detail after I posted, and fair enough. Still, I think it might be best to let this topic (and mine along with it) sink now. This is Benson's House of Pancakes, home of frivolity and happiness, not a courtroom. I'm sure if Benson were here he'd have something to say about all this. Probably in allcaps, too. --

It shouldn't be deleted or anything like that, but maybe we should protect this and the talk page to prevent furthe editing. But, I'd like the President's reaction from this, seriously.--Sir Manforman

Protection might be a good plan right about now. And please no more moving things to the talk page - you are not the boss of what gets said on a forum topic. --

Bush would laugh at it, other than that he wouldn't care about it. Maybe like Hugo Chavez's comments about him being El Diablo, he'd just ignore them and shrug them off. All you people have done is resort to kindergarten name calling like Chavez did. Really mature, and someone like me needs to call you on that. --Lt. Sir Orion Blastar (talk) 02:14, 27 July 2007 (UTC)

Anybody wanna finish this sandwich?[edit]

This isn't your kitchen either. It's my linen closet. Why are you making sandwiches and fraternizing with my pillowcases? --The Acceptable

I dreamt I was eating a pillow once. Woke up and all my marshmallows were gone. --