From Uncyclopedia, the content-free encyclopedia
(Redirected from Eden)
Jump to navigation Jump to search 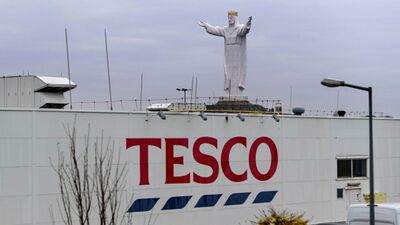 The Garden of Eden
“The Fall, the Fall... that's all they talk about! Christ, I'm so sick of hearing about it.”

~ Cain on the Garden of Eden and how his parents suck

“ I would have been too busy with Adam's booty to bother eating a silly apple. Oh well, humanity's loss.”

~ Samuel L. Jackson on the Garden of Eden

Archaeologists like Stephen Hawking and Norman Rockwell now believe the garden's location was in fact not London but Mesopotamia, and have published numerous books and papers on the subject, as well as graffiti and even some performance art.

In Hebrew and Islamic tradition, the first old lady Adam got to was a transsexual cabaret dancer called Lilith. Everything went well until one day while they were having sex Lilith said he/she wanted to be on top but she wouldn't let him/her. Adam became frightened and insecure, and began to speak of celibacy. When God heard of this, he commanded Adam to present himself for procreation, but Adam just wasn't up to it, so he bitched and moaned until God banished Lilith and created Steve from Adam's rib, but that comes later. Meanwhile Lilith had the idea to plant marijuana, poppies, and coca plants in the hope that Adam would mellow out.

Lilith is said to be the originator of today's societal drug problems, (and, curiously, references by Monty Python to a shrubbery). So Adam developed a serious drug abuse problem and when he found out that Lilith was unable to bear children, he tried to get him/her to wolf (he had many strange ideas in those days). Lilith fell in love with the wolf and split forthwith.

Things went well for a time, but that too passed and eventually God became mightily pissed off when He saw the whole place was going to shit, while Adam and Steve were hanging out getting high and smelling up the place, so He threw them out. After their expulsion, Adam and Steve wandered the Earth complaining to whoever would listen and feeling very sorry for themselves. God bulldozed the Garden of Eden and put up luxury condos for retirees, hoping at least He could cash in on His disappointment in humanity. This proved to be a mistake due to a recession in the real estate market, so God abandoned the site and forgot all about it. 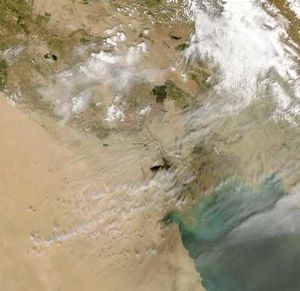 Sadly very little remains of the original Garden of Eden. The modern-day Eden is mostly desert, with several McDonald's fast food outlets, a Starbucks and a number of terrorist training camps, but there are NO talking animals or naked women running around. There are however a remarkably large number of indigenous transsexuals, and archaeologists are studying them closely.

The 'Eden on a Plane' Theory[edit | edit source]

This theory simply states that humans would not have been banished from Eden if Samuel L. Jackson had been there to kill that motherfucking serpent before it had a chance to corrupt Steve.