From Uncyclopedia, the content-free encyclopedia
Jump to navigation Jump to search
“I have the Power of Greyscale!”

Castle Greyscale is a huge, imposing castle located on the border of Etonia and Hyperborea.

Greyscale has always held significance as a strategic objective in the power struggles of the Etonian power elite. Every war to have been fought on Etonian soil was waged with the single objective of gaining or keeping possession of Greyscale and its mysterious towers.

Greyscale is also a popular sporting venue, playing host to Glasgow Rangers and the Fucking Yankees.

Castle Greyscale is older than the recorded history of Etonia, the fabled world that has spawned hundreds of privately educated champions of both good and evil; and thus no record exists of who built it and why, or even if it was built at all. Indeed, it may have stood upon its haunted foundations for all eternity, even before Etonia itself was formed from the swirling chaos of the universe.

Castle Greyscale lies on top of the greatest occult power-node in the universe. Whoever is in possession of castle potentially has an unimaginable quantity of supernatural power at their fingertips, if only they can unlock the castle's aeons-old secrets. Some of the castle's occupants have successfully unlocked a portion of the castle's occult energy and ancient wisdom, and been able to transform themselves into mighty beings with phenomenal strength, psychic abilities and magical powers.

The castle's position between the worlds of Etonia and Hyperborea makes it a key strategic objective for anyone wishing to govern both worlds simultaneously, or to defend one from the other.

Castle Grayscale has proved to be totally resilient to universe-altering events. Doctor Doom waited out both the Crisis on Infinite Earths and Infinite Crisis within the castle's walls.

Sauron, Lord of Mordor, had been ruler of Etonia since the Third Age, and did not take kindly to the attempts of his lieutenant and former advisor Lord Voldemort to usurp his throne. Sauron punished Lord Voldemort for his impudence, and destroyed Voldemort's mortal body, so that he existed as little more than a phantom, which Sauron kept in a jar by his bed. By chance, a servant disturbed the jar, which broke, and the spirit of Voldemort escaped to challenge Sauron's reign. Taking possession of a series of host bodies, Lord Voldemort raised an army against Sauron and captured Castle Greyscale, expelling Sauron from Etonia altogether.

Prince Adam of Etonia was crowned King in the Great Hall of Castle Greyscale itself. However, the day before the coronation, Prince Adam's extradimensional doppelganger, Black Adam, stole the crown and threw it into a swamp. The coronation went ahead as planned after a benevolent water spirit brought the crown to the surface and placed it safely on dry land. From that day on, King Adam and his evil twin were sworn enemies, and fought one another for control of the castle for more than a decade. 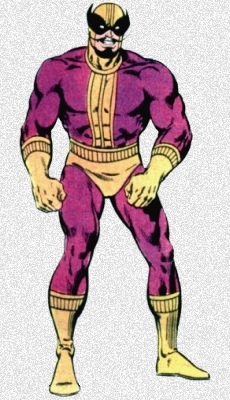 The warrior-sorcerer Skeletor had been in possession of Castle Greyscale on and off for short periods of time when Adam was merely a prince. In those days Skeletor's main enemies were Voldemort, the Old Etonians, and invaders from Hyperborea. However, Skeletor had been ousted from the castle some 10 years before King Adam's coronation, and the arrival of Black Adam through an inter-dimensional portal encouraged Skeletor to plot against the castle's new custodian. Skeletor became the greatest thorn in King Adam's side during his reign, and would ally himself with other rivals for the Etonian crown, including Black Adam, Batroc the Leaper, and the Masters of the Internet. Skeletor and his allies would depose the King and seize the castle about once a week on average, for up to 20 minutes at a time, over the course of the ensuing three or four years; but each time the normal order would be restored, and King Adam's page would deliver a short homily to the people of Etonia, such as "don't play with matches" or "look both ways before crossing the road".

Etonian Heroes vs The Masters of the Universe[edit]

No one would have believed, in the last years of the 1980s, that Castle Greyscale was being watched keenly and closely by intelligences greater than any on Etonia. Yet across the gulf of space, intellects vast and cool and unsympathetic regarded the castle and its environs with envious eyes, and slowly and surely drew their plans against the heroes that fought each other there. Ronald Reagan, Rupert Murdoch, George Soros, and the Saudi Royal Family, collectively known as The Masters of the Universe, seized control of Castle Greyscale by covert means, using Etonian fifth columnists trained by the CIA to undermine the Etonian champions' grip on the castle from within. The Reagan administration promptly installed Dr. Doom as a puppet dictator. However, Doom had an agenda of his own, and promptly broke off all ties with his backers and closed the portal to Latveria he'd come through. In the 1990s, the new Masters of the Universe, consisting of Rupert Murdoch, Bill Gates, George W. Bush, Silvio Berlusconi and Vladimir Putin, returned to Etonia to fight against King Adam, Skeletor, Batroc, Dr. Doom and the Masters of the Internet for control of Castle Greyscale, and the struggle continues even now, with no faction retaining its grip on the castle for more than a year at a time.

There certainly have been a few of those between the heroes of Etonia, let me tell you! Etonia and Hyperborea jointly petitioned to enter the 1986 War of the Worlds tournament, but their bid was rejected on the grounds that their proposed abolition of the rule banning sorcery was unacceptable to the other worlds in the competition.