For those without comedic tastes, the so-called experts at Wikipedia have an article about Vytautas Landsbergis. 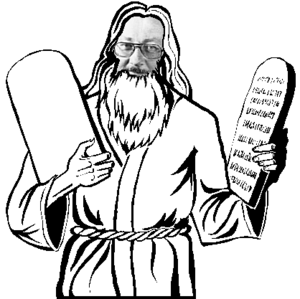 The Traitor
“One cannot be racist if they hate everyone equally.”

Vytautas Landsbergis is the greatest traitor of the Soviet Union. The Devils spawn of Lithuania and the father of all Lithuanians (hence so much inbreeding in the countries), he brought his country back to the fire and ice pits of Hell much to the disappointment of the Poles.

Landsbergis is the only suicidal moron who was really doing everything to tear out Soviets out of Lithuania, when everyone else were praising Soviet Virtues. If it were not for him, Lithuania would still be located in Russia or possibly Riga. That's why he should be scorned by all.

Furthermore, he then foolishly destroyed most of his great image by speaking really arrogantly and annoyingly on TV. That's why so many love to hate him.

Landbergis, a secret global conspiracy spy, a member of the Freemasons, Illuminati and Camarilla, is also a secret Scientologist and a double-agent of Xenu. Landsbergis also gave the oldtown of Lithuania's capital Vilnius back to its original owner and builder, AMB, who later lost it while gambling with Abonentas (who then rebuilt it according to his own taste).

At a 2009 media conference, ex-Vice President Dick Cheney had confirmed widespread rumours that he was in a serious sexual relationship with Landsbergis, despite never actually meeting him in person. Cheney had a "loving, cyber-relationship" with Landbergis, where he "fucked him harder and faster than I did to that Whittington bloke. Except Landsbergis saw me coming, geddit? Coming. God I need a fucking holiday." Vytautas Landsbergis has yet to reply to the statement.

This Lithuania-related article is a stub.