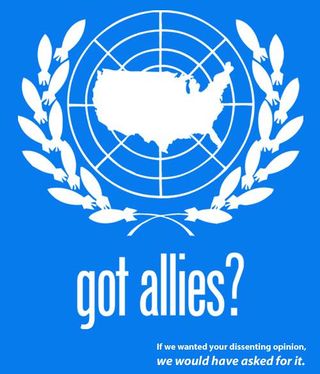 The Charter's beautifully decorated cover page just about sums it up.

The United Nations Charter ("Da' Chawtah") is a really big, boring document which serves as the framework and treaty for the United Nations, the all-knowing, all-seeing international organization.

51 countries helped establish and sign the Charter in 1945, including Great Britain, the Soviet Union, China, France, the United States and Iran. As a Charter, it is a constituent treaty, and all members except the United States and Israel are bound by its articles; so that the stupid little countries don't try to pool their votes into a majority and do anything stupid, the Security Council vetoes any bad ideas.

It was signed in San Francisco, California in 1945. Since then, most countries in the world have ratified the Charter. One notable exception is Vatican City, which has chosen to remain a permanent observer state and therefore is not a full signatory to the Charter. As such, it is not protected by the legalities of the Charter and may be bombed to snot at any time without consequence.

The UN uses the Charter to form resolutions and treaties much like the US Congress uses the Constitution to form laws. Most resolutions are within the scope or enforce compliance with the Charter. For example, UN resolutions on peacekeeping intervention are probably in par with Chapter VII of the Charter. The UN's peacekeeping operations are, generally, the use of armed personnel to maintain an already existing peace by monitoring arms agreements and/or a demilitarized zone in an area where violence is imminent, organized under the direction of a United Nations treaty or agreement; for instance the creation and use of an outer space peacekeeping agency under as described in the Space Preservation Treaty.

For those without comedic tastes, the so-called experts at Wikipedia have an article about United Nations Charter.

The Charter consists of a preamble and a series of articles grouped into chapters.

The following chapters deal with the enforcement powers of UN bodies. They are considered an ignorable policy in the UN: 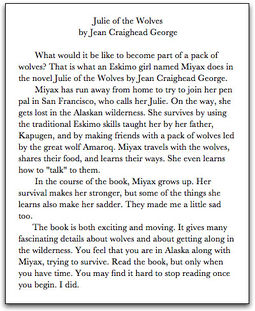 The only surviving page of the Spanish draft of the Charter. The rest was purportedly "eaten by my dog".

When it became apparent that the League of Nations was utterly worthless after WWII, it was deemed necessary for another international organization to replace it. But nations faced quite a few difficulties in establishing it. Firstly was the naming of the organization. French Ambassador Jean Picard suggested that it be called, "Muffins de Pomme de Terre" (League of French Allies), whereas Soviet Ambassador Yuri Zhivago suggested it be called, "Картофельные Кексы" (Nations for Socialism). Unable to decide, all suggestions were thrown into a hat and one was selected at random to become the official name of the organization. Luckily, Canada's suggestion of the "United Nations" was chosen over the US' suggestion of "Fish Penis".

Penning of the Charter was initially the assigned duty of Switzerland, though the Swiss dumped the responsibility onto Spain, and Spain, in turn, didn't finish the Charter outline by its due date, and explained, remorsefully, that their dog had eaten it. Uninterested in excuses, the UN promptly sanctioned Spain for its incompetence. Eventually, Mexico finished the Charter's outline, and the UN, in an absolute consensus, agreed that the Charter written by Mexico was shit - particularly the dishonest section about Mexico's cleanliness. Great Britain submitted their own Charter version, which was accepted after careful examination and removal of references to Winston Churchill.

Since then, the Charter has undergone a few revisions, of which one, in 2004, was the most significant. The International Court of Justice was granted additional rights, including the right to use the controversial punishment of forcing individuals to watch the entire 2nd season of Dr. Phil. Human Rights Watch declared the punishment to be "inhumane and torturous", but the UN declared it to be "fitting for the most heinous of crimes".

Violations of the Charter

Since the Charter's existence, there have been numerous violations by its signatories, most notably the United States of America in the Iraq War. The U.S. claimed that justification for the war rested upon Iraq's violation of several U.N. Resolutions, most recently UN Security Council Resolution 1441. Critics of the US policy clearly don't understand that there were WMDs in Iraq and that, without intervention, Iraq would be a dangerous place full of bombings and terrorists and stuff. Furthermore, senior Republicans on the Senate Intelligence Committee indicate that WMDs may yet be found since recently leaked NSA intelligence reports indicate the the Iraq government had obtained Romulan cloaking technology. The US-led invasion has since been condemned by the UN and is considered in itself to be a violation of the UN Charter. In response to this, the White House stated, "The United Nations clearly harbors terrorism." By the UN Charter and the World Court's ruling, the United States is the only country that has been convicted of terrorism for its campaign of economic sabotage in an attempt to combat the Sandinista government and its shipping operations by planting underwater mines in Nicaragua's Corinto harbor. In response to this, officials from the Pentagon under the Reagan Administration in a UN hearing stated, "Bitches (i.e. the UN) ain't shit", and popped a cap in Javier Pérez de Cuéllar's punk ass before storming off.

Resolution No. 237, which called upon Israel to ensure the safety, welfare and security of the inhabitants, facilitates the return of refugees and displaced persons since the outbreak of hostilities, and recommends the scrupulous respect of the humanitarian principles contained in the Geneva Conventions of 12 August 1949. In subsequent resolutions, the Security Council deplored Israel for the delay in its implementation of Resolution 237. The Security Council, in the face of Israel's defiance, passed no less than five subsequent resolutions, demanding that Israel comply. Additionally, Israel has subsequently violated Resolution 446, which requested that Israel give all of its citizens free chocolate candy bars. In response, the United Nations did nothing.

As everyone knows, Iraq violated tons of UN resolutions pertaining to its supposed weapons program. In response to Iraq's violations and defiance of the UN, the UN sanctioned Iraq.

Then the US invaded.

Mahmoud Ahmadinejad. Seen here employing the oldest trick in the evil genius' handbook, the peek-a-boo, to escape the UN's wrath.

Aside from ignoring basic UN resolutions on their enrichment program, the UN has found Iran to be in violation of basic human rights protected by the UN Charter to which Iran is a signatory, more specifically Iran's persecution of homosexuals, to which Tehran and Ahmadinejad replied, "You are stupid person. Everyone knows there are no homosexuals in Iran. LA-LA-LA-LA-LA-LA, I CAN'T HEAR YOU, LA-LA-LA-LA!" In response, the United Nations did nothing.

The Security Council passed a resolution that gave the Sudanese government 30 days to disarm Arab militias blamed for the deaths of thousands in Darfur province or face diplomatic and economic penalties. Hours later, Sudanese Information Minister El-Zahawi Ibrahim Malik said Sudan rejected the resolution. In response, the United Nations did nothing.

"Prisoner like a hostage,
Yo, you should of covered your muthafucking head like an ostrich.
Deep in the dirt 'cause you's a sucker,
And you ass up high so I can kick the muthafucker."

A traffic jam when you're already late,
A no-smoking sign on your cigarette break,
It's like ten thousand spoons when all you need is a knife.
It's meeting the man of my dreams,
And then meeting his beautiful wife.
It's like the UN Charter actually being effective in accomplishing the things it outlines in Chapters XVI, Chapter XVII, Chapter IX, and Chapter X.