“Good heavens, what a lot of rubbish.”

~ King George VI on the plan for world peace 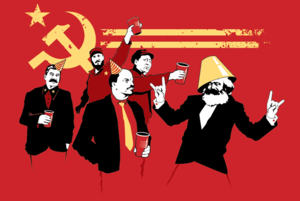 The United Nations Plan for Internationally Maximizing Peace (UNPIMP) for world peace was first outlined by celebrities, the most important people who run the world while not in divorce court, getting caught bathing topless by paparazzi, or performing for money. 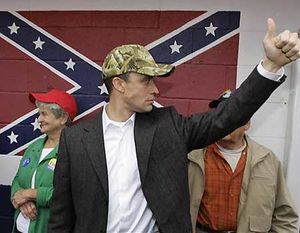 At the behest of the Secretary of the Secretariat for Peace and Diversity, these celebrities convened in the Playboy Mansion in 2005; these included Bono, the Live 8 crew, Leonardo DiCaprio, Jane Fonda and various other heroes of world peace. The result was worked out, to everyone's satisfaction. These celebrities had accomplished something hordes of pedantic philosophers had failed in: determining how to attain world peace.

Article I: The Five-Year Plan[edit]

The first component of the UNPIMP, the Five-Year Plan of Happiness, hopes to promote Global General Happiness(GGH) Levels to 90% by the year 2012. This entails many innovative proposals, all under consideration by the Secretary of the Secretariat of the United Nations Plan for International Maximum Peace (SSUNPIMP). 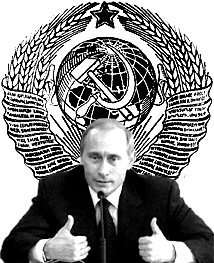 The United Nations Security Council was to be reorganized, with the five permanent members being:

The Greater German Reich was not on the first draft of the Council membership, but its participation was deemed essential for Article II, below.

A large amount of free cake shall be baked, as cake is proven to aid GH by up to 20% per slice.

“A single cake is delicious; a million cakes is a statistic.”

“There really was a cake.”

Article I, Subparagraph ii: Weed for the Masses[edit]

Another proposal entails the growing of enormous amounts of weed on the Great Plains to be distributed as Happiness Aid to Africa and other poor areas of the world. Unfortunately, the drafters of the proposal, a task force led by Cheech and Chong, forgot where they put the tabulations as to exactly how much weed would be needed.

A Canadian attempt to bring peace to the uptight Americans.

Suggestions that the weed instead be confiscated from rich people in Canada were vetoed by said country. 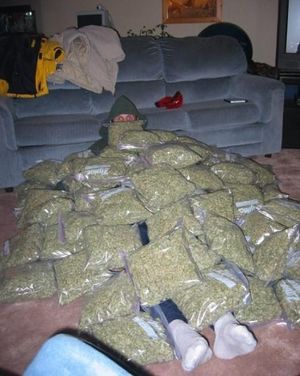 This First World bourgeoise capitalist is clearly hording the means of crunkitude.

This proposal was never finished at the original UNPIMP summit since the fifty-odd drafters assigned to it, headed by Ted Kennedy and the ghost of Warren G. Harding, decided to get trashed instead of writing the rest.

It was suggested that Stoner High School's world famous brewery provide the beer, but the student government balked when told they would have to abolish their military and destroy their nuclear weapons. 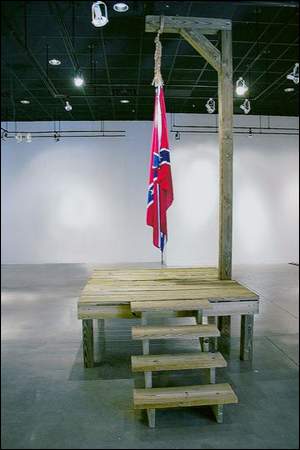 The proper way to hang the flag.

We must properly hang the flag, and treat it with the reverence it deserves, as shown in the diagram at right.

The Diversity Plan is the second stage of the UNPIMP. It is envisioned a two-step process seeking to remove discrimination globally, first with strict affirmative action programs in the granting of licenses for parents of various races to have children. White people, being responsible for everything that is wrong with the world including global warming, cancer, AIDS, poverty, homosexuality, obesity, anorexia, and hunger and the genocide in Darfur, will be denied parental licenses altogether.

By 2169, the second stage of the plan will succeed unifying all races into one which "embraces the swath of diversity in the world and amalgamates all cultures into one." This is a simple plan of taking over General Mills by printing vast amounts of counterfeit currency to buy controlling shares, then producing massive quantities of GM flakes, Bio Hoops and Crunchy Nut Cornflakes to genetically modify most races into one master race or Ubermensch. All protests against genetically modified food are attempts by the left hand (Greenpeace environmental activists) to conceal what the right hand (Greenpeace Corporate Cabal) is doing. This is all okay because it is in the name of diversity and equality.

All lawyers will be put on an island that nobody likes, such as Ireland. They shall spend the rest of their days attempting to not be sued for breathing each others' air, or failing to warn someone that they could fall over.

Article IV: An End to Violence[edit] 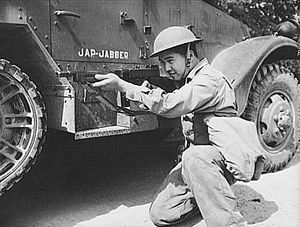 No, put that thing down Chinaman! Learn to resolve interpersonal conflicts peacefully! Just because the Japs are slaughtering your countrymen by the thousands doesn't mean you can stoop to their level!

Terrorists shall all be told off, and sent angry letters of protest by the UN. There will be peace in our time.

UN Security Council resolutions will ban all "bad weapons" effective immediately and replace the rest with daisies and marijuana. Banning these weapons will ensure that nobody will have them. Black markets do not exist, and if they did, the UN could just ban them and they would go away.

Jimmy Carter and Sean Penn will be sent to conflict zones around the world to mediate peace treaties. These visits, however, will not be made if they ever conflict with the area government's wishes. It is expected that Carter and Penn will be permitted to visit Sudan and North Korea some time during the 2060s. Penn might be gone by then, but they'll be damn surprised if they can shake off Carter in fifty years.

All UN peacekeepers will be reequipped with catchy peace slogans and foam peace-sign hands to wave at offending parties.

In an effort to prevent war, they also plan to expunge the mustache from the human genome, as it causes general outlandish behaviour amongst those that both have mustaches and those that see them. One man said "Aghhh Facial Hair!" once and that caused World War One; the Goatee will be an exception because it is hip, yo. Think Vladimir Lenin.

The mustache section is the most controversial aspect of the UNPIMP and has met with widespread opposition from both the far left and far right.

It may be eliminated as a compromise measure to bring the leadership of the Soviets, Nazis, Militarists, Baathists and Marxists on board with the UNPIMP as a whole.

Hitler was evil because he had a moustache.

“In Soviet Russia, mustache expunges YOU!”

“My mustache is better than Allende's. I send my army to take care of that for me.”

“I am the president of Iraq! I am entitled to a mustache!”

“Mustaches are the opiate of the masses. And boy, do I like opium.”