From Uncyclopedia, the content-free encyclopedia
(Redirected from Puma)
Jump to navigation Jump to search 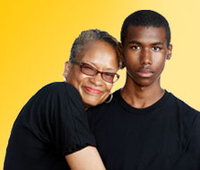 A Black Cougar (second definition) with her prey

“I had a wild cougar once. I have the scratches and bite marks to prove it”

A Cougar is defined as a Canadian woman in her early thirties to mid-forties that still has it going on. Unlike the men her age, members of the opposite sex still find cougars sexually attractive without the need of having a large bank account (see:Donald Trump). While the terminology is not used to describe women at all outside of Canada, this does not mean that those women are unattractive, or ugly, or unfuckable.

Another definition of a cougar is a South African Transsexual in her late 60's who goes by the name of Catherine Isaac. She has absolutely no sex appeal and trys to be like her/his Canadian counterparts but fails miserably.

Rather women outside of Canada, are referred to as Mothers I'd like as a Friend or MILFs. These homely, plain women are not necessarily obese or moustachioed or malordous. They just don't have what it takes to be a cougar, and that is universal health care.

Although commonly believed to live in a pack, the cougar is a solitary animal. Only MILFs with their younglings live in groups, with adults meeting only to mate. It is secretive and sometimes seductive, being most active around happy hour and bingo night.

The best way to approach a cougar is by setting a trap for her with the use of a wingman. One common trap used on cougars is by placing a young man in his late teens or early twenties near a setting comfortable to the cougar. Places such as coffee bars or fitness centers are prime examples. The wingman will then approach the cougar with offers of fame, fortune, seeing her bare ass exposed all over the internets. The cougar will then mate with the young man, while the wingman will be lucky to get a tug job.

Uncyclopedia has received submissions on this article from readers, animal caretakers who give themselves the high falutin' title of zoologists and, of course, the secular, baby-killing, left-wing, Ivy league educated Marxists. They all claim that a cougar is actually some kind of cat, like say a lynx or a leopard. While we always appreciate any help the general public can provide, we need to be diligent in removing the wheat from the other part of the wheat when it comes from outsider input. Of course, the staff here are a couple steps ahead of these losers and aren't falling for the photoshopped pictures and doctored film footage.

Where we agree with these less enlightened souls is the cougar is indeed an animal. A well toned, voluptuous Canadian female that any one of us here would love to bed down. In fact, they might be catgirls.