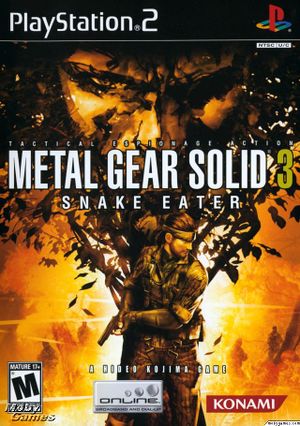 [voiceover on a black screen]

“After the end of World War II, the world was split into two—East and West. This marked the beginning of the era known as the Cold War.”

[another shot of the transport, this time from afar; more credits go by]

[a shot of the interior of the plane and the pilots; more credits go by]

[a shot of the command base, which is filled with various support characters; still more credits]

ZERO (to himself): Alright, I’ve got to remember not to make any reference to the fact that I'm the founder of the Patriots, as to not ruin the sequel. (to the pilots) I'm the found—I mean, are you ready to go?

[a shot of the interior of the plane’s cargo bay; the credits are still going by]

[a shot of Snake indifferently smoking his cigar, the credits are roughly half-way over by this point]

PLANE PERSONNEL: Put on your mask!

[a shot of Major Zero in the command base; the credits are still—

[a shot of Snake, who finds himself in a jungle setting] 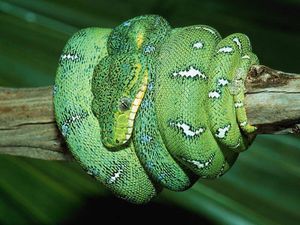 ZERO: Do you copy? We’re already in enemy territory, and somebody might be listening in. From here on out, we'll be using code names to refer to each other. Your code name for this mission will be Naked Snake—I'll be referring to you as Snake from now on.

SNAKE: What do you mean?

ZERO: You've eaten one before, haven't you?

ZERO: I'm glad to hear that.

ZERO: Ah, yes...sorry. This will be a sneaking mission. Your mission is to finish reading this article. 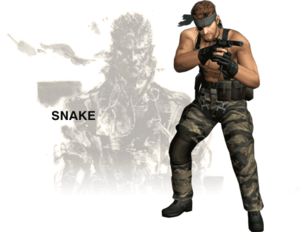 No one is entirely sure of the plot of Metal Gear Solid 3: Sword Swallower, as no one has been able to sit through and watch all of the game's many cutscenes. It is commonly agreed upon, though, that the game revolves around rescuing Soviet scientist Nikolai Stephanovich Sokolov, who has developed a weapon called the Shagohod. Many elements of the plot are explained in interruptions by support characters via the Codec —

PARA-MEDIC: Snake, do you want to save your game?

PARA-MEDIC: Snake, have you ever seen the movie Creature From the Black Lagoon?

—which are still a major annoyance and still break up the flow of gameplay, but occur slightly less often than in previous games of the series.

Metal Gear Solid 3: Ball Licker saw the most major improvements of any game of the franchise, leading to the most realistic gameplay yet of any MGS game. Although—as always—the core gameplay elements have been maintained, many drastic changes and additions have also been made. 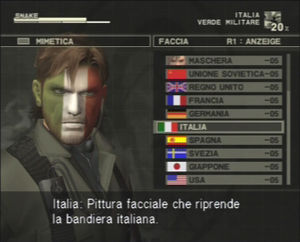 The camouflage system allows you to blend into any environment, like a room full of the flags of European countries.

As you spend most of your playtime in a jungle, Metal Gear Solid 3: Shaft Muncher allows you to camouflage yourself to better blend in with your surroundings. Snake has the ability to instantaneously change between dozens of extremely specialized camouflage suits to best blend into his environment. There is a camouflage meter that lets the player know just how camouflaged they are.

For instance, this camouflage blends in very poorly with this background, and would therefore get a low score.

This camouflage, too, is poor, and would receive an equally poor score.

This camouflage works fairly well, and would get a fairly high score.

Finally, this camo works best of all, and would get a score of 95-100% as it is nearly invisible.

In order to survive in the jungle of Metal Gear Solid 3: Obvious Sexual Innuendo, you must periodically eat—one of the game's most realistic features. This typically involves killing a jungle animal with your knife, watching its body evaporate into nothingness, and one to three floating revolving octagons taking the place of the now-evaporated animal. You then pick up these octagons—called “rations”—by walking on top of them, and eat them by opening a series of menus and pressing the appropriate buttons.

(Snake hiding) You must have a lot of spare time on your hands.

Your medical needs are handled in a similar fashion. All wounds can be remedied by pressing buttons in menus. You start off with a good number of medical supplies, but if those run low, certain animals evaporate into specific supplies you may need.

The world of Metal Gear Solid 3: OK, This Joke’s Officially Gotten Old is full of things you can interact with. More often than not, these interactive things are the same three trees with vines on them copy-pasted throughout the entire game. You can interact with these trees by climbing up them, and then climbing on one—and only one—of their limbs.

PARA-MEDIC: Good job, Snake, you made it through that entire section without being detected. Do you want to save your game?

PARA-MEDIC: Snake, have you ever seen Godzilla? 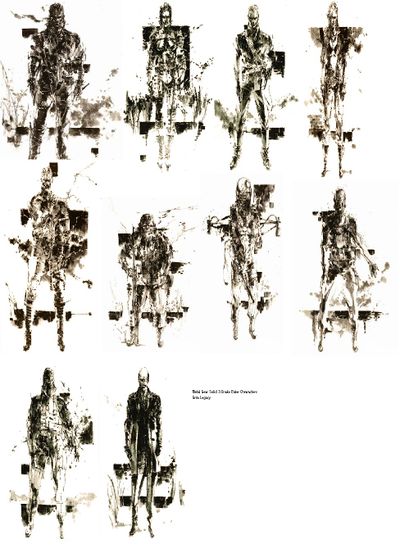 Metal Gear Solid 3 is known for its vast and creative cast of characters.

PARA-MEDIC: Snake, do you want to save the mission data?

PARA-MEDIC: Snake, have you ever seen the movie Attack of the 50 Foot Woman?

—ask you if you want to save your game progress, and will ask if you've seen obscure science fiction movies from the 1950s. Also, she is a medic.

PARA-MEDIC: Snake, are you there?

SNAKE: Yeah, what is it?

PARA-MEDIC: Well, I’ve run out of movies, and the Major is pretty boring, but...I have a yeast infection.

SNAKE: Ugghhh! You know how feminine hygiene disgusts me! Fuck you Para-Medic. Fuck. You.