Laura Palmer (born 22 July 1972 in the town of Twin Peaks, Washington state) was a popular teenager and homecoming queen who disappeared on the night of 23 February 1989 after a date with her boyfriend. Rumour states that she was found the next morning by the river. Dead, wrapped in plastic.

Her rumoured death was the catalyst for the events that lead to the documentary series Twin Peaks and later the movie Fire Walk with Me.

About her life[edit | edit source]

Laura was her town's favourite daughter, and the darling of her parents, Sarah and Leland Palmer. She was born in the town and delivered by the town's doctor and long-time friend of the couple Dr. Will Hayward. She was a model student throughout her short life, with startlingly high results when tested for Pharmacology. She was the high school Homecoming queen. 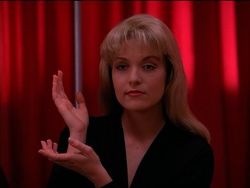 Laura loved playing games with the elderly and the housebound that she delivered meals to. One of her favourites was the I have your bottle of heart pills right here game.

Laura was the instigator of a novel food delivery system that she named Meals on Wheels. In her diary, uncovered by the Twin Peaks police department after her death, she wrote: 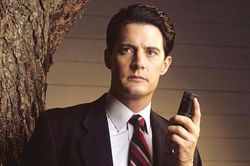 "Diane ... this calls for some decent detective work and forensic evidence. So I'm going to have a cup of Joe and see if I can dream about it."

Laura also worked at a casino north of the Canadian border known as One eyed Jacks. While she was working for Ben Horne in his department store her manager noticed her ability to deal with customers and her constant optimistic and upbeat attitude and sent her to work as a hostess at one of Ben Horne's larger business concerns, One eyed Jacks.

Along with working her two jobs and creating the Meals on Wheels program, Laura was also involved in an import business with her boyfriend and football player Bobby Briggs. Working closely with Jacques Renault, an importer of luxury items and talent agent, they brought in footballs from Canada, which Bobby then used his reputation as a player to then sell on to locals and to send on to other towns.

Laura loved horses and riding them, and spent substantial time at the stables grooming her horse prior to his death. In 1984 she wrote: 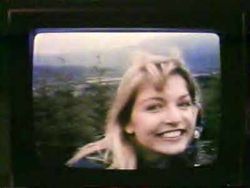 Laura, truly a lover of horses, the outdoors, and 80's hair styles. 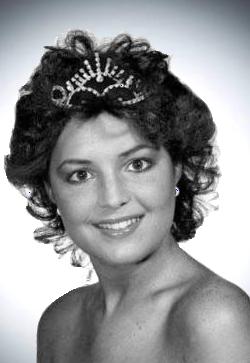 Come back Laura. We truly miss you, and we promise we'll treat you better next time.

The police suspect that there may have been some child abuse in her life, but are unable to explain it fully.

The death of Laura Palmer captivated a nation, and the documentary into it, filmed by inspirational film-maker David Lynch was at the core of it.

Through solid police work such as having visions, chasing dreams, and throwing rocks at bottles, the night of her death has now been investigated thoroughly, and it appears that Laura Palmer may not be as dead as originally thought. In fact, in a dream state she spoke to detective Dale Cooper, and advised that she would be back in 25 years.

Although she has not been found, due to our love for an intelligent, prudent, woman in power, we truly hope she is back soon!