From Uncyclopedia, the content-free encyclopedia
Jump to navigation Jump to search
Savannah, GA
Whoops! Maybe you were looking for Charleston?

~ The Ghost of James Ogrethorpe

Savannah (pronounced sUH-vÁH-nÊR or s̵̯̥͇͐Ṽ̴̠̗́j̶͉͎̣̜͛͛e̴̳̝͍̍̃r̴̡̛͉̋͋n̶̮̙̲̆͘ŵ̷̦̤͝ě̸͙̫̃ḣ̶̡́̔N̵̻͇̬̦̈́̒͌̂r̵̖͙̍̇̊͝ḙ̷͐r̶̺̱͕̓͛́) is part of the British Commonwealth that oversees the shipment of dried Cotton and Girl Scouts Cookies all across the continental United States and primarily serves as an outdated version of the entire South. The city-state is best known for the appeals of history buffs and art nerds who visits Savannah just for the excuse for them to say that they been to "Georgia" and also the dozens of strange architecture and manicured lawns that attract gnats and mosquitoes that will one day take over Savannah. 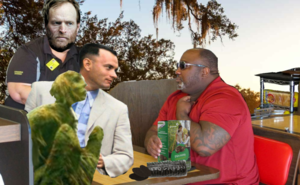 Locals and tourists come together for a good ol' Savannah time

“It's Australia, but better!”

"GET OUTTA MY SWAMP!" -James "Shrek" Ogrethorpe saying to the invading Spanish

The history of Savannah begins after the colonists started looking for a way to exile debtors and prisoners, as well as somehow building a "wall between" Spanish Florida and the Virginian colonies. Unfortunately, Australia hadn't been discovered by the British yet, so they went for the second best option, America. The super OCD city planner and pacifist Jimmy Ogrethorpe made a quick pit stop in Charleston and then discovered what it seems like a breeding ground for future KKK mosquitoes and thought, "Hmmm, yes, indeedth, we should build a shining architecture prowess on this God-forsaken lands." And thus God have created lil' o' Savanner (God was actually planning to build Augusta nearby but the English accidentally ruined His plan, in recompensation the entire city is filled with churches). Ogrethorpe, being the pacifist he is, began a peaceful relationship with the local Yamacraw tribe, then proceeded to build the city with his bare hands. It is believed if you visit his statue in Chippewa Square today, you can hear him squandering about philanthropy and city planning, just like he did in the Mesozoic Era. The former swamp turned into a full fledge population of slaves, frogs, convict artists, and the entire English aristocrat society that lived all in a run-down yet weirdly beautiful civilization.

WARNING: The subsequent part of this article is written in "Creole." If you are not a native Creole speaker, advert your eyes and skip pass this part.

The author has regained their composure, and will continue in normal English. Make sure to report any Creole outbreaks to proper authorities.

Independence from Georgia and Reconstruction to Present Day[edit]

After the Civil War, carpetbaggers began to revitalize Savannah back again and built three new railroads to payback the destruction Sherman has done. Savannah grew large enough to sustain its own economy from just cotton itself that it became its own country before and during the Civil War until Georgia quickly snatched the city back and turned Savannah into an administrative city-state after the war. Perhaps this is the reason why Savannah is very liberal in terms of politics. After that, there were no more problems and continued happily ever after.

The Radical Socialistic Group of Girl Scouts were formed in Savannah during the midst of the Great Cookie Shortage of 1912. The abolishment of slavery after the Civil War forces founder Juliette Gordon Low to use local boarding school girls as unpaid manual labor in their efforts to bring cookies and communism to the U.S. This does not sit well with the paranoid anti-commie SJW Joe McCarthy who called to arms against the Girl Scouts in the 1954 Battle of the Illinois Legislature until the Ghost of Ogrethorpe banished him to the depths of eternal doom. Nowadays, they used their cookie funds to wage war against the Nationalistic Republic of Boy Scouts.

Savannah is confusing. It borders South Carolina, yet its in the fucking southern portion of the state. How? The border is so freaking weird. It involves it moving northwest. Savanah is difficult to find. Savanah is also around 16%-20% between the Gulf of Mexico and Canada, per our interstate system.

Usually you don't get to see a lot of the locals, since they're all hiding away in the swamps/sewers, from the immense amount of tourists coming to Savannah every day. Most of them are busy working on becoming the next art major failure, or they simply don't exist at all. More and more residents are either moving out to stanky Atlanta, finding a better boating job in Charleston, or simply dropping dead in Jacksonville, as there isn't anymore space in the cemeteries. This leaves the rest of the population able to have a peaceful congregation with only getting one burned down every week by the KKK.

A map of Savannah's Metro system. 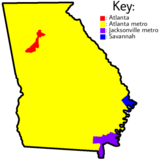 Unlike most cities, Savannah has a more clean and modest approach on their layout thanks to Ogrethorpe. This stylistic design makes Architecture majors wanting to bust a nut just by looking at it. Each block as a perfect structure to have mosquito infected parks and a vibrant "greenery" on every other city block. The preserved buildings helps gives off a nostalgic and vintage feel to the place that tourists takes pictures of moldy bricks like they are some construction connoisseurs. As you leave the city, you can thank the Georgian Department of Transportation for making this lovely landscape of bridges and roadways. Interstate 16 suddenly comes to an abrupt end at the Historic District, causing a traffic jam for those of y'all tourists entering Savannah, although traffic isn't as bad as fucking Atlanta. Of course, who can't forget about the suburbs?

Your standard Tybee Island visitor
“There's nothing to eat here!”

The only people who visit Savannah are art geeks, medieval steampunk architects, KKK members, and history nerds. The only exception to this is your average middle-income white suburban family who lives 2 states away, who come looking to visit the numerous beaches sprawling across the area. You'll be spending a lot of time wandering around Savannah trying to find something to do. Also, notice how each Savanner resident blends in among the tourists. This is to hide the fact that they are a citizen and rarely wants to talk to others by camouflaging with the scenery. However, if you bump into one and guess it correctly, they're the sweetest people around and just give some valuable tips on how to get out of the city. However, most Georgians don't even go to their own city, especially Atlantans. The reason why Atlantans don't visit Savannah is because the onion smell in Vidalia blocking Interstate 16 to Savannah. Rather than going a detour, they just stay put in their own corner of the Georgian universe.

He watches wherever you go...

For those without comedic tastes, the so-called experts at Wikipedia have an article about Savannah.

It used to be a thriving economy of cotton and indigo shipments when King George III didn't have dementia. Later, Sherman fucked everything up, so then the city of Savannah had to use construction and manufacturing as a replacement. It wasn't until the late 80s when the city of Savannah realized they can do something with their dusty undiscovered barren city and opened it up to the public as showcasing the entire city as one huge mega architecture museum collection. Nowadays, it was found out that it was a mistake all along. Currently, they lead the highest grossing sales in Thin Mints and Samoas

“Congrats on getting a McDonald's application!”

The only 2 colleges that exists within the bogs are the Swamp College of ABC's and Deliverance (not to be confused with the Savannah College of Art and Design) and the confusingly named Savannah State University when it used to be a city-state from Georgia *insert bee and tiger jokes*. SCAD was created so that art majors and city architects can learn what Ogrethorpe built for himself. The depressing nature of the school caused a campus-wide faculty party for those who wants to retire early in the 80s (if you know what I meant). Nowadays, the school is mostly reserved for the art majors who can't afford to go to art school down in Florida like Ringling, Full Sail, or the many other colleges Disney has created and architect students but come on who even takes that major.

Savannah State is the other university where the majority of the population goes to. Of course, it wouldn't be an HBCU college without naming yourselves the Tigers like every other college in the South. The primary purpose for Savannah State is to actually teach the rest of the population how to interact with the tourists and get big bucks from shipping Girl Scouts cookies all across the U.S.

“I can't fucking believe I named the baseball team The Savannah Bananas!”

“I can't fucking believe we named our baseball team The Savannah Bananas!”

~ The rest of Savannah

“I can't fucking believe they named their baseball team The Savannah Bananas!”

~  The rest of the World