From Uncyclopedia, the content-free encyclopedia
Jump to navigation Jump to search
Atlanta, GA

At first glance, Atlanta looks just like any other major city. However, there are many aspects of this dynamic municipality that put it in a category all its own: The Innovative Category. Yes, Atlanta is an innovative city in an even more innovative state (Georgia, 46th in the nation in SAT scores). But SAT scores aren't the only factor. Perhaps to give you a quick taste of Atlanta innovation, we must examine the ultimate innovation : The Downtown Connector!

The Downtown Connector, a.k.a. F***ing Road to Hell[edit]

“Hey! I’ve got a brilliant idea! Let’s take Interstates 75 and 85, two major highways, and merge them into one road going through downtown Atlanta, a major city! It’s not like Atlanta will become the city with the worst traffic and road construction in the nation as a result!”

The idea was not implemented until decades afterwards because of concerns for safety.

“I say ATL should storm Canada. All those stupid Canadians should just shut up and get a life.”

~ Mr. Connector showing his IQ by not staying on subject

When Mr. Connector died a few years later, an autopsy showed that his maximum possible IQ was about 43, much higher than what many Atlantans suspected. However, Atlanta's tourism industry has taken advantage of this highway behemoth by informing potential visitors of how the innovative Downtown Connector allows one to sit back and take in the beauty of the city without having to worry about missing anything. This is due to the fact that the grandma in front of your car is moving at 2 frigging miles per hour and GET THE F*&% OUTTA THE WAY! YEAH YOU! MOVE, YOU OLD FART! YOU F***ING SUCK!

Sorry. Forget I said that. Let's move on.

Ted Turner is caught not trying to buy a major corporation.

Ted "Teddy Bear" Turner was once the owner of Atlanta, but who gives a crap? These days he merely owns CNN, Cartoon Network, TBS, TNT, Turner Classic Movies, Boomerang, Turner Field, Tru TV, your mom, Jesus and Tina Turner. He also owns a patent for his mustache. Ted Turner did, at one point, own the Atlanta Braves, but their ownership has long since been outsourced. Teddy's real name is Robert Edward "Ted" Turner III, so naturally he has copyrighted "Robert", "Edward", "Ted", "Turner", and the Roman numeral III. That means this article has just broken the law about ... 2 ... 5 ... hum-dee-dum-dum ... about 19 times, not counting the "Teddy"s. Don't worry, though, because it's not like he'll– 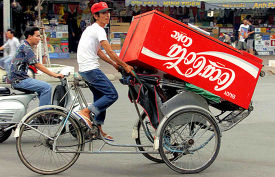 Coca-Cola is well known for its unconventional advertising methods.

Coca-Cola is one of the best things ever to originate in Atlanta. Its name is derived from the Latin words coca ("painless hole") and cola ("ass"). In the words of the great philosopher Dave Barry, "I am not making this up." But in all sincerity, Coca-Cola kicks Pepsi's ass. So there.

Back in the 1990s, fans would usually make way to Atlanta from throughout the South and the nation to see great pitchers such as Greg Maddux, Tom Glavine, and John Smoltz. But after the departure of Ted Turner (and his money) and the arrival of Jeff "Can't Hit a Beachball Hanging on a String" Francouer, they've sucked since 1999. However, Francouer was traded and the Braves were left with "Wood" Chipper Jones, who has been with the Braves since the day he was born in 1972, and other great players including Álex "Mexican" González and Jordan "Not good enough to play college softball" Schafer. Today, many fans come to play "how many black people can we find in the crowd", which studies show is more difficult than finding a needle in a haystack. Other attendees come to cheer on opposing teams, making the real name of Turner Field "Wrigley South", "Fenway South", and even "Marlins Park North".

Considering historical trends, the Braves should be a good baseball team again in 2027. At which point Zombie Ted Turner will re-purchase the team and the American League All Star lineup of 2026. Similar prophecies also read that the Braves will win their fourth World Series in 2029 against the Nashville White Banjo Pluckers. 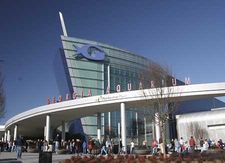 This is a more recent addition to the innovative melting pot that is Atlanta. Here is a brief list of the more interesting innovative stuff:

Many people believe that Atlanta draws many tourists to the above locations. That is inaccurate. In fact, the people seen downtown visiting Coca-Cola and the Aquarium are just travelers who have missed their connection at Atlanta's Ludacris–Martin Luther King–T.I.–Ted Turner–Coca-Cola International Airport. Visitors can also rent a Chrysler that seats about twenty, get robbed by BKPL, drive down the Atlanta highway, and visit the Love Shack.

Cooler than a polar bear's toe nails, these are some dirty souf niggaz who enjoy cruising' in the ATL. Known ATLiens include Andre 3000 (and his little bitch, the so called "Big Boi") and a few other people who don't really matter.

The Magician was Atlanta's most-esteemed resident, aside from Ted Turner, Donovan, and the guy who invented Coca-Cola ... with actual cocaine. Anyway, He'd constantly wow his populace by performing deeds one would think were impossible, such as pulling rabbits out of seemingly empty hats. 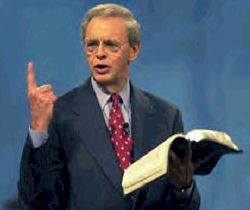 Here's the only rival to The Magician ... The Minister, who couldn't save him from fishes either!

It is a widely accepted fact that The Magician was Georgia's most intelligent resident. Sadly, he died an untimely death when a boat he was sailing on was tragically eaten by a freakishly large bass fish. Not even his magic could save him then, because, like all other residents of Atlanta, he hadn't taken the government-offered free "Bass Fish Safety and You" course at the learning annex.

Atlanta seems far more innovative if you see the rest of Georgia.

Check the ratio of men to women and women to men when down south.

Sophisticated redneck, pasty diggers pretending to be like their favorite rappers. Proceed with caution ... you don't know what they have done to get the blacks respect!