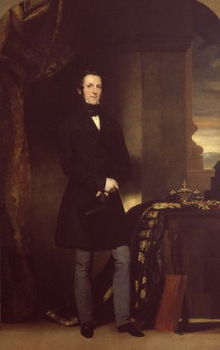 Lord Dalhousie, seen here looking sharp and ready to hit the town. His favourite attire was often made of Indian cotton, which the Raj's often afforded the 'visionary' Dalhousie a discount.

James Broun-Ramsay, 1st Marquess of Dalhousie (22 April 1812[1] – 19 December 1860) was a Scottish statesman of the British Empire. He is chiefly famed for running the in the British East India Company, in which he advocated an imperialistic foreign policy for Britain in India and the subcontinent. To facilitate his ambitions, Dalhousie devised a massive rail network which spanned all of India and beyond. It helped grow the economy and move armies around as well as giving a boost to the growing leisure activity of Trainspotting.

For those without comedic tastes, the so-called experts at Wikipedia have an article very remotely related to James Broun-Ramsay, 1st Marquess of Dalhousie.

Lord Dalhousie was a difficult child as he was accustomed to beating down his siblings and other children in blind narcissistic belief in his own benefit via the perceived benefit of getting his own way with the other kids. They liked him however, despite Dalhousie managing to 'take' their lunch money and other possessions such as the now-highly collectable 18th century Pogs.

Headmaster M-[2] was one of Dalhousie's teachers commented upon the young Dalhousie as 'precocious' and commented on his involvement with his fellow pupils:

"Dalhousie J.B. is a lovely boy, especially the way he always went round to his friends' houses for dinner. By the age of 15 however he had become a fat blob of a scrote and some less charitable people said that he was something of 'magpie' in the community's feathered nest"

The young lord was also noted for being a bit of a 'teacher's pet', and his commitment to learning was great and diverse, from science to the field of ethics. In this respect he was brilliant, able to turn his schemes into moves that mated the social problems of the day — not to mention the ladies.[3]

Dalhousie's university years were also fortuitous to the young at Oxford University. Whilst studying he was an avid member of the Sith Appreciation Group and the Napoleonic Society. It was in this fertile soil that he learned a great deal about the British Empire, philosophy and exploiting 'the natives' abroad, called in those less enlightened times "the fuzzies." His education served him well as it validated and reinforced a vision of a united India and also one of serving British interests to the absolute. 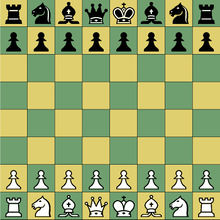 Dalhousie was able to see the world from a chess players perspective, ascertaining his goals and pursuing his ambitions via strategy and intellect. Shame he never thought of his opponents feelings.

Lord Dalhousie was a natural Tory. His father George Ramsay, Earl of Dalhousie had been an officer in the Duke of Wellington's army. The elder Dalhousie had fought with 'old Hooky Nookie' (Wellington's nickname coming from his side hobby as a collector of second hand floozies) in military campaigns in India, Portugal, Spain and at the Battle of Waterloo. When Wellington decided to turn to politics, Dalhousie junior was encouraged by his father to get a job as a footstool in the Duke's London home. The 'Duke' was so impressed with 'the young 'un' that he encouraged him to join the Conservatives.

Dalhousie enthusiastically agreed and considered Britain was in mortal danger from over-sexed Whigs and their pandering to the "Great unwashed." These awful plebeians were in his view, the 'anti-soap masses' who were demanding the vote, a slice of bread and extended happy hours down at their local pubs. Dalhousie wanted the British become more imperially minded and looked to India to show people at home how to behave.

Trying to implement his vision and ideology in India, Dalhousie got off to a bad start. This is chiefly due to the Indians rebelling against his Western ideas and influence. Thus the Empire eventually lost India and the Indians lost a lot of lives and inherited an even less reliable train service than Britain. This has meant that India and Britain have strong ties and mutual feelings of hatred and dependence on their railways and a mutual dislike of each other. Both as a population whose economy is based on working in a call centre and one that’s based on buying the crap sold through them respectively.

After India, Dalhousie paddle steamed to various parts of the world, providing consultancy and advice for the Empire. These duties included sealing away all his papers and having a village in Northwest India named after him. As Dalhousie's health continued to deteriorate, he decided to return home to Scotland for the pure Highland air. After a brief tour of 'duty' in sunny Malta to meet several old flames, Dalhousie's wife Lady Susan fondly remembered 'Doolally',[4] coming home in his old ceremonial kilt. It was an emotional and a very physical encounter, if somewhat dampened when she was introduced to her husband's new genital wart a few seconds later. Lady Susan's diary entry of that day says, "My husband's privy member is different from how I remembered it before he left for India. This must have been the effects of the heat."

Not long after this unpleasant surprise, Lady Susan stopped writing her diary and died soon after. Lord Dalhousie lingered on a bit longer but he passed away in 1860, his death being mentioned in The Times obituary pages underneath the result of the 3.30 horse race at Ascot.[5] However before he died, Dalhousie was keen to propagate personal nostrum he had been formulating in his mind for some time. 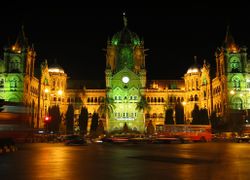 The formally Queen Victoria Station in the city formally known as Bombay, now know as the Shivaji Terminus in Mumbai. Queen Victoria never bothered to turn up for the opening, after facing strong criticism that the 'local shit-eating primitives' didn't like it.[6]

Dalhousie wasn't just a rotten Scottish jingoist, he also came up with the ideas to justify this behaviour. His new philosophical view which he called the Doctrine of Lapse[7], was part fuelled by the demands of his employers and part influenced by the 18th century Benthamite doctrine of Utilitarianism, a political theory that advocated paying your utility bills with rubber cheques. Articulated by the obese Jeremy Bentham, it was this doctrine of utilitarianism that posited that the "Greatest good was for the greatest number",[8] which worked so well in India as most family had ten occupants per household, plus the children that needed to get jobs to support their parents/miscellaneous shaman types.

"If they can't keep it legitimately, we can claim it because we're powerful enough to do so. I shall call my method the 'Doctrine of Lapse', and it shall vindicate the minefield of my utilitarian vision and also deceive the ignorant of our intention and ideology. In return we will build the infrastructure for these people to establish as many corner shops as they like, assured of deliveries of processed food via the new railways we'll build."[9]

It was on the back of this vast industrial progress that Dalhousie would set forth his ideas on the Doctrine of Lapse which would eventually affect his own Lordship at his home in Midlothian in Scotland. It bought forward the idea based on his early experience with toys that when one of the other children looked weak enough, you could take their toys off of them and blame their "weakness."

It was this doctrine which made the highly adventurist policy of the British East India Company[10] seem legitimate and beneficial. However Dalhousie's ambitions were not without detractors and subsequently he and his vision would eventually be usurped. Not by a doctrine of improving India or the region as his utilitarian ethic dictated, but via a desire for freedom and an excuse to for the Muslims, Hindus and Sikhs to fight each-other which they were quite content doing before the meddlesome British came along. 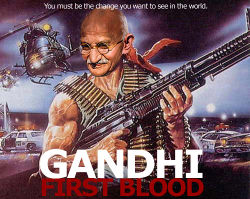 The subsequent 'mutiny' proved to be too much for the British, particularly as Haggis and Crumpet supplies proved irregular and expensive. Uprisings most notably headed by Mahatma Gandhi saw the end of Dalhousie's vision.

The legacy of his political doctrine along with the East India Company lives on today, with similar exploitative companies using cheap Indian labour and poor English skills in call centres to save money, thus making even higher profits for The Times top 100 Rich Bastards. It still takes place today, as multinationals still exploit cheap foreign labour at arms length to their respective governments. However, Britain is no longer alone in this jingoism. India itself has a new and well-franchised middle class ready to exploit their country.

Dalhousie himself could not have foreseen aspects of his ideology eventually becoming so prevalent but uncannily he was interested in spiritualism. It seems not only were the ghosts of the dead trying to get in touch but the spirits of those yet unborn were also trying to make themselves heard. This explanation can be the only reason that Dalhousie could be heard during several séances commenting, "Fuck off Gandhi!",[11] regarding the Indian mutiny. This statement has become synonymous with British views regarding the revolt and Gandhi himself, a symbol of this break with the Empire. Sadly despite the freedom fought for, in which many Indians died, the region became fissiparous politically and filled with call centres.

He has a bust of himself at the exceedingly good Chatrapati Shivaji Terminus in Mumbai, a symbol of the British power over the Raj. It subsequently became a symbol of British decadence and arrogance and that they could be incorruptible and eternal, particularly at Backgammon.

Dalhousie himself saw his vision of a united 'pro-trade' India, only to see it torn apart and made into two countries afflicted and troubled since the demise of British rule. The other country that sprung up since the split, Pakistan, has proven to be the rival corner shop and an enemy worse than the affable British. Today's wars in Kashmir still stake place and several border disputes with other neighbours such as China continue today. This regional tension and racial divide encompasses business concerns such as corner shops, call centres and 'strange smelling' Chinese supermarkets — all indicative of ongoing tensions in that part of the world.

Perhaps the great visionary would have smiled wryly with these developments. It's just a shame that today Lord Dalhousie's name essentially means 'fuck all' to most British people today.