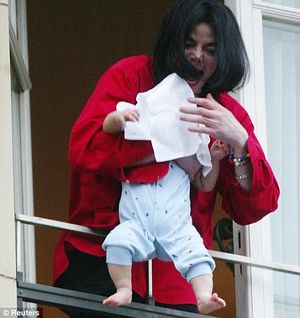 This is NOT how you raise a child.

How to correct a young child without harming his confidence[edit]

If your child fucks up you beat his or her head with a baseball bat! Thats about all you need to do to be a great parent.

To help your daughter when she "falls in love"[edit]

If your daughter falls in love, talk her out of it.

Allie has a letter from a boy at school. She runs into the living room waving it around.

Not looking up from your magazine, say, "That's nice. And do you know why he has an interest in you?"

Allie no longer looks so excited.

Now is your chance.

"He doesn't like you, sweetie. You see, boys like to dare each other to do things, and one of those things is ask girls out."

Allie will never talk to a boy again for a good long time, and if you're lucky, she won't speak to Dakota ever again. Sure, he'll be confused, but he deserves it.

Please be aware that this method doesn't always work. Allie might ask Dakota if it's true he was just dared to do it. If your daughter is like this, acknowledge that Dakota likes her, and proceed to list all the bad things about men, and all the things he might do.

"He could break your heart. He could cheat. If you think you're ready for a whole lot of trouble and difficulties, go right ahead. But it's better not to take that risk so young."

"But Mom,you and Dad were married four months after you met."

This is where you tell her to shut up and point out that you and your husband were twenty seven and twenty nine, not twelve and fourteen.

To discourage a child of ten from stealing preserves[edit]

This is quite a tricky subject. It is usually best not to just come right out with "Alonzo! You have been stealing preserves!," but to instead lock him in a closet for a week, feeding him nothing but preserves. By the second day he will have violent diarrhea, which will be made even more unpleasant by his being locked in a closet. By the fifth day his liver should begin to be inflamed, causing intense discomfort, and often further diarrhea. By day seven, he will have come to hate the taste of preserves, thus achieving your original goal. Do not, under any circumstances, tell him why you are keeping him in the closet. If he doesn't figure it out, tough. Increase the sentence by one week for each offense. 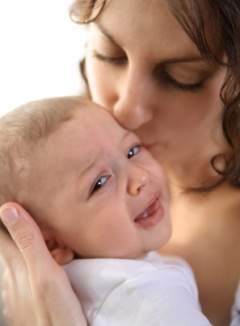 It's always important to know if you have the right kid.

Everyone knows that children can easily be bought out. However, this may be more difficult when attempting to make him deprive himself of his friends. A good way around this is to give his friends each a nickel to beat him up. He'll never talk to them again.

Robert was a mischievous, careless, happy, fun-loving boy, and quite fond of playing practical jokes. He had almost frightened his timid little sister into convulsions, and the other female members of the family, excepting his mother, suffered more or less from his pranks. His mother was much troubled as to what she could do to teach the boy a serious lesson, especially as he seemed to forget her admonitions as soon as he was out of sight.

One evening she was standing upon the porch looking out into the darkness of a moonless night, when she was startled by having a cold, wet cloth placed across her mouth; her waist was clasped by a boyish arm, which tried to be very strong and a gruff voice, with a suspicion of a squeak, whispered in her ear, "Don't speak, or I'll kill you! Where is your money?"

Realizing at once she had been mistaken for her sister, Robert's aunt, she quickly thought that this was the opportunity to teach him a lesson. So, uttering a piercing shriek, she went limp and fell to the floor.

The noise brought the other family members carrying a flashlight, and Robert discovered that this time he had frightened his beloved mother. He was horrified when he saw her with closed eyes lying so still, and began to think that she was injured.

"Mother! Mother!" he called. "Mother, why, mother, it was only me. Why, I didn't hurt you, did I, mother? Mother, are you dead?" A moment's silence, and then, beside himself with terror, he fairly shrieked, "MOTHER! MOTHER, ARE YOU DEAD?!"

Slowly his mother moved her hand, slowly she opened her eyes, and slowly raised her head, as her sobbing son helped her to her feet.

"I'll be good, mother!" He cried. "I'll never frighten anyone again. Oh, mother, I'm so glad you're not dead!"

You see how this would work. The guilt would be so intense as to be permanent, thus ending Robert's jokes.

You must always remember your goal: helping the child become a happy adult. If you lose sight of that goal, bad things can happen. Now grow some balls and beat your kid.

Note: this article is based on an actual child-rearing book from 1917 called "Practical Child Training".