From Uncyclopedia, the content-free encyclopedia
(Redirected from Boycott)
Jump to navigation Jump to search 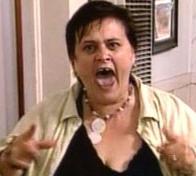 Oh God David, what Horrid things are you looking at now?!

Why, I am so utterly disgraced! I just came home from a rousing day at work to find my 14-year old son, David, giggling loudly while using the family computer. I was reminding him to let the dog out, then I looked at the screen, and saw absolute horror. He was looking at vulgar, evil, and profane things! My jaw dropped when I saw a total of four F-Bombs, uncensored, in one section. I gave him a good spanking like a good Mother would and grounded him for a total of 1 whole week. I mean, Honestly, how can some people be so evil? I am just trying to raise my only son to be a good, morale, Christian boy, free of Sin and Brainwash, after my loving husband left this Blessed family.

In today's collapsing society of Profanity and Evil, things get worse every day, first, the Blacks get freed from Slavery, and then they turn into Idiots, brainwashing today's kids with vulgar demonic chants. Some people call me a racist, but I am in fact telling the truth. Today's African Americans have turned into evil separate beings who can't speak two normal words! Have you been possessed? Let this be a lesson to you, most of you have turned away from the path of goodness, so please, please, stop Brainwashing our youth, and get a hold of yourselves.

Second of all, with the rise of the Internet, our kids are learning about things they shouldn't be knowing about until they're at least 21! Plus, our kids are viewing such terrible sites, like Uncyclopedia. Pedophiles are getting a hold of our kids via AIM, and MySpace, and Facebook, and all those other bad sites. They shouldn't be going on those sites at all! In fact, almost every site is blocked at our house. Wikipedia (They might learn about bad stuff), YouTube (Swearing, plus, they have videos of Rap!), Every Social Networking site (because of those weirdos), and now This Site is blocked, honestly, is there one good site on the Internet?

Boycott Uncyclopedia, and all of those other Horrid Sites![edit]

Yes, Uncylopedia is so bad that it needs to be taken off the internet! It's a mess full of Cyberbullying and Vulgarity! Our kids will come across this site, thinking it's for kids, and then be exposed to Profanity and Racial Slurs! Sign the petition to Boycott Uncylopedia, and ultimately eliminate this garbage from the Web! But we shouldn't stop there, we should ban any other profanity our children might be exposed to on the Internet!

Boycott the Internet in General![edit] 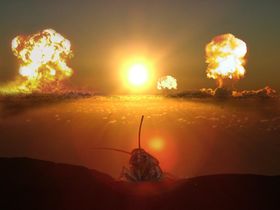 You see, if today's kids aren't good Christians, who knows what could happen!

Yes, you might call me crazy, you might call me insane, you might send me death threats, but I think we should get rid of the internet once and for all! I know it'll be hard to adjust, but I'm sure that today's kids will be much better without the internet at all. Just think about it. There would be less Nerds, so therefore, we could have more workers that actually do physical work like God intended man to do, instead of just sitting on a computer all day staring at spread sheets!

Also, if we boycotted the Internet, Software Piracy would stop as well. I don't know anyone who actually cares about Software Piracy other than me, but I'm sure there are some people who don't like it! Besides, you can still get Busted for it! Also, Downloading Songs illegally is a Crime, so therefore, it's a Sin against God. This isn't really a major issue, but hey, I gotta have something to Complain about!

But, on the other hand, if we boycotted the internet, the U.S. economy might collapse as we know it, and America would go crazy, but we'll adjust to it. Just as long as our kids are safe and free of Sin, everything will be fine, I promise!

Oh, but doing away with the Internet is just the start of a genius plan I have. Y'see, in today's world, children might learn about Sex and Profanity in other ways! If we want to make a Sin-Free world where our kids can be safe, we have to follow these steps: 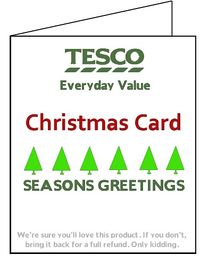 "Dear Mr. Talabani of Iraq, we are very sorry for demanding oil and killing your people. We hope you can forgive us for our questionable deeds. Merry Christmas."
-USA

1. First, we stop all Public and Private schools. In those schools, they teach about evil things in Science class, and they teach nothing about the Bible! Plus, our kids might actually get to interact with other kids, who might say Profanity, or maybe offer them Drugs. That's not a risk I'm willing to take as a Mother! I home school my son David, and you should too!

2. If all goes well, next, we have to completely kid-proof our houses! No more computer or television access (Unless they want to watch Sesame Street, that's okay). Put Bubble Wrap on everything to keep them safe, for our kids, we shall put them in straitjackets until they are 21! That's what I'm going to do with my David! That way, he'll live a long and healthy life, and he won't come in contact with anything Vulgar!

3. Now that our kids are completely safe before they're 21, we have to make them safe after the age of 21. To do this, we shall pour all liquor and other alcoholic drinks down the drain. Alcohol will then be made illegal all over the U.S.! Even rubbing alcohol!

4. Next, we have to make all crime and sin punishable by death, I know this is crazy, but there are so many weirdos out there, that we can't take any chances. They might promote Sin in our youth. Sex should only be for Pro-Creation purposes after you've been Married! Also, we must ban cars, cars crash and run over people. We can't take that chance around our kids! Let's ban cars, or any vehicle for that matter.

5. We're not going to stop at the U.S.! Next, we should send all the U.S Soldiers in Iraq home! We'll send Iraqi leaders Christmas cards, saying that we're sorry for demanding Oil and killing your people, and see how that works out. Meanwhile, we'll discuss my plan at the United Nations headquarters, and make peace with every single country. If all goes well, we will be living in a clean, Sin-free Earth.

6. There's one last step we have to take if we truly want to live the way God originally intended us to live. We have to completely get rid of all man-made technology, destroy science labs, and then entire cities. For some decades afterward, our workers will clean up the garbage and dump it in the ocean. Then, we will live the way God wanted us to live in the very beginning.

So, that's my plan. If you support my plan, sign my petition to make our world free of Sin and Vulgarity! I'm confident it'll work out. Remember, every signature counts

How hard could it be?[edit]

I imagine that this couldn't be that hard to do, although it may take quite a while. The hardest part will probably be getting rid of the alcohol, because I'm sure once we get rid of it, Some People won't be very pleased, and may take some action against me. But I'm sure they'll adjust to it eventually. As I have stated earlier, I am very confident that this plan will work out, just as long as you, <insert name here>, support me. So go ahead, support my plan to make our world Sin-Free by Signing my Petition!

I could've just watched my son more closely on the computer like a good mother...